Nowadays, we marvel at the adventures of explorers like Sir Ranulph Fiennes as they visit strange and exciting lands, going where few have gone before.

But modern-day exploration doesn't come cheap, and the same was certainly true 400 years ago. Indeed, not even the Mayflower could have crossed the Atlantic in 1620 without the necessary funding in place.

One man who made a telling financial contribution to the famous voyage was William Mullins.

The year before the Mayflower set sail, Mullins made one of the largest investments in the Pilgrims' joint stock company and subsequently - and rather unusually - went on to become one of the ship's passengers.

Mullins is believed to have run a successful shoe-making business, so why he risked the voyage to North America is not known.

He was not one of the ‘Saints’ (the religious separatists who rejected organised worship) who initiated the voyage, but one of the ‘Strangers’ who were recruited to fund the crossing.

Mullins coffee shop in Dorking, which is named after William Mullins

What do we know about William Mullins?

William Mullins is said to have been born in 1572 to John and Joan (Bridger) Mullins of Dorking in Surrey,

It appears Mullins made a good living as a shoemaker, as his was one of the larger investments in the Merchant Adventurers.

This group of London businessmen, under the direction of Thomas Weston, invested in the Mayflower voyage from the very start.

However, a subsequent dispute over working terms caused an irreparable rift, and eventually the Pilgrims bought out the Merchant Adventurers to form their own investment company.

In May 1619, Mullins is said to have sold his Dorking Manor holdings to Ephraim Bothell / Bothall for £280 - a decision which could have formed part of his transatlantic preparations.

Mullins boarded the Mayflower with his wife, Alice; daughter, Priscilla, and son, Joseph, aged 17 and 15 respectively - together with the family's servant, Robert Carter. His two grown-up children, Sarah and William, remained behind in England.

Mullins is believed to have taken with him to North America a large quantity of business stock, and his would have been among the first businesses in the Plymouth Colony.

He was also one of the 41 “true” Pilgrims who signed the Mayflower Compact.

After the Mayflower landed at Cape Cod in November 1620, disease killed many of the first settlers.

Mullins himself died on 21 February, 1621, just three months after landing. Alice, Joseph, and Robert Carter all passed away just a few months later.

What happened to Priscilla Mullins?

In 1622, Priscilla, the only surviving member of the Dorking party - and the Mullins family who made the voyage - married John Alden, a cooper from Harwich in Essex.

The couple went onto have 10 children - many of whom made it to adult age - and Alden helped to found the town of Duxbury, Massachusetts, just beyond Plymouth Colony.

You can read all about their amazing story here. 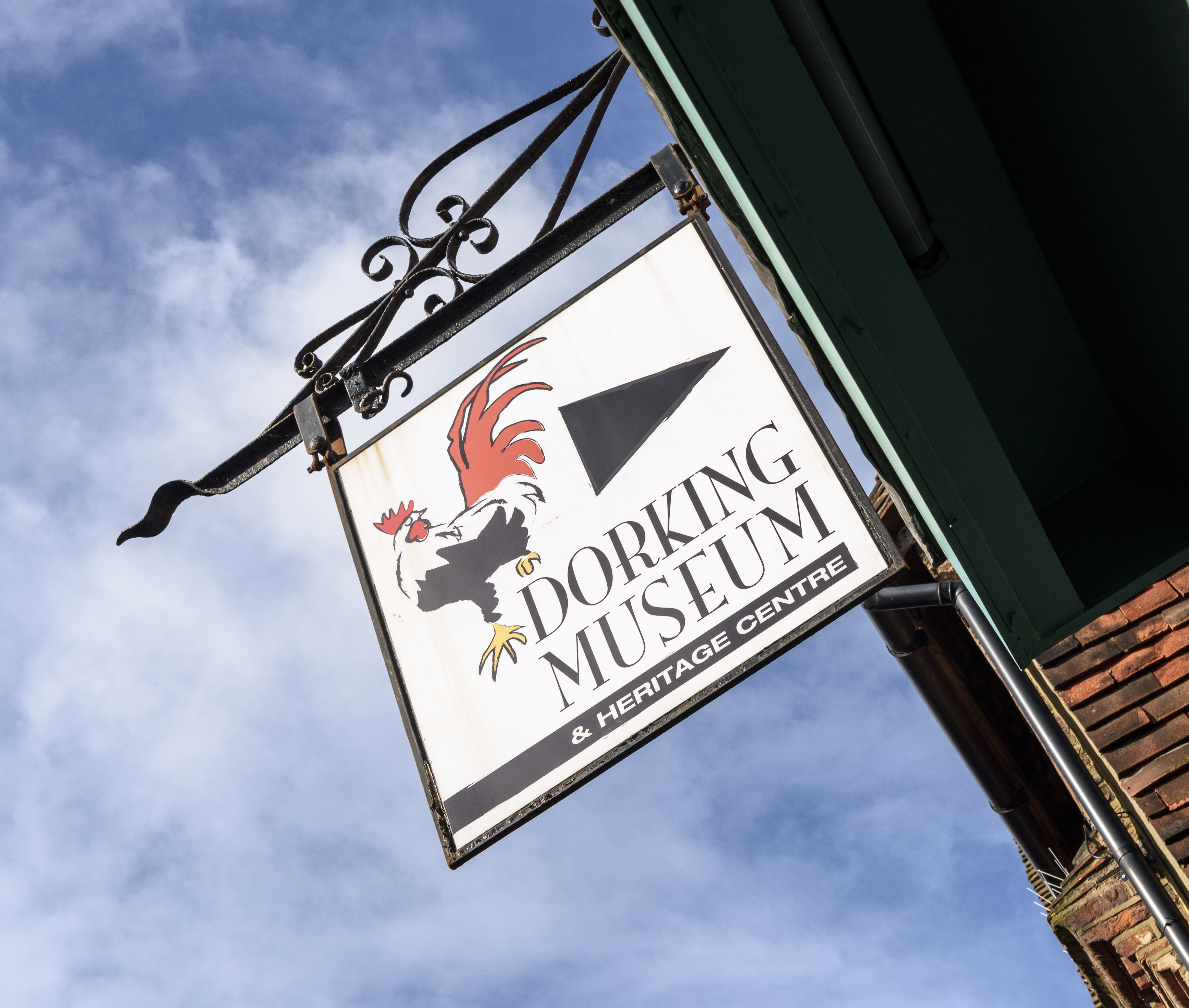 The Mullins family is buried in Cole's Hill Burial Ground in Plymouth, Massachusetts, where a sarcophagus is situated as a memorial to those who died during the first winter in Plymouth Colony.

Mullins’ house on West Street, near to Dorking Museum, is thought to be the only surviving home of a Pilgrim Father. This impressive building dates from between 1568 and 1610.

Records show that Mullins bought it with a mortgage in 1612, and then sold it in 1619 - the year before the Mayflower set sail.

Today, you can take a guided 90-minute walking tour of Dorking and find out more about the Mullins family and the other passengers who hailed from the town.

Dorking Museum also has an exhibition where you can learn more about the Mullins family, and Mullins even has a coffee shop in Dorking named after him!