An illustration of the first Thanksgiving

Read the stories of the Pilgrims?

Edward Winslow often isn’t the most heralded of the Mayflower passengers. His skills in diplomacy, writing and politics don’t usually put him in the story books’ limelight.

But his ability to forge friendships with the Native American community, battle in England’s corridors of power and help communicate the Mayflower’s legacy mean he is one of the story’s crucial figures.

He was born in Worcestershire, in the town of Droitwich Spa in 1595. His family were involved in the salt production trade and owned a salt pit - you can trace the long history of salt production at the town’s Heritage and Information Centre, including the Winslow family history. Just outside the Centre is a bronze statue of Edward Winslow, depicting the moment he first set foot on land in America.

Between 1606 and April 1611 he studied at the King’s School at nearby Worcester Cathedral. He was one of ten students championed for a scholarship by the Dean of the Cathedral. His admission is listed in the Cathedral Library. He would have studied Grammar, Latin and Greek. This education would mark Winslow out in the Pilgrims and be a factor in becoming a leader in their ranks. 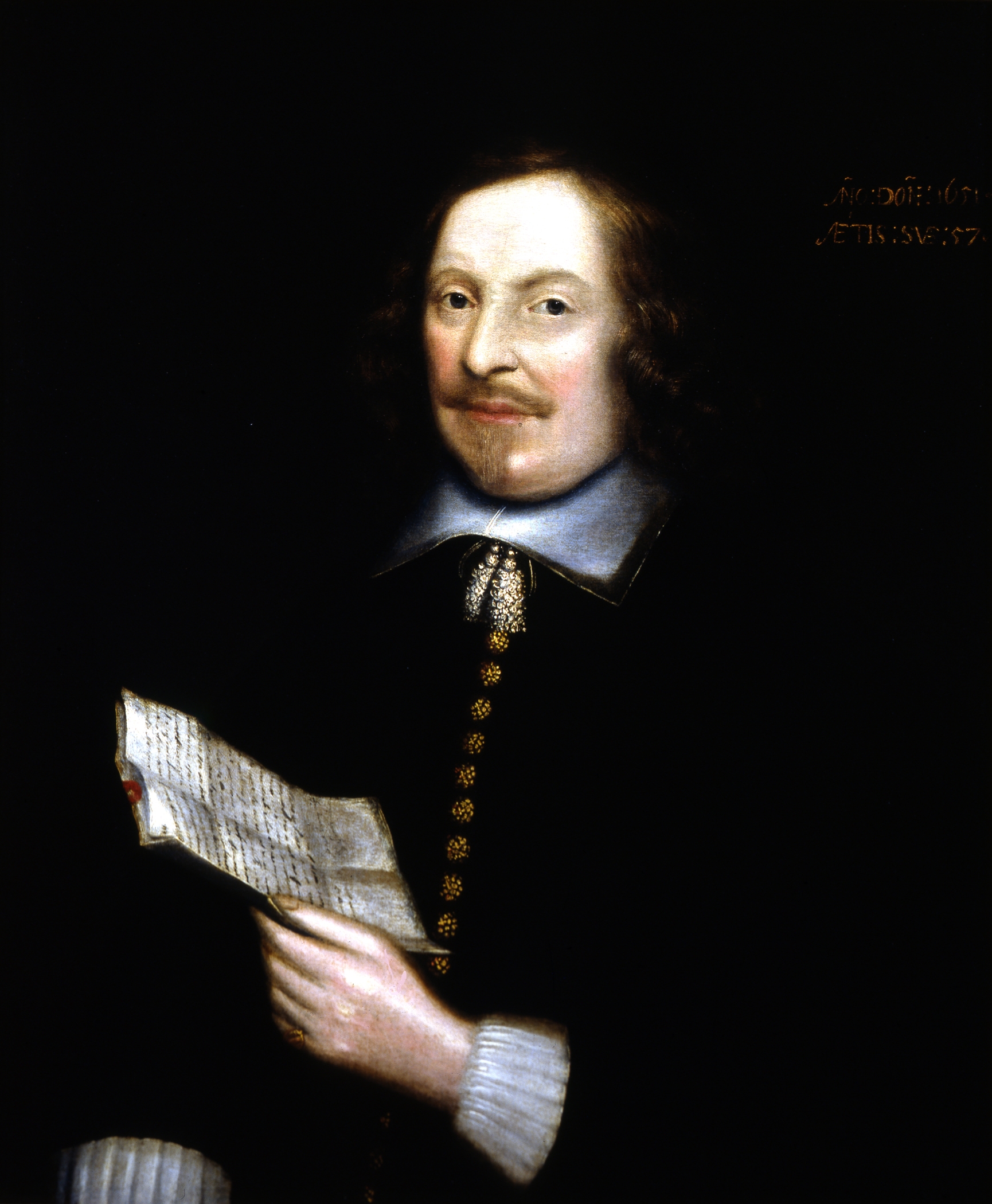 A portrait of Edward Winslow - the only Pilgrim to have a verified portrait, painted in 1651 in London. It hangs in the Pilgrim Museum in Plymouth, MA

The Cathedral Library, once also a school room for King’s School, houses one of the country’s most important collections of medieval books, manuscripts and music. It has rare documents and books from around the time of the Mayflower Pilgrims leaving England. 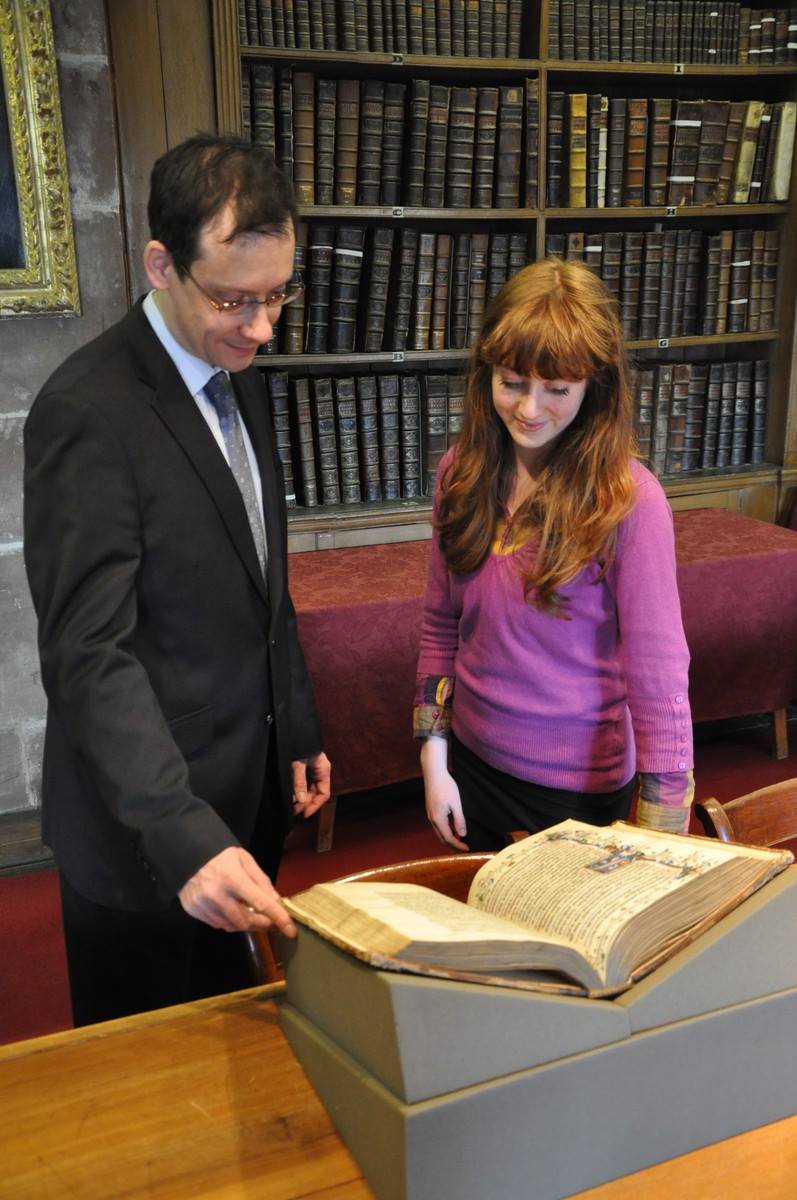 Inside the Cathedral library

He became an apprentice to a stationer but after a dispute, decided against fulfilling his contract and began to travel in Europe, meeting the exiled English Separatist church in Leiden, Holland, in 1617. These Separatists had fled persecution for their religious beliefs and had settled in Leiden, a kind of refuge at the time, and would go on to plan the Mayflower’s historic sailing in search of the New World and a new life.

Winslow helped the Separatists in their underground printing activities and soon became one of the leading members of the group. He married Elizabeth Barker in 1618, listed as a printer in the marriage records.

He became instrumental in organising the journey to America, helping decide how they would finance the operation with John Carver and Robert Cushman, who we negotiating with merchants in London.

In the summer of 1620, Winslow was among the Pilgrims who sailed from Leiden on the Speedwell, arriving in Southampton to meet the Mayflower, with the intention of both ships sailing to America. It didn’t work out that way and after a stop in Dartmouth the passengers on the Speedwell transferred to the Mayflower at their last stop, Plymouth. It meant that with 102 passengers on board, the Atlantic crossing was extremely arduous and overcrowded.

Winslow travelled with his wife Elizabeth, his brother Gilbert plus a servant called George Soule and a youth named Elias Story. Also in their care was a girl called Elinor More - one of four children from the More family of Shipton in Shropshire who travelled with the Pilgrims.

They arrived in Cape Cod in November 1620, many miles from their intended destination. Recognising they needed something in law to allow them to settle in a place they had not expected to find, they drew up the Mayflower Compact - a document that pledged their allegiance to the crown and set out the basis of democracy in the new land. Edward Winslow was one of the signatures on the historic document.

They eventually settled in Plymouth at the beginning of a bitter first winter that would claim more than half of the population. In February 1621, that would include William White, who died living his widow Susanna White and their sons Resolved and Peregrine, who was the first child born in the colony. On March 24, despite surviving that harsh winter, Elizabeth died. A month-and-a-half later Edward and Susanna married in a civil ceremony held by Governor William Bradford - they were the first to marry in the new land. The couple had three sons - Edward, John and Josiah, one daughter - Elizabeth, and one unknown child who died young.

During this tumultuous time, Winslow formed a positive relationship with Massasoit, the leader of the Wampanoag tribe whose land the Pilgrims had settled upon. It’s thought that his natural ability as a diplomat meant an alliance formed between the colonists and the Native Americans. His interest in the Wampanoag people was crucial and the Pilgrims received crucial help in learning how to survive in the new land.

When Massasoit first visited the Pilgrim colony, a haphazard settlement at best, Winslow was among the first to greet him. It’s believed he would also help nurse the chief back to health when he fell ill - reportedly using his renowned chicken soup to do it!

The two groups celebrated the first Thanksgiving together in December 1621 - a feast shared in the bountiful harvest. Winslow would later write:

“Our harvest being gotten in, our governor sent four men on fowling, that so we might after a special manner rejoice together, after we had gathered the fruits of our labors; they four in one day killed as much fowl, as with a little help beside, served the Company almost a week, at which time amongst other Recreations, we exercised our Arms, many of the Indians coming amongst us, and amongst the rest their greatest king Massasoit, with some 90 men, whom for three days we entertained and feasted, and they went out and killed five Deer, which they brought to the Plantation and bestowed on our Governor, and upon the Captain and others. And although it be not always so plentiful, as it was at this time with us, yet by the goodness of God, we are so far from want, that we often wish you partakers of our plenty.”

He wrote several first-hand accounts of these early years, including portions of A Relation or Journal of the Proceedings of the Plantation Settled at Plymouth (London, 1622) and the entirety of Good News from New England (London, 1624). Winslow published a number of pamphlets defending and promoting the New England colonies.

Edward Winslow became involved in defending the Plymouth and later Massachusetts Bay Colonies from their opponents and adversaries in England, and made several trips back and forth between England and Massachusetts, including trips in 1623/4, 1630, and 1634; on one occasion he was arrested and thrown into the Fleet Prison in London by his adversaries, on grounds that he had performed marriage ceremonies without being ordained. In-between, he was sent to sort out a boundary issue with other settlers in nearby Maine.

He won favour with Oliver Cromwell, who had overthrown the very monarchy and ideals that the Pilgrims had first fled and was appointed to parliamentary committees, including one overseeing the confiscation of property from royalty. His skills as a politician meant he was in demand and it also meant he was able to help secure the future of the colony from his position back home.

This didn’t necessarily sit well with the leaders of the colony. William Bradford was reportedly unhappy with Winslow’s jet-set behaviour but in 1655 Cromwell placed him on a military expedition to the West Indies with the aim of establishing new English settlements there. This would have been a high honour and a new colony for him to be part of and Cromwell wanted him to be the Governor of Jamaica.

He would never see it though, having died on board during the voyage. He died a god-fearing Pilgrim at heart and with him went a very special set of skills that built friendships, won negotiations and established a new way of life in a new land.