Who were the Pilgrims?

He was the first signature on the historic Mayflower Compact, the first governor of the Plymouth colony and the man who negotiated peace with the Native American Wampanoag community.

But John Carver would never live to see the new life he had built for the passengers of the Mayflower in the New World.

Tragically, he died in the spring after the Mayflower landed in America in November 1620 - despite surviving the harsh first winter that wiped out nearly half of the pioneering Pilgrims.

There is no doubt of the influence of this key figure in the Mayflower story - as well as being the first signature on the Compact, John Carver may well have been its author. He was also instrumental in organising the Pilgrims’ historic crossing.

The first trace of John Carver in the history books is in 1609. It’s believed he may have been part of the Walloon community in the city of Leiden in Holland. The Walloon church had fled religious persecution from Spanish territory in the Netherlands just like the English Separatist church that fled their homeland for Leiden in 1607. The Separatists were the key group of people at the heart of the Pilgrims, the people that would drive the Mayflower’s sailing.

Originally though, it’s suspected Carver was born in Doncaster, England, and might have even been part of the original Separatist congregation in nearby Nottinghamshire. Either way, by 1609 he was in Leiden, married to a woman called Mary. She died and he remarried Katherine White - a member of the English Separatist Church that had arrived in Leiden. 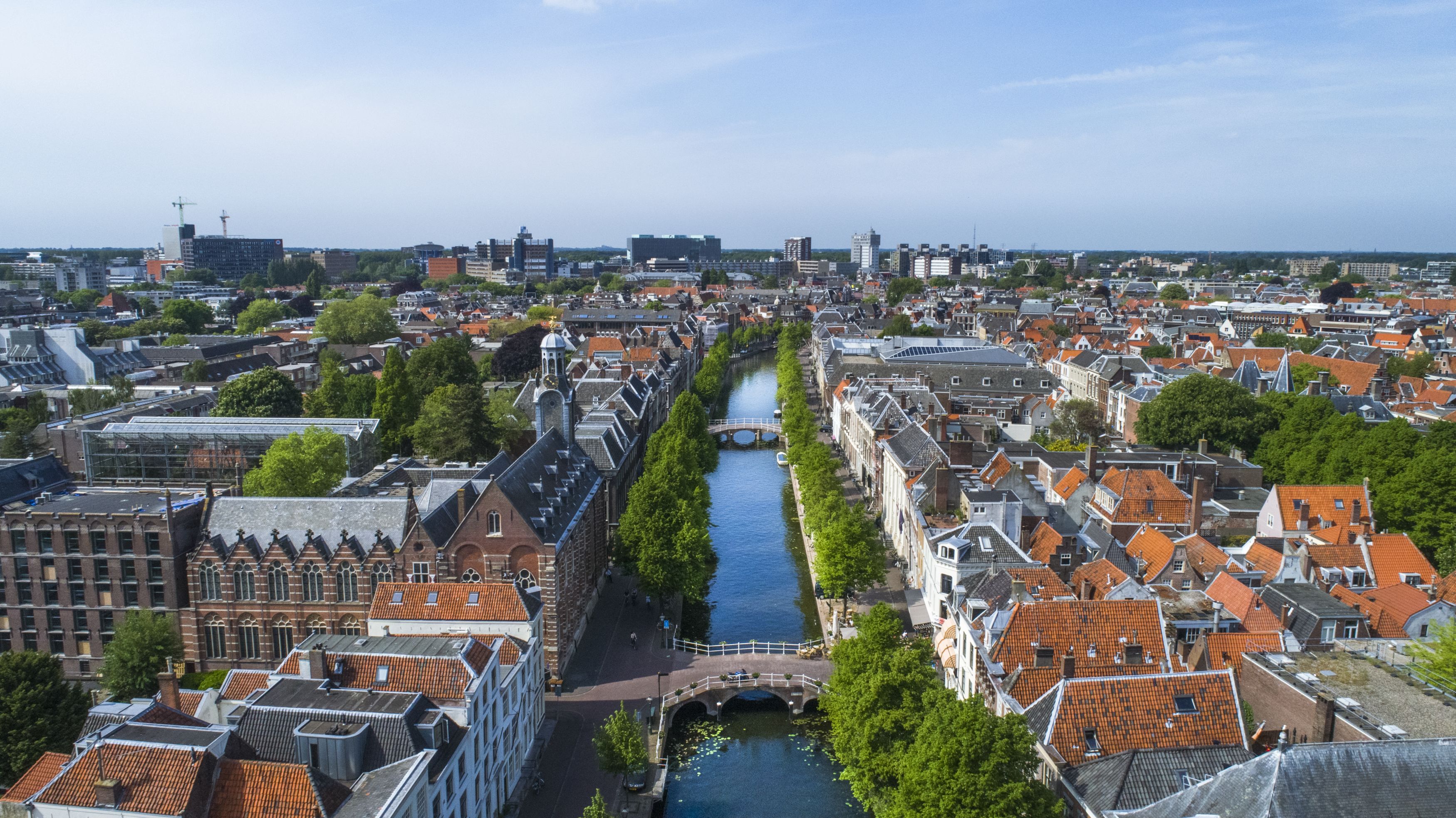 The Dutch city of Leiden

Katherine was from the little village of Sturton Le Steeple, part of a network of towns and villages in the north Nottinghamshire region that were a hotbed of radical religious thinking. She crossed with other members of the so-called Separatist church to Holland, boarding a ship from the coastal town of Immingham. Sturton is one of the villages on the Pilgrim Heartland Trail on the official Mayflower 400 App.

Sadly, it’s recorded that John and Katherine Carver buried a child at a church in Leiden in November 1617.

After marrying Katherine, Carver grew closer to John Robinson - the pastor to the Pilgrims and became integral to the group’s life in Holland and the decision to start a new life on their terms in the New World. They began to plan their journey to America and Carver had two key roles to play.

Second, he won the key financial backing that funded the journey. He approached businessman Thomas Weston in Aldgate, London, in 1620, together with the Merchant Adventurers. He and Cushman convinced them that they would see a return on their investment if they funded their voyage. Thomas Weston agreed and hired the Mayflower, and it sailed from the port of Rotherhithe in London to Southampton to rendezvous with the Speedwell, which was carrying the Pilgrims from Leiden in Holland.

Carver was no stranger to money though and used his personal wealth to fund the Pilgrims. He was already in Southampton when the ships arrived, buying supplies for the journey, together with fellow Pilgrim Christopher Martin. He boarded the Mayflower with his wife Katherine, five servants, and little Jasper More, aged seven. Jasper was one of the children of the More family who had been sent in the care of the Pilgrims.

The ships stopped in Dartmouth and finally Plymouth when the Speedwell was deemed unseaworthy and the Pilgrims all boarded the overcrowded Mayflower, bound for the New World. 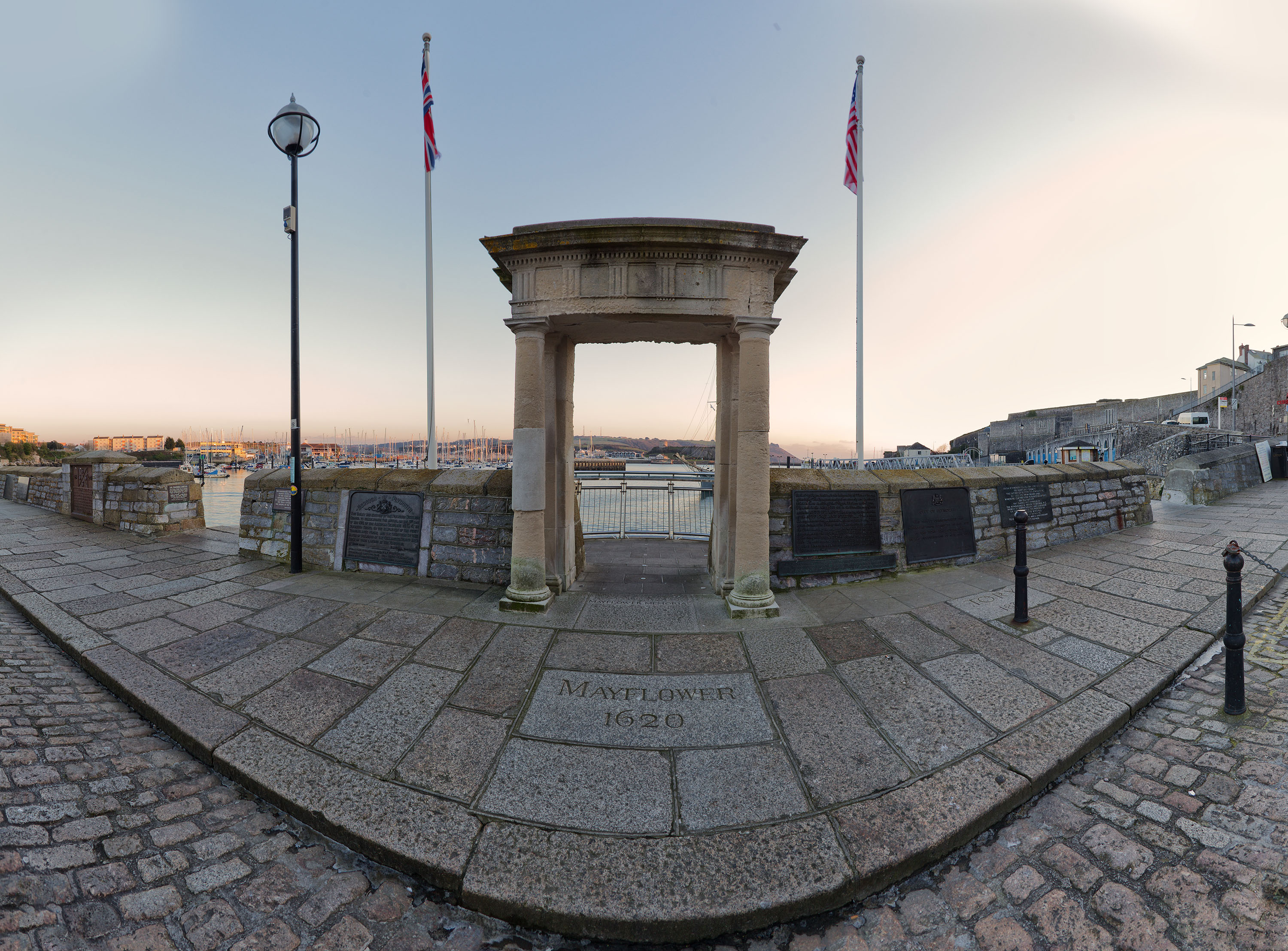 The Mayflower Steps in Plymouth, the last time John Carver would have set foot on land in the UK

Carver was elected governor of the ship during its crossing, and when the ship landed at Cape Cod in November 1620, one of the leading voices in drawing up the Mayflower Compact.

It had been a tough crossing and the strong winds meant they were nowhere near the land they had agreed to settle on with the Virginia Company. So by drawing up the Compact, it meant they had something in writing that showed they would self-govern while confirming their allegiance to the Crown in England.

At its heart, John Carver had helped draw up a social contract, a set of rules that everyone would agree to live by. His was the first signature and many believe he would have written it.

Drawing up the Mayflower Compact

Life and legacy in the New World

Carver continued as Governor when they Pilgrims settled, leading them through the harsh first winter that would lead to much suffering among the group, with nearly half perishing in the difficult conditions.

During this time he and Massasoit, the leader of the Wampanoag, the Native American people who originally lived on the land the Pilgrims had landed on, worked out a peace treaty and an agreement to mutually protect each other. This historic peace would last for more than half a century.

In the spring of 1621, while working in a field, Carver complained of a pain in his head. He returned to his house to lie down and soon fell into a coma, and he died within a few days, not long after April 5, 1621. William Bradford was chosen to replace him as governor; Bradford was recovering from illness, so Isaac Allerton was chosen to be his assistant.

After all the secret burials that were performed all winter when members of the young colony died in the harsh environment, the settlers wished to bury the governor with as much ceremony as possible.

Bradford wrote in April 1621: “He was buried in the best maner they could, with some vollies of shott by all that bore armes; and his wife, being weak, dyed within five or six weeks after him.”

Carver was buried at Coles Hill Burial Ground in Plymouth.

Without John Carver, perhaps the Pilgrims’ historic voyage would not have taken place, nor their key legacies - the Mayflower Compact and the relationship they were able to form with the Wampanoag. Sadly, he would never live to see it. He had no known surviving descendants.