There are many notable figures in the Mayflower story, but few people played a bigger role in establishing Plymouth Colony than Isaac Allerton.

During his time in England and Holland, Allerton was a humble tailor - but all that was to change when he boarded the ship in Plymouth in September 1620.

Although he and his family survived the treacherous transatlantic crossing, Allerton then had to suffer the unimaginable grief of losing his wife and newborn child while the Mayflower was anchored off Cape Cod.

Despite his personal tragedy, Allerton went on to become one of the Pilgrims' leading figures, as well as protecting his children so they could grow up to have families of their own.

He served the Colony's elected Governors for more than a decade and later became an influential businessman and politician.

Who was Isaac Allerton?

Recent research by Caleb Johnson and Sue Allan identified that Isaac Allerton was born in 1568 in East Bergholt, a village in Suffolk some 10 miles south of Ipswich.

In the early 17th century, he worked as an apprentice to London blacksmith James Glyn, but broke his contract and travelled to Holland in 1609. Two years later, he married in Leiden to Mary Norris, from Newbury in Berkshire.

Allerton lived in Pieterskerkhof, near St Peter's Church, and worked as a tailor. He boarded the Speedwell with his wife, three children - Bartholomew who was seven or eight, five-year-old Remember, and Mary who was about four. The family was also joined by Allerton's apprentice from Leiden, John Hooke.

Mary was pregnant during her time on board the Mayflower but sadly gave birth to a still-born child while the ship was anchored in Plymouth harbour. Mary herself died two months later.

Allerton had a sister named Sarah, who also lived in Leiden and went on to wed future Mayflower passenger Degory Priest.

After the tragic death of his wife and newborn child - as well as John Hooke - Isaac Allerton became one of the 41 “true” Pilgrims who signed the Mayflower Compact.

In 1624 he was sent with Edward Winslow to England to collect goods, before returning to the UK again two years later to purchase supplies and negotiate to purchase the company from the London Merchants.

During that time, Allerton married Fear Brewster, the daughter of William Brewster, and the couple had two children, Sarah and Isaac.

In 1627, Allerton returned to Plymouth with the agreement signed by all parties. He was dismissed in 1631 for exceeding authority in trading / financial matters and self-trading to his own benefit.

Allerton maintained property in both the English and Dutch settlements and, after the death of his second wife, he moved to Marblehead to focus on trading with New Amsterdam and New Sweden colonies.

He remarried Joanna Swinnerton, sometime before 1644 - probably at Marblehead - and died in February 1658/59. 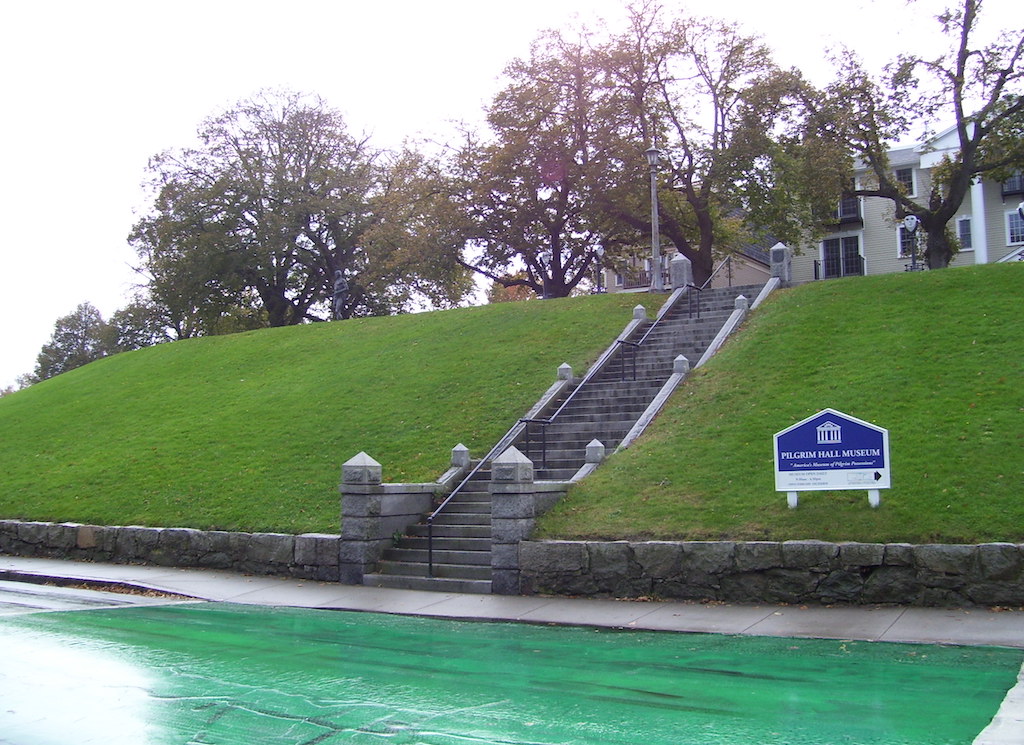 Isaac Allerton is thought to be buried in New Haven, Connecticut, where he lived at the time of his death.

His first wife, Mary, is believed to have been laid to rest in an unmarked grave - as with many who died during the first winter - at Coles Hill Burial Ground in Plymouth, Massachusetts. She is named on the Pilgrim Memorial Tomb on Coles Hill as "Mary, first wife of Isaac Allerton".

All of Allerton's surviving children - with the exception of Sarah - married and each had a large number of children, meaning the family has a number of notable descendants that includes at least two former US presidents, Franklin D Roosevelt and Zachary Taylor.