He hailed from a sleepy village in England - but would go on to influence the future of one of the world’s biggest nations.

William Brewster was one of the elders in the new colony of Plymouth, but his history stretches back to a little church in Nottinghamshire.

Brewster was born in the 1560s, most likely in the tiny village of Scrooby, where in his early life he was inspired by the words of the radical preacher Richard Clyfton, based at the nearby All Saint's Church in Babworth.

The son of William Brewster, he was educated in both Greek and Latin and attended Cambridge University, though he never finished his studies.

Brewster went into the service of William Davison, then Secretary of State probably through family and University contacts. Under Davison, Brewster traveled to the Netherlands. 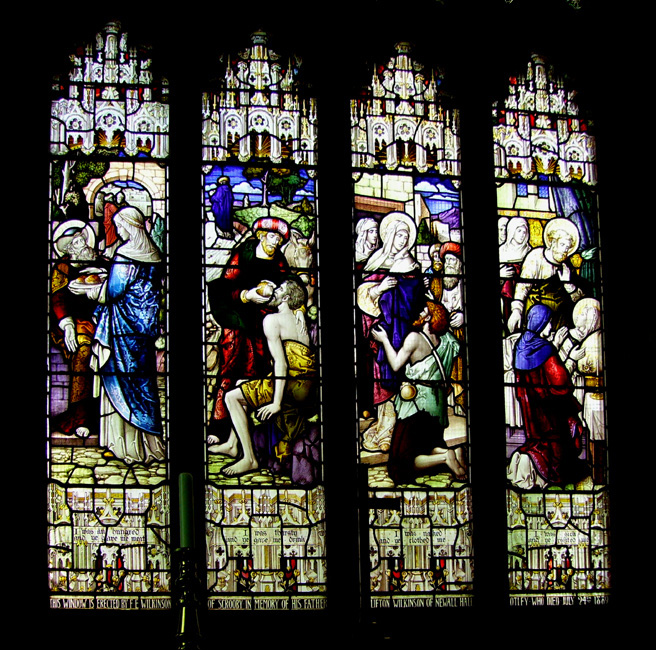 Inside All Saints Church, Babworth

After Davison was removed by Queen Elizabeth, Brewster managed to get his father's postmaster duties based at Scrooby Manor.

Brewster was instrumental in establishing a separatist church with Richard Clyfton, using the Scrooby Manor for meetings.

He and members of the congregation faced prosecution so went to Amsterdam in 1608, and then Leiden, Holland in 1609. There, he lived near St Peter's Church, and became the Church Elder.

Working with others in the congregation - including Thomas Brewer and Edward Winslow - Brewster began publishing religious books and pamphlets that were then illegally conveyed into England.

He also employed himself teaching English to students at the University of Leiden.

By 1618, the English authorities were on to Brewster and his printing press, and he was also being pursued by the Dutch authorities.

Thomas Brewer was arrested and imprisoned, but Brewster himself managed to evade the authorities and went into hiding in Holland and perhaps even England.

When the Leiden church congregation decided to send the first wave of settlers to establish a colony to which everyone could eventually move, their pastor John Robinson decided to remain behind in Leiden with the majority of the congregation.

The smaller group that went on the Mayflower desired the next highest-ranking church official to go with them - so Brewster agreed and joined the first group of separatists on the voyage to North America.

As a Church Elder, he led the congregation on the Speedwell and, then, the Mayflower, and brought his wife, Mary, and their two youngest children, Love and Wrestling, across the Atlantic.

When the Mayflower landed in North America, Brewster became the senior Elder and served as the religious leader of the colony.

He became a separatist leader and preacher and, eventually, an advisor to Governor William Bradford.

Brewster's son, Jonathan, joined the family in November 1621, arriving at Plymouth on the ship Fortune, before his daughters, Patience and Fear, arrived in July 1623 aboard the Anne. Sadly, both daughters later died in 1634, when smallpox and influenza ravaged both the English and the Indians in the region.

Being the only university-educated member of the colony, Brewster assumed the role of the colony's religious leader until a pastor, Ralph Smith, arrived in 1629.

He continued his work as Church Elder throughout his life at Plymouth Colony. Brewster’s wife died in 1627. He never remarried, and died himself in 1644 aged 80. His will lists many hundreds of books including over 60 in Latin.