The Mayflower eventually set sail from Plymouth, UK, on 16 September 1620 to start what would prove to be a treacherous transatlantic voyage to America.

On board were more than 100 men, women and children – passengers and crew from different walks of life across England and the Dutch city of Leiden.

But Plymouth was just the final departure point in a journey that had begun many years earlier.

This is the fascinating story of how the colonists made the trip possible, and the events that led to them gathering on the water’s edge in Devon some 400 years ago.

It's important to note that before the Mayflower left its final port, the lands its passengers hoped to build a new life in were already inhabited.

The indigenous people living in what we now call Massachusetts in America had lived there for many thousands of years but, in the years leading up to 1620, had been afflicted by disease brought to their shores by European explorers, traders and slavers.

The period from 1616 to 1619 is known as the Great Dying. A mysterious disease brought from foreign lands ravaged the lands where tribes such as the Wampanoag - who the Mayflower's colonists would go on to meet - lived, killing much of their people.

They had also suffered at the hands of slavery, with records showing that Native American people were abducted from their homeland and taken back across the Atlantic in the period leading up to 1620.

You can read more about the history of the Wampanoag by clicking here.

Meanwhile, in England in the early 17th Century, a group of people who wanted to practise their religion in a way forbidden by the Church of England were planning to escape overseas. They were known as 'Separatists'.

The religious separatists who voyaged to America in 1620 mostly originated from an area where modern-day Nottinghamshire, Yorkshire and Lincolnshire meet. Villages and towns such as Scrooby, Babworth, Austerfield and Gainsborough were home to many of these people and the separatist activity.

Regarded as dangerous renegades who rejected fundamental principles of the State and the established Church of England, they worshipped in secret to avoid arrest and persecution.

This area saw the rise of a number of people who went on to play key roles in the Mayflower story - including William Bradford, William Brewster, John Robinson and John Smith.

Eventually, they planned to escape to the Netherlands to avoid persecution by the Church.

When the separatists were planning their escape to the Netherlands, they held secret meetings with local people in the town of Boston in Lincolnshire.

In the autumn of 1607, they planned their first escape attempt. However, their plan failed when the ship's captain they had hired betrayed them to the authorities.

They were surrounded by soldiers and, after rifling their possessions and seizing money, books, clothes and other personal items, the party was carried to the town by boat, where they were made a great spectacle to the crowds who had come to see what was happening.

Without any of their possessions, this group of people were held at the town's Guildhall.

When they were brought up into the courtroom, their crime was that of trying to leave the country without the King’s permission.

Not quite sure, though, really what to try them for, the seven ring leaders of the group were asked to make their own way up to Lincoln to the Assize Court, which is where larger cases were held such as murder and manslaughter.

It is not known whether the group actually ever made it to Lincoln, as nobody accompanied them on that journey.

However, the following year – in 1608 – they managed to escape from the coastal town of Immingham over to the Netherlands.

Following their escape from England, this group of Separatists were granted leave in 1608 to settle in the Dutch city of Leiden.

They lived there for many years, buying land near Pieterskerk church and building houses that became known as the Engelse poort (English Alley) - still known as that today.

However, by 1617, the colonists were disenchanted by life in Leiden and planned to leave, eventually settling on America. They needed financial backing – not so easy given their radical religious beliefs. They turned to the Virginia Company, based in the heart of London, for help.

As well as seeking land for the King, they wanted to be allowed to cover themselves under English law and to be free to follow their consciences.

They also needed to find money to fund their voyage, so they sent John Carver and Robert Cushman to London to negotiate – a process that would take three years. 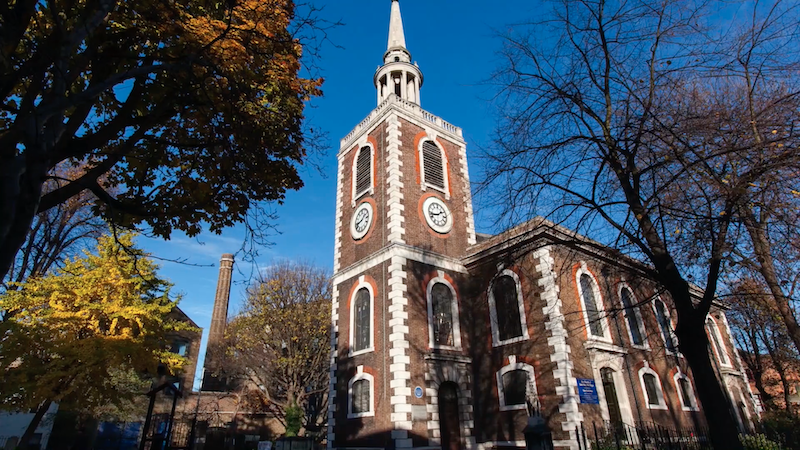 The City of London has been the financial powerhouse of England since the Roman times, and without the support of rich London merchants, the colonists might never have reached America.

Those merchants procured the Mayflower, its crew and recruited non-religious people – known as ‘strangers’ – to join the expedition.

Crucially, they also obtained the political and financial backing to make the voyage possible. Though their motive was purely profit.

Thomas Weston, a rather unscrupulous character, was brought in to provide funding for the trip – something that was written about by Captain John Smith.

Smith was a merchant, a buccaneer, an explorer, an author and one of the leaders of Jamestown, the first permanent English settlement in America.

He was clearly interested in the Mayflower expedition, writing that 70 gentlemen merchants and tradesmen came together to fund it in the hope of making money from new trading routes.

Smith also mapped the New England coast, and his map – which named Plymouth in Massachusetts – may have been used by the Mayflower’s captain, Christopher Jones.

Two ships were planned to make the voyage. A ship called the Mayflower would sail from the port of Rotherhithe on the River Thames in London, carrying the people known as the 'strangers' who would help build and run the new colony in America.

A second ship called the Speedwell would carry the group of religious separatists from Leiden.

It was planned that the two ships would meet in Southampton, before crossing the Atlantic.

A number of accounts suggest that around 65 to 70 people, crew and ‘strangers’ sailed on the Mayflower from Rotherhithe and the ship arrived in Southampton in late July 1620, joined several days later by the Speedwell, carrying the colonists from Leiden.

After one last joint meal and service in the house of Rev John Robinson, 16 men, 11 women and 19 children made the journey from Leiden to Delfshaven near Rotterdam to set sail to Southampton on July 22, 1620.

They travelled on foot, on horseback and by carriage, carrying their possessions, ready to board the Speedwell ship, meet the Mayflower, and sail onto a new life in America.

The night before the Pilgrims departed was spent praying in front of the church, now known as the Pilgrim Fathers Church. Today there is a stained glass window depicting the historic moment the Pilgrims set off, and a bronze plaque of the Boston Congregational Club from 1906 praising the hospitality offered by the church to the pioneers.

The following morning residents of Delfshaven and friends of the Pilgrims gathered to see them leave. John Robinson led prayers and after an emotional goodbye, the Speedwell set a course along the River Maas out to the North Sea and en route to Southampton.

Stocking up in Southampton

As the Mayflower and Speedwell came within sight of God’s House Tower on Southampton’s city walls some 400 years ago, it was clear that not all was well.

The Speedwell was leaking and needed repairing before the passengers and crew could continue their voyage westwards together, bound for America.

One notable Mayflower passenger who was already in Southampton at this time was John Carver, who had arrived before the two ships to get provisions to take them across the Atlantic.

He would have gone around to the various markets, meaning the group would have had a good opportunity to stock up during the two weeks they remained in the city.

Eventually the colonists got back on their ships and began they journey to America, and when they left Southampton from West Quay, they assumed this would be the last port they would see in England, though we know that was not the case. 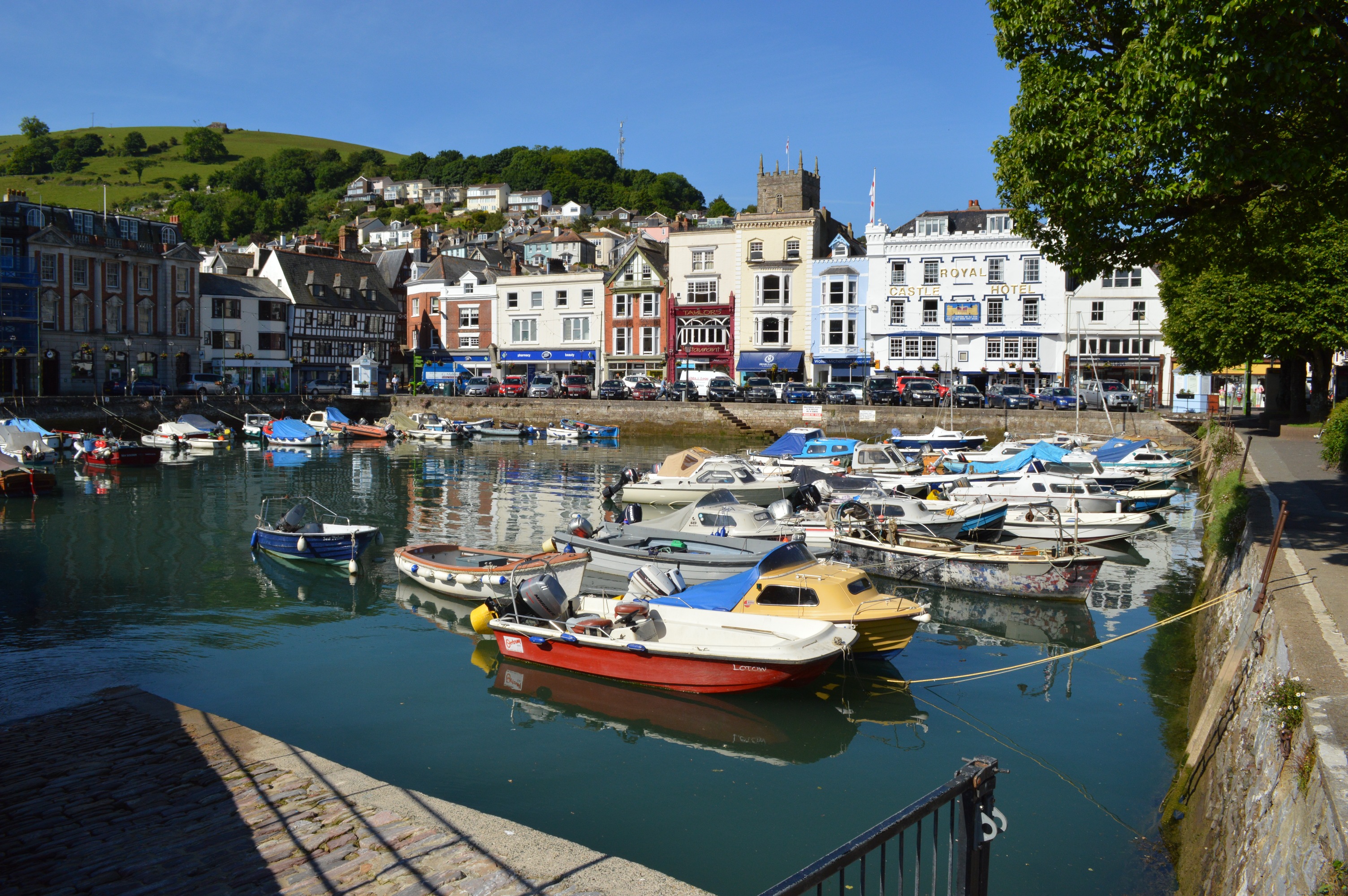 After setting sail from Southampton, the Mayflower and the Speedwell didn't get very far before the latter began to take on water again, so both ships diverted to Dartmouth for repairs, arriving on 23 August 1620.

According to passengers, the Speedwell was leaking like a sieve and required urgent attention.

While the repairs were made in Bayard’s Cove harbour, the Mayflower moored upstream on the River Dart beside what is now known as Pilgrim Hill.

It took about a week for the port's skilled craftsmen to make good the damage before the ships headed out into the English Channel, bound for the North Atlantic.

The Mayflower and the Speedwell were some 300 miles clear of Land’s End when the latter yet again began leaking badly and could not risk continuing – so the two boats turned about for Plymouth.

By this time, the cramped, damp and miserable passengers had already spent up to six weeks at sea. With a fair wind and good fortune, they would have hoped to be nearing America by then.

After they sailed into Plymouth Sound, the Speedwell was finally declared unfit for the journey and a number of the passengers dropped out.

The remainder crowded onto the Mayflower – which required re-provisioning in Plymouth, despite funds running low – and they finally departed the maritime city on 16 September 1620.