On the night of 29 July 1976, a group of nine young Wampanoag men were confronted, brutally beaten and arrested by 30 police officers dressed in riot gear.

The Mashpee Wampanoag have lived on Cape Cod for thousands of years, and until recently relied almost entirely on their knowledge of the area’s natural resources to support their families and preserve their proud traditions.

These men were not out to cause trouble; they were not seeking to offend anyone.

They were simply celebrating their cultural heritage and history in a way that newcomers to the town of Mashpee did not understand.

Bundled into a paddy wagon with their hands cuffed behind their backs, the group were held against their will until December when they were taken to trial.

Their subsequent – and just – victory had a lasting impact on not only the Mashpee Wampanoag, but also across the whole of the American Indian community. 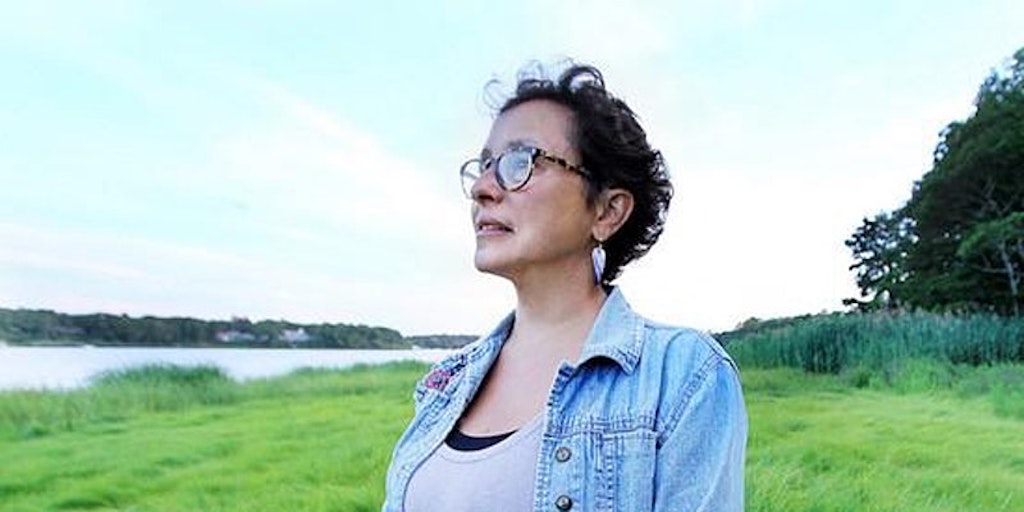 The American Indian Movement (AIM) was founded in 1968, so was already in the town of Mashpee by 1970.

Across the nation, American Indians – realising they had been excluded from the Civil Rights movement of the 1950s and 1960s – were starting to assert their rightful place in history and contemporary culture, says Paula Peters, a member of the Mashpee Wampanoag tribe and founder of Native American creative agency SmokeSygnals.

In Plymouth, just a few miles from Mashpee, “a Wampanoag sachem had been invited to speak for the 350th anniversary of the Mayflower arrival. Organisers asked to see his remarks and they said, ‘Oh, no, you mustn’t say these things, even though they’re all true; we mustn’t hear this. This is a celebration. We don’t need to be reminded of what really happened,” Paula explains.

“So, they censored him, and he said, ‘Then I’m taking my speech to the top of Cole’s Hill and I will give it before an audience of Native people.’ And, boy, did Native people show up en masse. There were 250 Native people who came, and AIM came. They disrupted the annual Pilgrims’ Progress Parade… it was just a huge demonstration. It became the first of an annual National Day of Mourning that occurs every day on Thanksgiving now.”

Paula is of course talking about Frank James, then leader of the Wampanoag, who in 1970 refused to be silenced about the treatment of his people since the landing of the Mayflower. 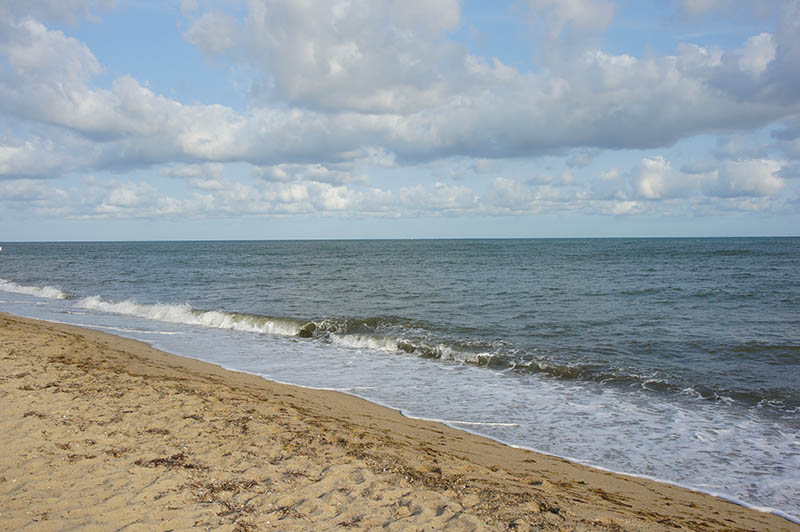 While this was happening, the town of Mashpee was experiencing a huge influx of newcomers.

Paula says: “Between 1965 and 1975, the growth in Mashpee went from a year-round population of about 650 people to over 2,500 people. The population tripled in just over ten years. So that created quite a lot of animosity in the community.”

Developers began to tear up the land, destroy habitat, cut off wildlife trails and deny access to the beaches where people had been digging quahogs (hard-shell claims) for thousands of years.

This upheaval was happening while tribal members taught their children ancient arts and crafts and built a replica of a 17th-century Indian village on a piece of land called 12 Acres, which had always been a powerful gathering place. 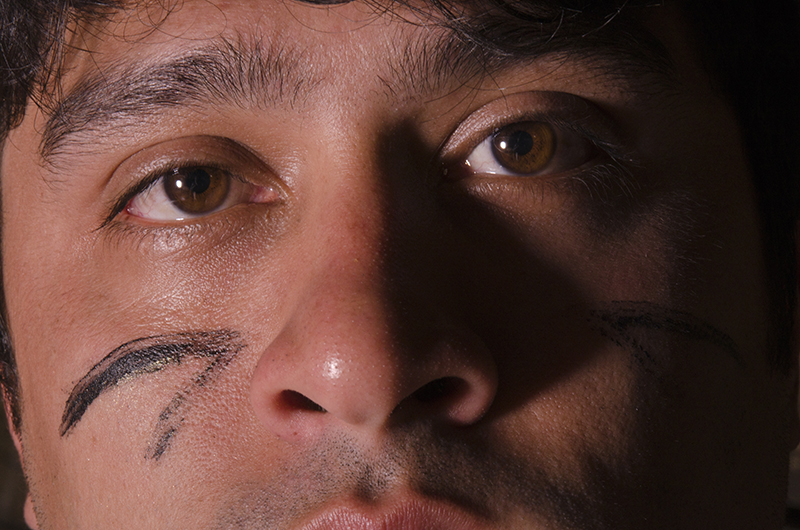 The events of 29 July 1976 undoubtedly had a multitude of cultural, political and social determinants.

The previous day, the tribe held a feast and celebration at 12 Acres, which was very well-attended and saw drumming go on late into the evening.

Paula explains that newcomers to town “didn’t necessarily understand Mashpee very well. So, the sound of the drum, while it was a celebrated sound of a tradition among our people, really came off as kind of a threat to the newcomers.”

Somebody called the police, who raided the site in the middle of the night. They were part of an area-wide tactical team that had been formed on Cape Cod in anticipation of civil unrest that never occurred.

These officers consequently had nothing to do and were having trouble justifying their budget requests to the towns – a fact that Paula discovered in her research.

That night saw nine people arrested, eight of whom were tribal members.

Paula says: “Of the dozen or so that were there, some of them scattered and nine were arrested in a really brutal fashion. They were beaten, thrown into a paddy wagon, once they were in there handcuffed behind their backs the last officer before he slammed the door filled the back of the paddy wagon with mace.”

The trial of the Mashpee Nine

Watch Talia Landry read 'Letter to the Pilgrims’, on behalf of the Wampanoag tribespeople. Find out more here.

The trial of the Mashpee Nine started in December, and the group were defended by a young attorney from Cambridge named Lew Gurwitz, who worked only for food and a cause.

For he knew, better than the men he was defending, that this case was about a lot more than drumming.

It was part of a national movement, and what was at stake was cultural survival for the hundreds of tribes who had escaped termination in the 1950s and ’60s or who had not yet been able to gain federal recognition.

In the 2016 documentary, produced by Peters with Talia Landry, the Mashpee Wampanoag, and Bill Nay, the Mashpee Nine speak of Gurwitz with tremendous respect and fondness.

Another high point was Gurwitz’s success in getting the judge to allow tribal members to swear to tell the truth on a sacred pipe, rather than the Bible which they saw as a symbol of oppression.

Five months after the trial started – and much to everyone’s surprise – the judge found all the defendants not guilty after determining that law enforcement had overstepped its authority.

The Mashpee Nine, filled with joy and feelings of victory, did not press charges. They believed instead that the guilt the officers involved would feel about their actions that night, along with the declaration of innocence of the nine men, was justice enough.

Telling the story of the Mashpee Nine 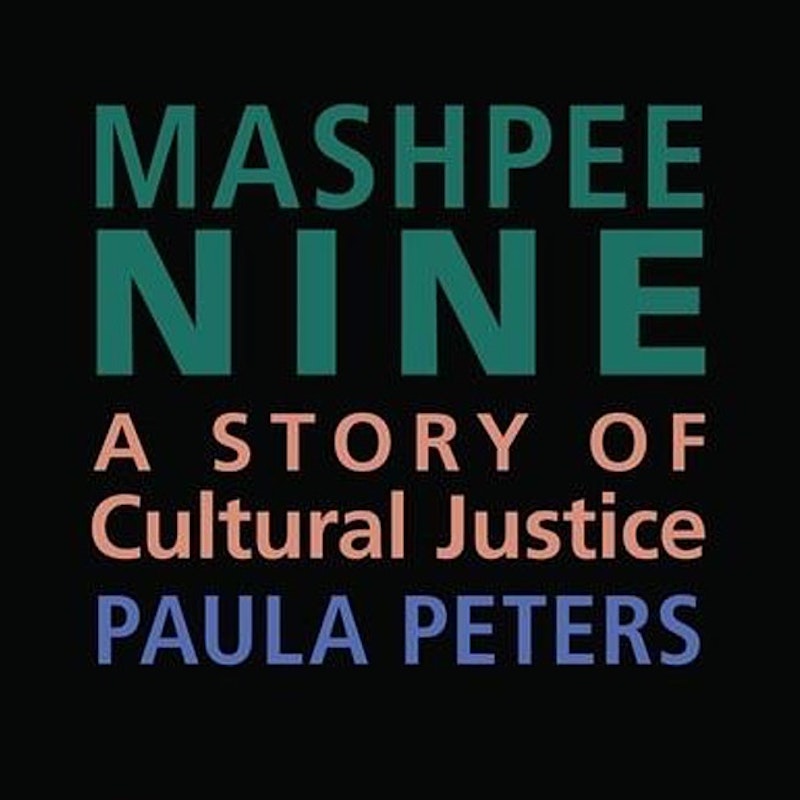 Some 40 years later, their amazing story and legacy lives on in a book by Paula Peters titled ‘Mashpee Nine: A Story of Cultural Justice’.

This companion volume expanded on the documentary, ‘Mashpee Nine: The Beat Goes On’, which was also released in 2016.

The young men targeted by police on that fateful night are now elders, yet the incident is not widely known outside of the Mashpee Wampanoag.

This inspired Paula, a former journalist, to keep the story alive and she spent more than two years working on the film and book.

“I saw the story fading away because the men who were involved, [are] not braggarts - they’re warriors,” she says.

“The book tells the story in three voices. There’s the voice of the context, then there’s the active voice of the incident itself through people who experienced it, the newspaper accounts that I was able to dig up [the court records have all been purged].”

The third voice in the story, an unnamed participant, is that of a man who was 15 at the time of the incident.

At first reluctant to tell his story, Paula says: “He came to me at the end of the process and really became kind of a muse for me to write the book. His story was just mind-blowing. And for so many reasons, his identity had to be protected.

“This is his life from that time forward, he’s just had such a hard time; alcoholism, he spent some time behind bars, that sort of thing. His life hasn’t been a bed of roses.

“But unburdening himself of what happened on that night became a catalyst for him to heal himself. So that’s really why I ended up writing the book is because he kind of healed me too. He was cathartic for me. And still is.”