The Wampanoag has inhabited present-day Massachusetts and Eastern Rhode Island - where the Mayflower passengers famously arrived in 1620 - for more than 12,000 years.

Yet for almost four centuries, the impact of the Pilgrims’ arrival on the Wampanoag Nation has been widely marginalised in the telling of Mayflower history.

Today, they are central to the Mayflower 400 anniversary – a true four-nation commemoration between the Wampanoag Nation, the USA, the UK and the Netherlands.

Who are the Wampanoag?

A statue of Wampanoag leader Massasoit

Each tribe in New England had their own territory in which to fish, harvest and hunt. The boundaries for hunting were very strict as some areas had large populations.

The Wampanoag people knew how to work with the land and moved between sites to get the best of their harvest. They spent the summer near the shore and the winter in land, amongst the woods.

The Wampanoag worked as a confederation; a number of groups united together. A head Sachem managed a Sachem from each of the groups. Within this organisation, family and group links were the most important, connecting them to each other and their territory.

The Wampanoag had already had contact with Europeans. In the 16th century, European merchant ships had sailed the East coast of America. Captains of the ships increased their profits by capturing the Native Americans and selling them as slaves.

In 1614, Captain Thomas Hunt captured many Wampanoag and sold them as slaves in Spain. One, Tisquantum (also known as Squanto), was bought by Spanish monks. They tried to convert him but ended up freeing him.

In the years before the Mayflower landed, the Wampanoag had been attacked by neighbouring tribes, losing land along the coast. Then, sometime between 1616 and 1619, up to 90% of the population was killed during an outbreak of disease. It is thought that the diseases were brought over by Europeans, meaning the colonists had some immunity but the Native Americans were highly susceptible.

The losses were so devastating that the Wampanoag had to reorganise its structure and Sachems had to join together and build new unions.

What happened to the Wampanoag?

About 4,000-5,000 Wampanoag still live in New England today, and only six visible tribal communities remain from the original 69 in the Wampanoag Nation.

Recently, relations in the Caribbean islands have been found. These people are descendants of Native Wampanoag People who were sent into slavery after King Phillip’s war.

The Wampanoag still continue their way of life through oral traditions, ceremonies, the Wampanoag language, song and dance, social gatherings, hunting and fishing.

Their community is vibrant, and their culture honours their ancestors. In 2020, their very existence is marked by the words “we are still here”.
The significance of this phrase comes from the sometimes-casual assumption by the wider world that the Wampanoag no longer exist, that they were wiped out.

The opposite is true – the descendants of the proud People who watched European ships arrive on their shores from the east are still here today, living on the land their ancestors celebrated.

How are the Wampanoag involved in Mayflower 400? 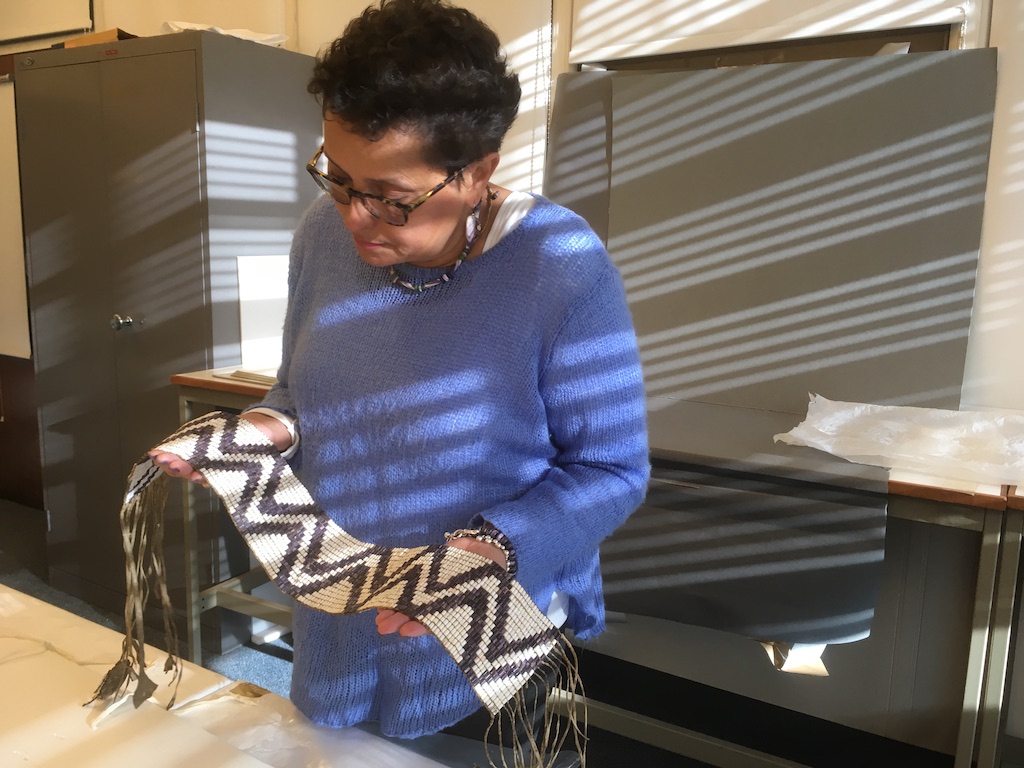 The words “we are still here” echo through this anniversary, as does centuries of Wampanoag history and the voices of those determined to keep the stories of their ancestors alive through a series of commemorative projects, exhibitions and events.

The creation of a new Wampum Belt is a cornerstone of this anniversary. This hugely symbolic belt will tour England for the anniversary and help tell the Wampanoag story on English land, alongside other projects such as This Land – a community-led international theatre production featuring English citizens and members of the Wampanoag tribe.

Mayflower 400 commemorates the shared history of our nations, a unique anniversary that represents an historic understanding.