Discover how the Mayflower Pilgrims made a daring escape despite being betrayed, locked up and hauled before the courts in our Virtual Voyage of Boston, UK.

As well as looking inside the very cells where the likes of Bradford and Brewster were held, find out the story behind why Boston, USA, got its name from the bustling English port of Boston.

This charming Lincolnshire town played a critical role in the Mayflower story and the Pilgrims' future, and we explore its fascinating history through the eyes of people who live their today and know it best.

Go to VisitBostonUK.com to learn more about Boston

Boston and its role in the Mayflower story 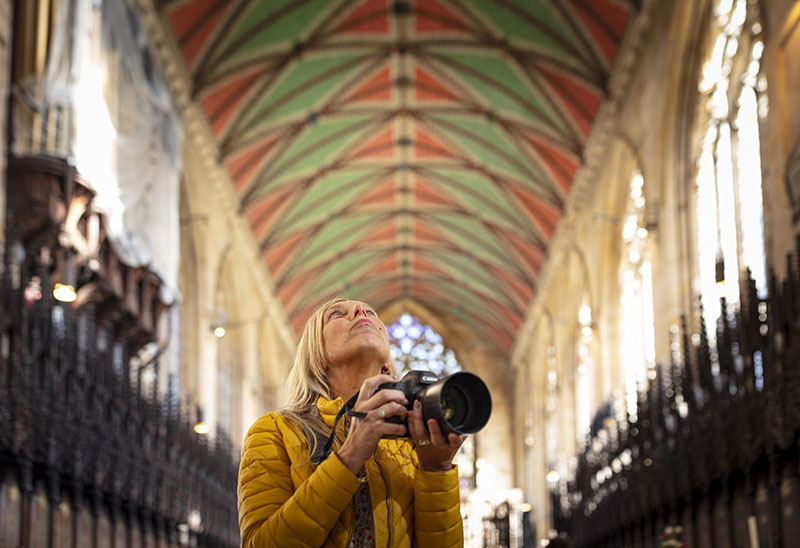 Boston in Lincolnshire will forever be linked to Boston, Massachusetts – but this absent connection to the Mayflower story is much more complex.

When the separatists were planning their escape to Amsterdam, they moved to Boston and plainly stayed here long enough to be holding secret religious meetings with local people.

However, their plan to escape by contracting with a ship’s captain, failed when he betrayed them to the authorities. In the autumn of 1607, the town of Boston in Lincolnshire was party to the first dramatic attempt by a group of separatists – including those who would later become famous as the Pilgrim Fathers – to escape from religious persecution in England.

They were objecting to the prescriptive methods of worship directed through the established Church and wanted to have the freedom to worship as they wished.

The group were aware, though, that they could practice their religion of worship as they wished in the Netherlands, and eventually they made arrangements for a ship’s captain to meet them and take them from Boston.

But once on board they found, no doubt to their horror, that the captain had betrayed them.

They were surrounded by soldiers and, after rifling their possessions and seizing money, books, clothes and other personal items, the party was carried to the town by boat, where they were made a great spectacle to the crowds who had come to see what was happening.

The site where this betrayal occurred is near Scotia Creek, Fishtoft, just outside Boston, where a memorial commemorates the event.

The memorial that stands there today was created in 1957 on the 350th anniversary. Its inscription reads:

‘Near this place in September 1607 those later known as the Pilgrim Fathers were thwarted in their first attempt to sail to find religious freedom across the seas.’

“There was a large company of them purposed to get passage at Boston in Lincolnshire, and for that end had hired a ship wholly to themselves and made agreement with the master to be ready at a certain day, and take them and their goods at a convenient place, where they accordingly would all attend in readiness.

“So, after long waiting and large expense, though he kept not day with them, yet he came at length and took them in, in the night. But when he had them and their goods abroad, he betrayed them, having beforehand co-plotted with officers to do so; who took them and put them into open boats, and there rifled and ransacked them, searching their shirts for money, and then carried them back into the town and made them a spectacle and a wonder to the multitude which came flocking on all sides to behold them.” Without any of their possessions, this group of people were subsequently brought back into Boston and held here at the Guildhall, built in the 1390s by the Guild of St Mary.

At that time the Guildhall was where the cells were for the town, and the seven ring leaders were thought to have been held in the cells.

However, it is suggested from William Bradford’s account that because Boston was sympathetic to their cause, it is believed they would have had the freedom of the ground floor which today is available to view, and you can even stand in those cells.

As well as the cells, the Guildhall also housed the Magistrates’ Court which is where the court sessions were held for the town of Boston.

The group was brought into the courtroom – which is on the first floor and still available today for visitors to view – and this is where they were tried.

When they were caught, a chap was sent down to the Privy in London to share that this group of separatists had tried to escape the country.

So, when they were held in the cells and brought up into the courtroom, their crime was that of trying to leave the country without the King’s permission.

Not quite sure, though, really what to try them for, the seven ring leaders of the group were asked to make their own way up to Lincoln to the Assize Court, which is where larger cases were held such as murder and manslaughter. It is not known whether the group actually ever made it to Lincoln, as nobody accompanied them on that journey.

However, the following year – in 1608 – they managed to escape from the coastal town of Immingham over to the Netherlands, which is where that part of their journey continued.

Immingham Creek is now part of the large port of Immingham, the largest port by tonnage in Great Britain, while St Andrew's Church welcomes visitors all year round.

On the nearby green, Pilgrim Park, is a memorial to those who made the journey: the Pilgrim Monument.

This memorial was organised in 1924 by the Anglo-American Society and is made with rock from Plymouth, Massachusetts. Boston started off as a small village named Skirbeck – and this was mentioned in the Domesday Book in 1066.

It’s thought that the Anglo Saxons came to the area, and a Saint called St Botolph came to Boston and preached on a stone.

So, they decided possibly to name the area where the stone was ‘St Botolph’s town’ – and it later got shortened to Bostown, Bostone and, finally, Boston.

It’s quite interesting to think that after the Pilgrims left Boston in 1607, there was still a radical wing there and a vicar was appointed called John Cotton, who was well-known for his radical views.

He came to St Botolph’s and had a great following, not just from the people in Boston, but from many of the surrounding villages and towns.

Cotton was pursued by a number of the aldermen who disapproved of him, but he had a number of prominent supporters who said that they would come with him.

So, in 1630, the first wave left from Boston, taking Cotton’s ideas to heart, and they went over to the East Coast of America, followed by Cotton and another number of his parish in 1632.

Cotton really must have been quite a leader of men, because more than 300 prominent citizens went with him to America.

And, of course, when they got to Boston, they began to found places of their own – they founded the University of Harvard and had five of the first Massachusetts governors all from Boston families, which is really quite a feat.