Boston played a key role in the Mayflower story, for it was from this area where modern-day Lincolnshire, Nottinghamshire and Yorkshire meet that the leading religious Separatists first came up with the idea of sailing to America.

Regarded as dangerous renegades who rejected fundamental principles of the State and the established Church of England, they worshipped in secret during the 17th century to avoid arrest and persecution.

After their first attempt to leave Boston was thwarted by the authorities in 1607, the group were imprisoned in the Guildhall and subsequently freed, before making a second, successful attempt at fleeing to Holland – this time from the coastal town of Immingham.

When the Pilgrims successfully reached America in 1620 aboard the Mayflower, they founded what would become Boston, Massachusetts – named after its Lincolnshire counterpart.

Here are 10 things you may or may not know about the UK Boston...

It may be one of a kind to those who live in the Lincolnshire town, but there are actually 36 places across the world that are named ‘Boston’.

There are two ‘Bostons’ in the following countries: South Africa, Uzbekistan, Ireland, Costa Rica, and Colombia, while Suriname, Sweden, the Philippines, Peru, Jamaica, Italy, Cuba, Bolivia and, of course, the UK all have one each.

2) The Pilgrim Fathers were held at Boston Guildhall 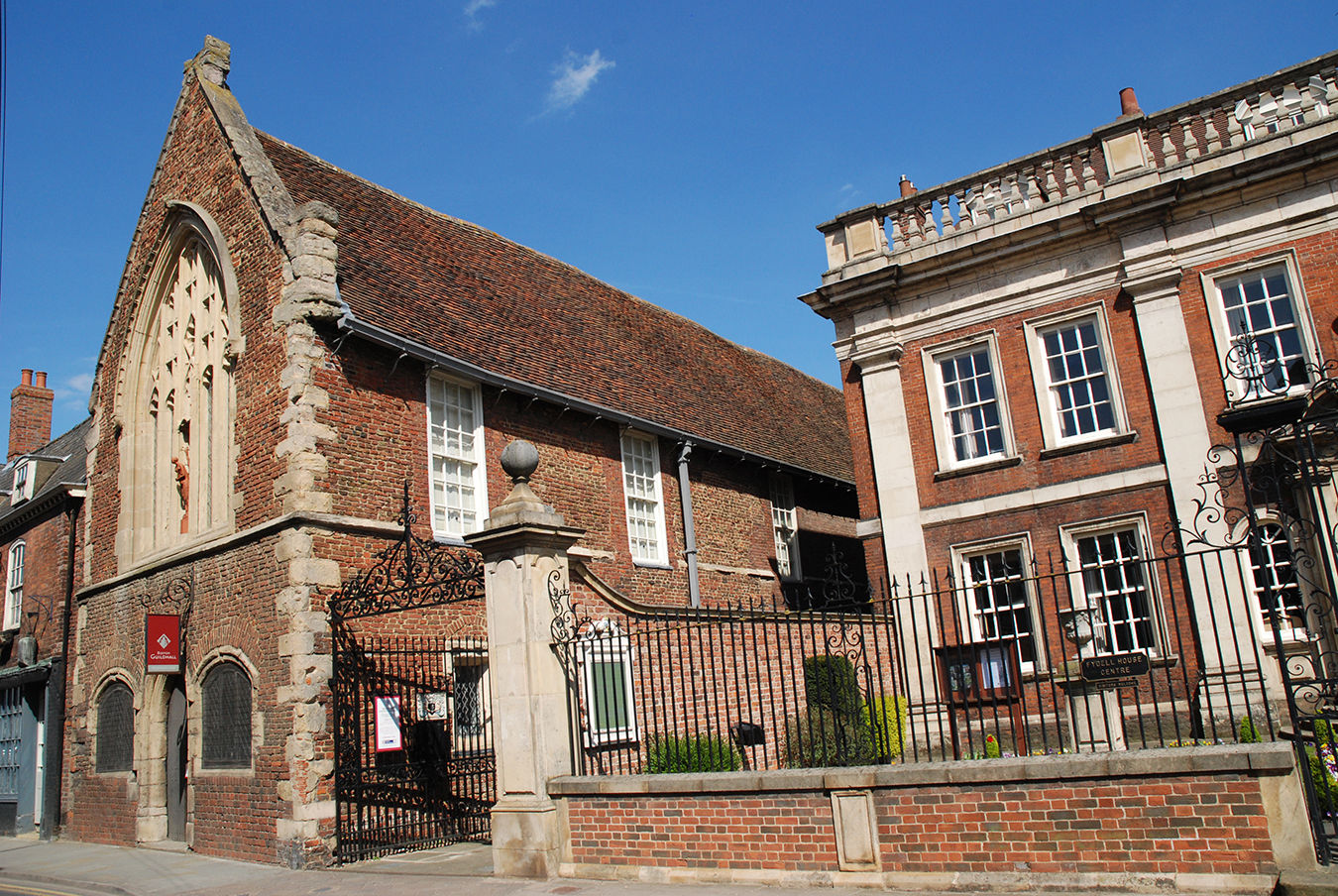 One night in the autumn of 1607, a passionate and determined group of men, women and children secretly met a boat on the edge of ‘The Wash’ at Scotia Creek, Fishtoft, near Boston.

They planned to defy the authority of the English Church and escape across the North Sea to Holland to live in religious freedom, after walking 60 miles from Scrooby, near Gainsborough.

They had arranged to travel with the captain of a ship; instead he betrayed them, and the local militia seized the group and took their money, books and personal possessions. Stripped of their belongings and hope, the group were brought by boat back to Boston and held and tried at the Guildhall, home to the local law court and cells.

Today, you can visit Boston Guildhall and see the cells where they were held.

3) Boston has a fan from Hollywood! Boston Guildhall was recently visited by Hollywood A-Lister Ashley Judd - who is a descendant of William Brewster, the senior leader of the Pilgrims.

Famous for films including Double Jeopardy and Olympus Has Fallen, Judd was astonished to find a tiny preserved historical cell - with a plaque commemorating the fact it had held Brewster, her 10-times great grandfather.

Judd is among the 35 million Americans who can trace their ancestry back to the Mayflower, with the revelation was made to the actress during an emotional episode of the popular TV show, Who Do You Think You Are?

4) Boston has one of the largest market squares in England 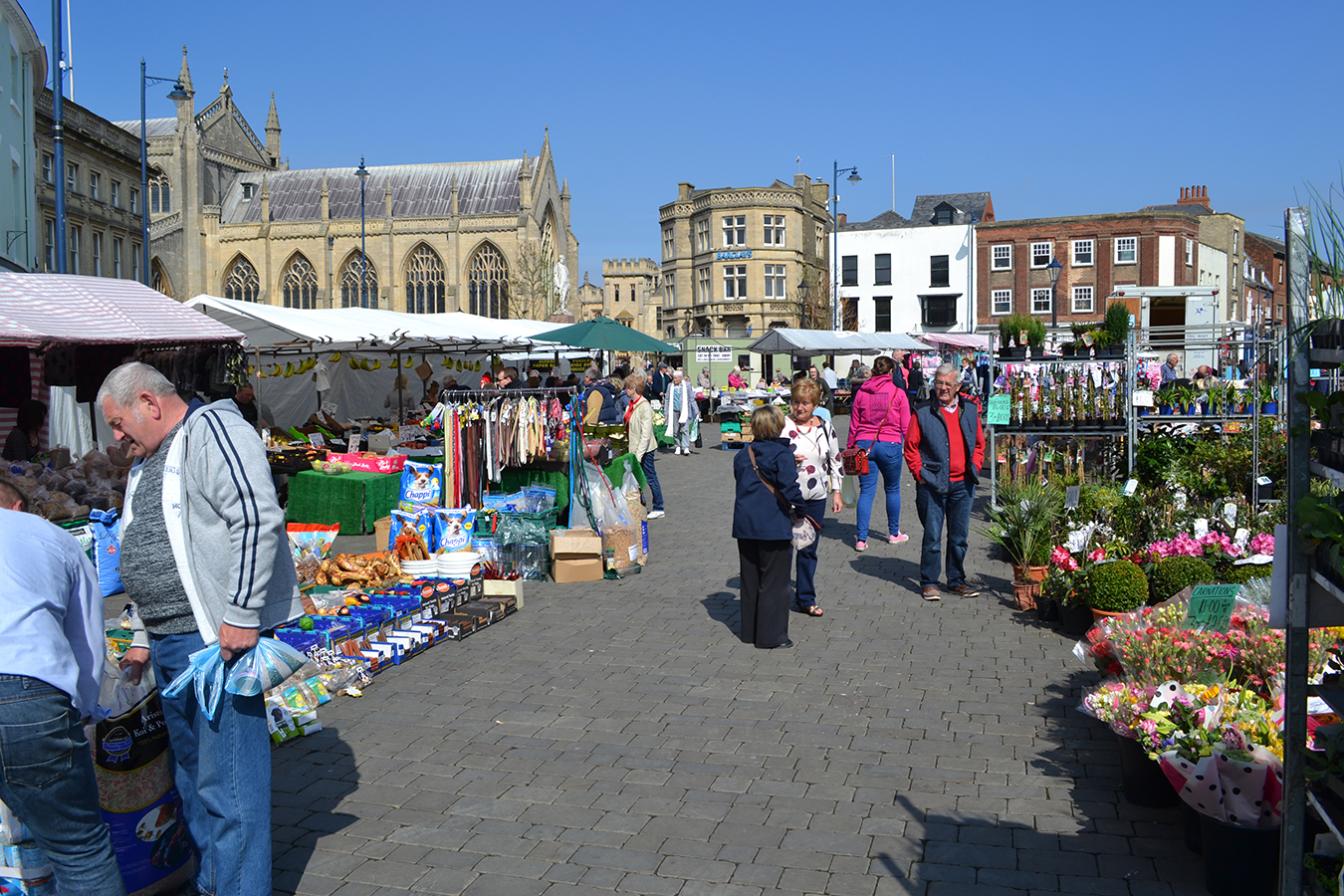 Boston's Market Place has been the venue for open-air trading fairs and 'marts' for hundreds of years. In fact, the earliest historic record of a fair or "mart" is in 1132.

In 1218, a Patent was granted for Boston's Fair. Once a year the London courts would close so that everyone would have the opportunity to visit Boston during the May Fair.

At that time, goods which were rare - such as spices and wines - could be bought fresh from the port as the town flourished and Boston Port was recognised as second only to London.

The market is filled with 120 stalls on Wednesdays and Saturdays selling vegetables, fruit, cheese, cakes, confectionery, plants, fabrics, homewares and much more.

5) Boston has a monument to the Pilgrim Fathers 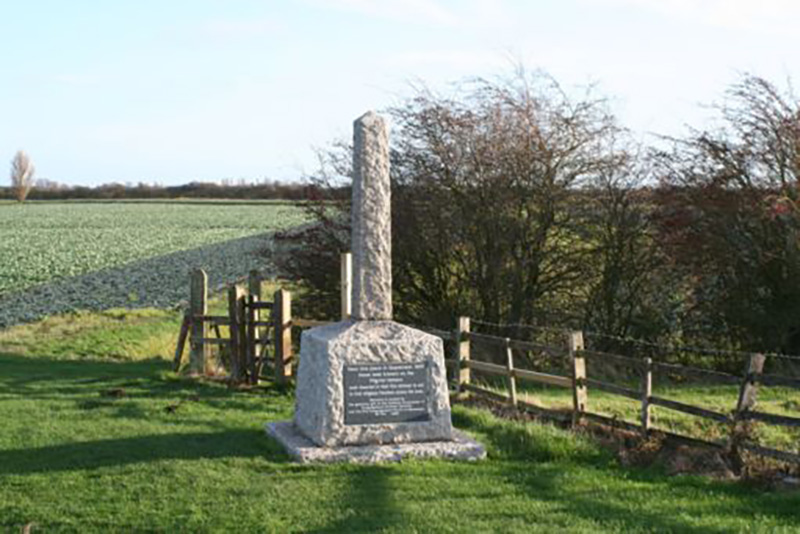 The Pilgrim Memorial at Scotia Creek, Fishtoft, marks the area from where a group of Puritans made their attempt to flee to religious freedom in 1607.

The memorial is within Havenside Countryside Park and sits on the north bank of the River Haven. Built in 1957 the site of the memorial is hugely atmospheric and signifies the lengths the Separatists were prepared to go to, to flee to Holland.

The memorial was erected on the 350th anniversary of the event - with donations from the General Society of Mayflower Descendants.

Access to the site is via the sea bank path from the main entrance near Finn Forest, off Fishtoft Road. Alternatively, it can be accessed by car via Fishtoft village; simply follow the brown tourist signs to the Pilgrim Fathers' Memorial. ‘The Boston Belle’ is a boat that offers cruises along the Witham from April to October.

Setting off from the Boston Gateway Marina, ‘The Boston Belle’ has an open foredeck with benches, a licensed bar and a canopy over the stern which can be removed on sunny days.

Once out of the town itself, you’ll float gently past arable farms, while in the town you’ll be able to enjoy a memorable perspective of the Boston Stump, the historic port and the town’s fishing fleet.

Lunch and dinner cruises can be arranged, and ‘The Boston Belle’ also organises cruises out into the Wash in conjunction with the RSPB, to go searching for seals and wading birds.

7) Boston has one of England’s largest parish churches One of England's largest parish churches, Boston Stump has always been a landmark to both seafarers and people travelling across the flat fenland that surrounds the town.

On a fine day, views from the Stump's 83m high tower reach far over The Wash and in the opposite direction, Lincoln Cathedral.

Leading to the entrance of the church is the Puritan Path named after the Rev. John Cotton and the members of his local congregation he urged to join the Massachusetts Bay Company in an attempt to establish an English settlement for religious Puritans in New England, North America. In the 1630s, he helped to found the city of Boston, Massachusetts.

Climb the 209 steps for the Tower Experience and then visit the coffee shop and gift shop or simply reflect in this sacred space. 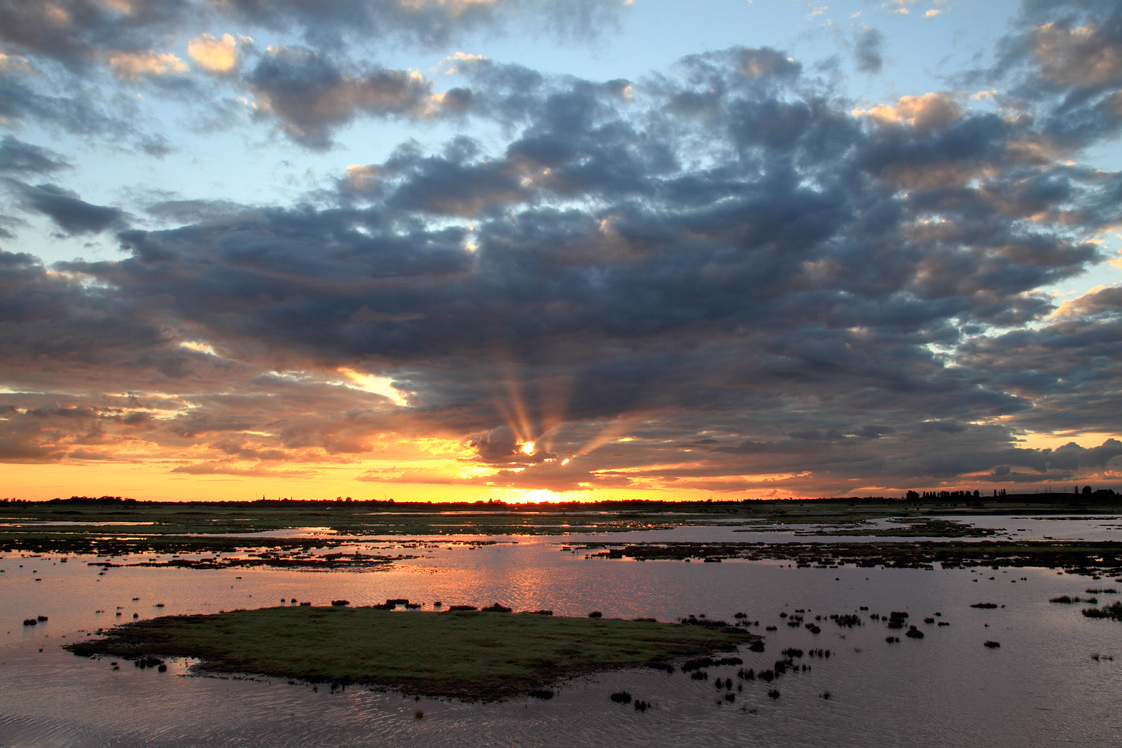 Boston's position on the edge of the North Sea and its river connection with the city of Lincoln, allowed the town to develop as an important trading centre.

In the early medieval period, only London was richer and more important than Boston as a port; Boston’s wealth was based on wool. During the time when wool was England’s main export, the town was sending three million fleeces a year abroad, making a significant profit.

As the value of wool declined, the town changed. By the 1700s, the agricultural revolution provided another economic boost.

During this time, Boston supplied one third of London’s grain directly from granaries situated along the riverside. Once again, this wealth influenced the architecture of the town and many fine Georgian buildings still remain. 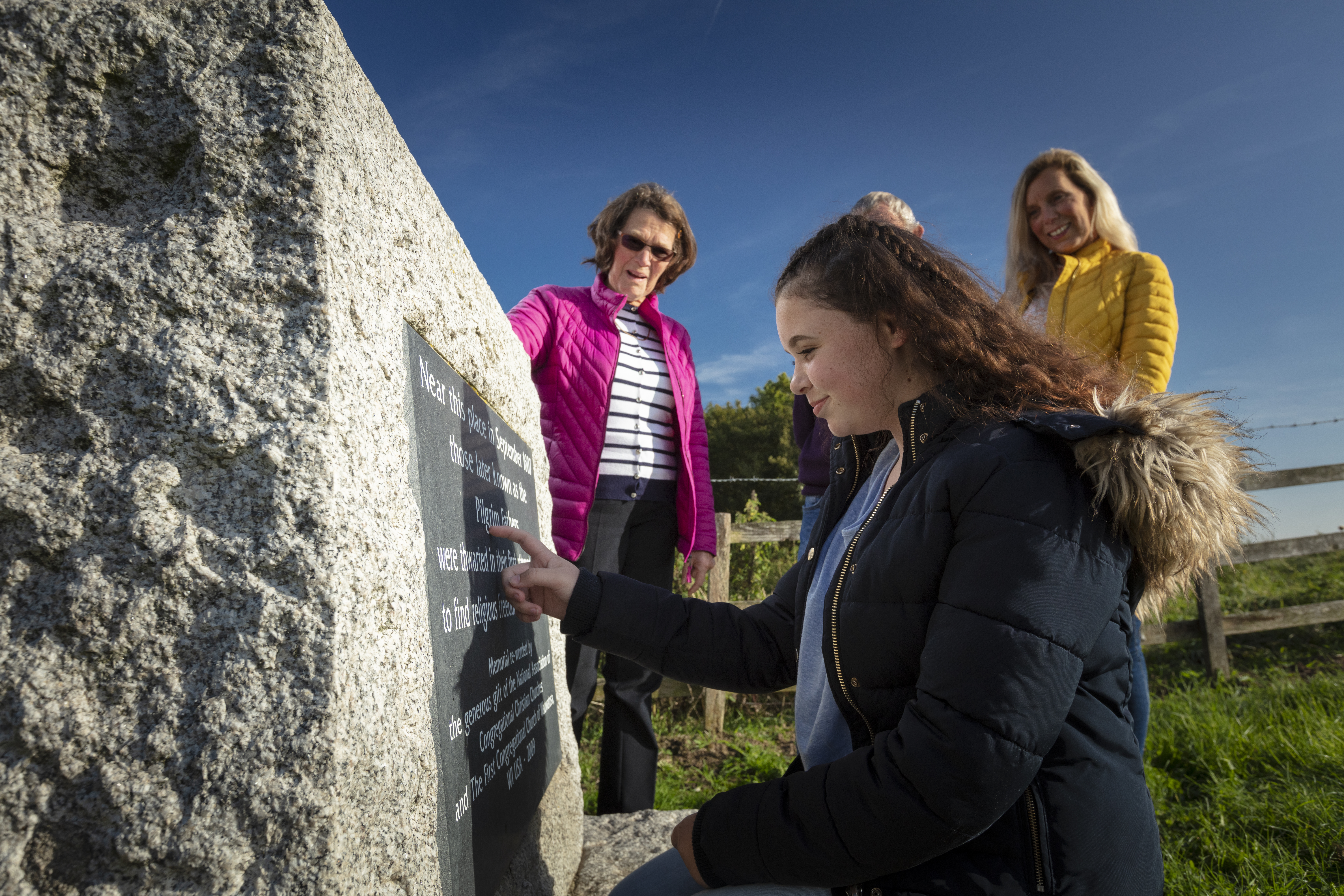 Beyond Boston's central Market Place, a network of medieval lanes branch off still faithful to their original medieval streetscape heritage.

A traditional market town, Boston's retail offer combines independent boutiques that line the Medieval lanes with a more modern retail offer where you will find many of the favourite English high street brands.

Don't miss exploring Wormgate, Dolphin Lane and Emery Lane - there are surprises around many corners - fabulous shops, a mix of places to eat and drink and plenty of historic buildings along the way.

Meanwhile, Oldrids is a well-known family-owned independent department store that can be found in Pescod Square Shopping Centre. 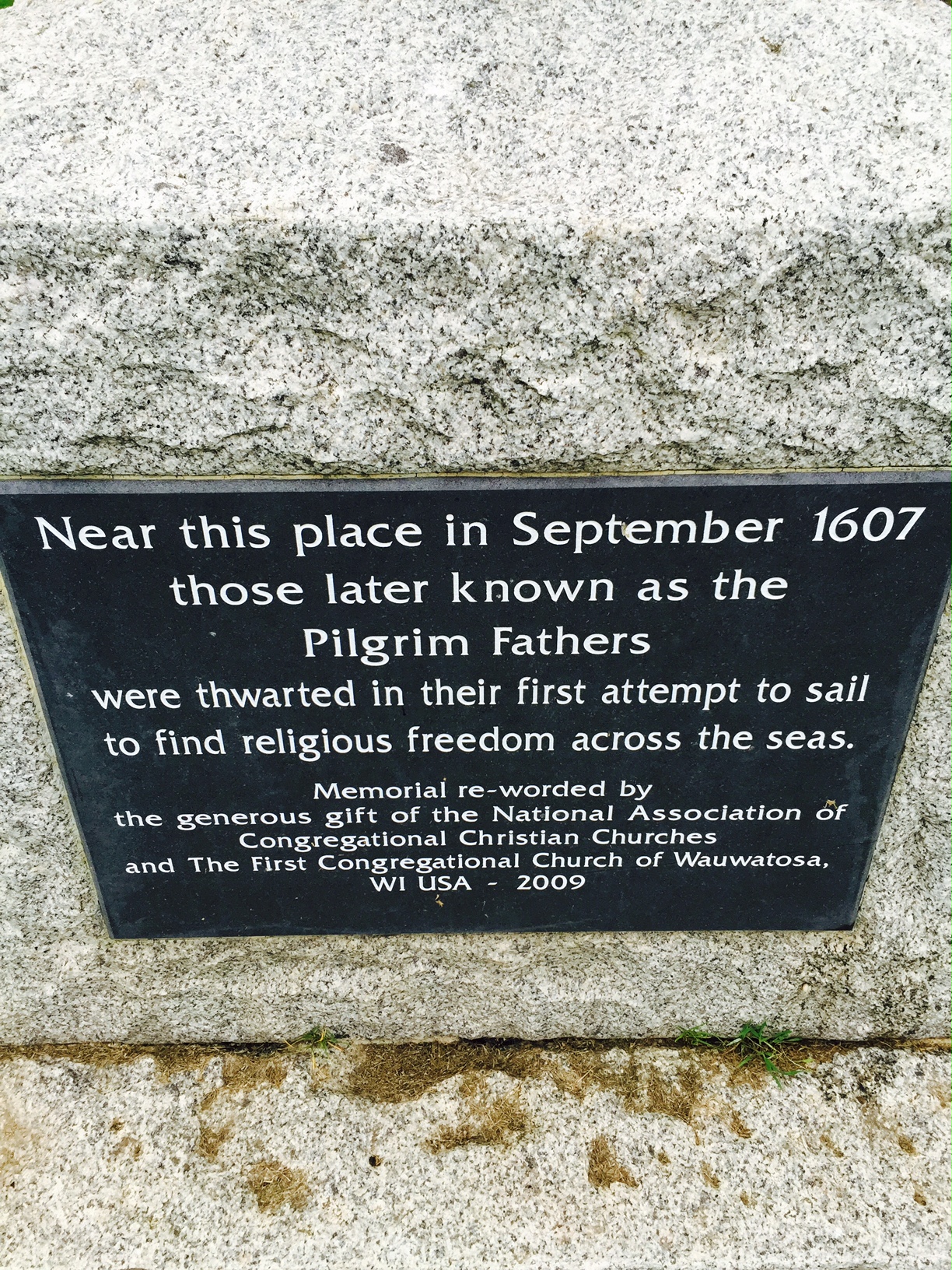 Boston hosted a number of fantastic events and activities during the Mayflower 400 commemoration year.