Mayflower 400 Tours has launched a collection of themed tours that will enable visitors to learn more about the Pilgrims’ lives in England before they set sail from Plymouth, as well as sharing further insights into the momentous Mayflower journey undertaken from the UK to Plymouth, Massachusetts, in 1620.

Highlights will include The Pilgrim Roots region, which was home to the Scrooby Separatists, some of whom became Mayflower Pilgrims. Expert guide and historian Sue Allan will take visitors to see Scrooby Manor, home of William and Susanna Brewster, the 11th century church where William Bradford was baptised, the new Pilgrim Gallery in Retford, as well as many other key sites.

In Boston Guildhall, visitors will be able to sit in the jail where the Pilgrims were held after an aborted escape attempt. Groups will also be invited to enjoy dining in the Mayflower Pub in London, where the ship’s master, Christopher Jones, and the other sailors would often gather.

Although intending to leave from Southampton, the Speedwell needed constant repairs, so the Pilgrims stopped in Dartmouth and Plymouth, with most boarding the Mayflower and sailing for North America in September 1620.

Rowena Drinkhouse, vice-president of Reformation Tours, has been working on the new Mayflower 400 Tours brand for a few years. She explained: “Our carefully-curated, specialist tours will coincide with the 400th anniversary of the Mayflower, which departed from Plymouth in September 1620. The tours span several regions across England, and in each destination we have organised for specialist guides to tell the story of our ancestors and share this special piece of history with them.” 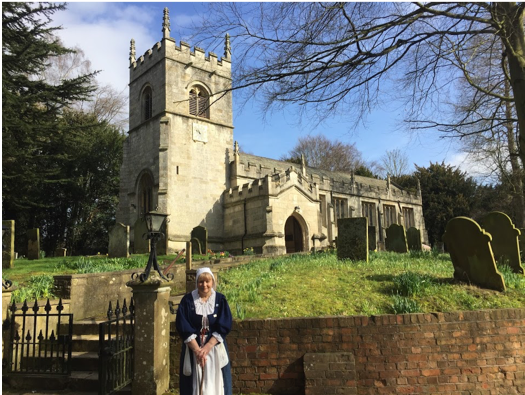 Research conducted in 2017, among more than 4,800 US citizens aged 18 and over, showed that 5.5% are very likely to travel for the anniversary in 2020, and that increases to 21% of members of ancestral societies with an existing interest in genealogy.

Plymouth, Leiden, Boston and Southampton were in the top places to visit, and 90% of those likely to visit also said they were interested in attending historical talks and lectures. They also expressed an interest in experiencing England’s culture, enjoying local cuisine and visiting major sites. 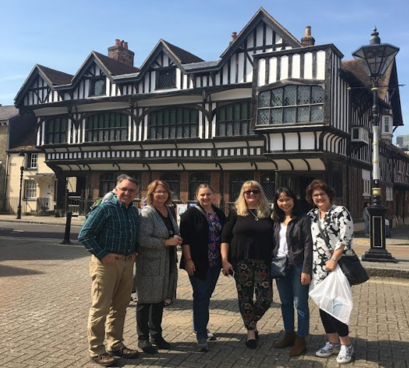 Rowena Drinkhouse with US tour operators in Southampton

The 400th anniversary of the Mayflower’s journey offers a unique opportunity for a truly international commemoration of the Pilgrims’ progress, from England to the Netherlands - and on to the land of the Wampanoag in what is now the United States.

England’s national programme of events highlights the impact of the Mayflower’s journey on Native American communities and addresses themes of migration, tolerance, freedom and democracy that have such contemporary relevance, as well as the long-standing relationship between the UK and the USA and the history of Thanksgiving, ensuring the Mayflower’s legacy lives on.

Mayflower 400 tours has scheduled departures and offers custom group tours, to ensure that visitors have the flexibility to visit their chosen sites on the Mayflower trail. Travellers who book before December 31, 2019 can save $200 per person, using the code “Mayflower400”.