Situated in the North West of England, Chorley is steeped in history and surrounded by beautiful countryside.

The Lancashire market town has plenty of things to do, with a bustling town centre, historic halls, pleasant parks, cycling routes, wonderful walks and adventurous activities.

It also has very strong connections to the Mayflower story which are of great interest to those on both sides of the Atlantic.

Here are six things you may or may not know about Chorley...

1) One of the Mayflower passengers came from Chorley Myles Standish was a military advisor and helped found the colonies when the Pilgrims landed in America.

Chorley born and bred, Standish is linked to the Duxbury estate, and has further ties to borough villages such as Croston and Mawdesley.

He is a noted and venerated figure for Americans, having a 116ft tall memorial in Duxbury, New England, and many sites named after him.

And it is his involvement in this amazing story that led Chorley to get involved in the national Mayflower 400 programme. 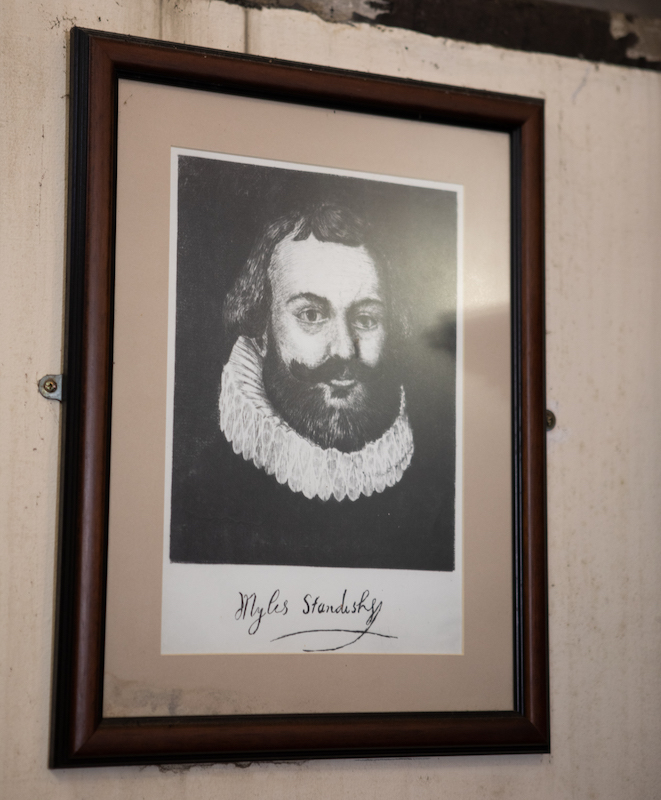 Millions of people can trace their ancestry back to the love story of two passengers on the Mayflower: John Alden and Priscilla Mullins – but there was a third person vying for the latter’s affections.

In 1622, Priscilla, the only surviving member of the Dorking party, married John Alden, a cooper from Harwich in Essex – but only after Priscilla had caught the eye of Myles Standish.

But although Standish was fearless in battle, he was too shy to talk directly to Mullins, which paved the way for Alden and Mullins to be together.

Their love was immortalised in an 1858 bestselling poem by Henry Wadsworth Longfellow - a direct descendant of John and Priscilla - titled ‘The Courtship of Myles Standish’.

3) Chorley is home to a centuries-old manor house Astley Hall, Coach House and Park is a beautiful tourist spot located next to Chorley town centre offering families and friends a great day out.

Within the grounds you will find acres of stunning parkland, the breath-taking Grade I Listed historic house, the modernised Coach House which includes Café Ambio, the scenic Walled Garden, an exciting Pets’ Corner and an array of sports pitches and play areas.

Journey through more than 400 years of history to reveal the secrets of Astley Hall, one of the most intriguing historic houses in the North West.

This surprising building features some of the most breath-taking mid-17th century plaster ceilings in the country, rare painted panelling and very fine English oak furniture. The oldest building remaining in the Lancashire town is St Laurence’s Church, which first appears in historical records when it was dedicated in 1362.

However, it is believed that there was already an earlier Anglo-Saxon chapel on the site which was a daughter foundation of Croston Parish Church.

It is believed that the church is named after Saint Laurence, an Irish saint who died in Normandy in the 12th century, whose bones were conveyed to the church by local noble Sir Rowland Standish – who happens to be an ancestor of Mayflower passenger Myles Standish. The Mayflower 400 Coach Tour allows you to explore places and churches related to Myles Standish and his family.

Don’t forget to pay a visit to Myles Standish Way – a street named after the famous Mayflower passenger!

6) … and learn more about them Chorley hosted a number of fantastic events and activities during the Mayflower 400 commemoration year.