Four hundred years ago the Mayflower would have been on its 66-day voyage across the Atlantic, in what became a treacherous crossing lashed with storms.

In this Virtual Voyage, we speak to triple round-the-world yachtsman Conrad Humphreys about what the journey would have been like for the crew and the Mayflower's passengers.

Conrad, who is based in the city of Plymouth, takes us into Plymouth Sound - the waters the colonists would have sailed before the perilous journey, to give us an insight into the conditions, the tools the skipper would have used and what the boat itself would have been like.

The international yachtsman - only the fifth British yachtsman in history to complete the legendary Vendee Globe, sailing single-handed around the world - tells us what may have gone through the mind of the Mayflower's skipper Christopher Jones before taking on a voyage like no other.

Four hundred years ago, the Mayflower would have been at sea, sailing from its incredible departure point in Plymouth and heading out across the Atlantic.

She obviously would have faced some horrendous conditions - so much so that they’d have had to drop the sails and, at times, just drift along.

The Mayflower left Dartmouth with the Speedwell and they sailed along the south coast to Land’s End.

“It was pretty apparent that the Speedwell was not going to make it; she was taking on water and so they came back to Plymouth, where they transferred all of the crew onto the Mayflower, and then she set off across the Atlantic. 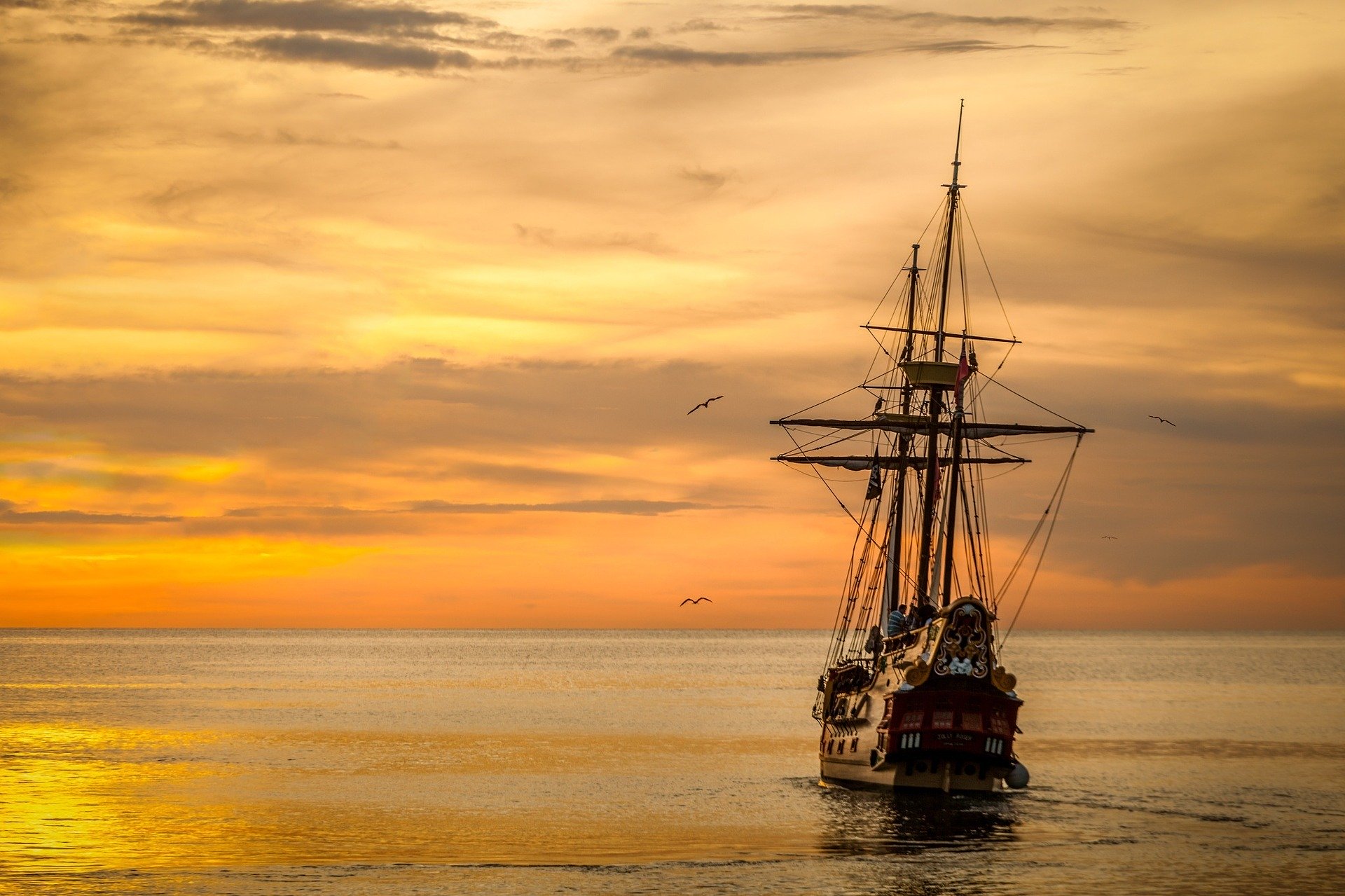 The Mayflower was skippered by Christopher Jones, who hadn’t really got a lot of experience in terms of sailing with humans as passengers.

Most of his trade beforehand had been carrying wine back from other countries like Portugal, Spain and France… and he had never crossed the Atlantic.

I think back to the first time I crossed the Atlantic, and I was almost overwhelmed with anxiety about being, at that time, alone at sea - never mind with a crew of inexperienced people.

I’m sure Jones would have had some really anxious moments in the days leading up to the voyage about whether he could actually command that boat across the treacherous bit of water. 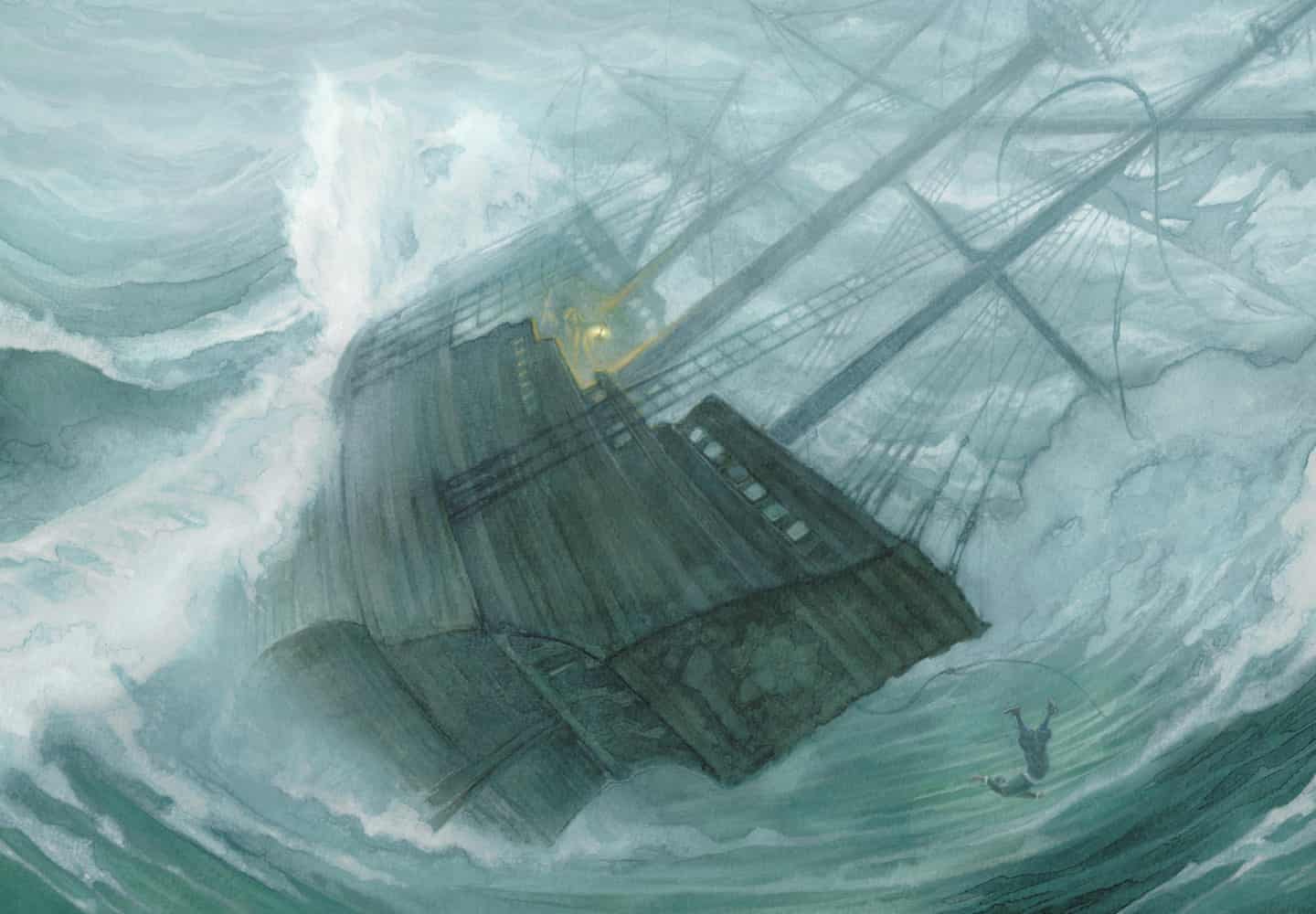 During one of the nights a ferocious storm whipped up, and one of the Mayflower’s crew members, John Howland, was washed over the side.

I can only imagine what it was like, the terror going through his mind thinking he was never going to get picked up again.

They managed to get back to him and pulled him out of the water, which is remarkable.

I've actually had a man overboard in the middle of the Atlantic where someone was tethered to the boat. And at that time, I didn't think we'd get them back over the side.

Plotting a course for America

One can only imagine what those aboard the Mayflower must have been thinking, alone in a big storm in the middle of the Atlantic and thinking, 'What on earth have I done? Have I done the right thing? Is America going to be the right place to go?'

We sort of take it for granted now because boats cross the Atlantic all the time, and there's so much shipping moving around the world.

But of course, back then, the equipment that they had on board to navigate was so basic.

It was before John Harrison had invented the chronometer, so they had no watch which would have made it difficult, almost impossible in fact, to work out their longitude.

They would have had, I suspect, a backstaff on the boat for taking positions and bearings.

Maybe they just set off on a single line of latitude with a noon site and set off across the Atlantic just holding this bearing? 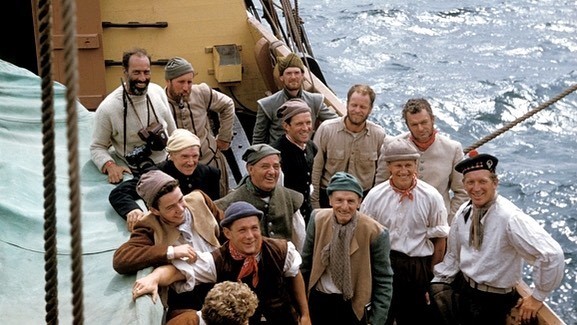 We do know a little bit about what it would have been like to do the Mayflower voyage because it was recreated during the 1950s by the Mayflower II.

She was built in Brixham, in Devon, where the shipwrights built her in the same sort of traditional way they would have built the Mayflower.

They used the same tools and equipment to build her and then recreated the voyage, which gave those involved a real sense of what the North Atlantic entailed.

They went a slightly different route, from what I understand, so the Mayflower II actually went quite a lot further south - south of Baltimore up towards Cape Cod.

Find out more about the Mayflower II here.

The route the Mayflower took across the Atlantic 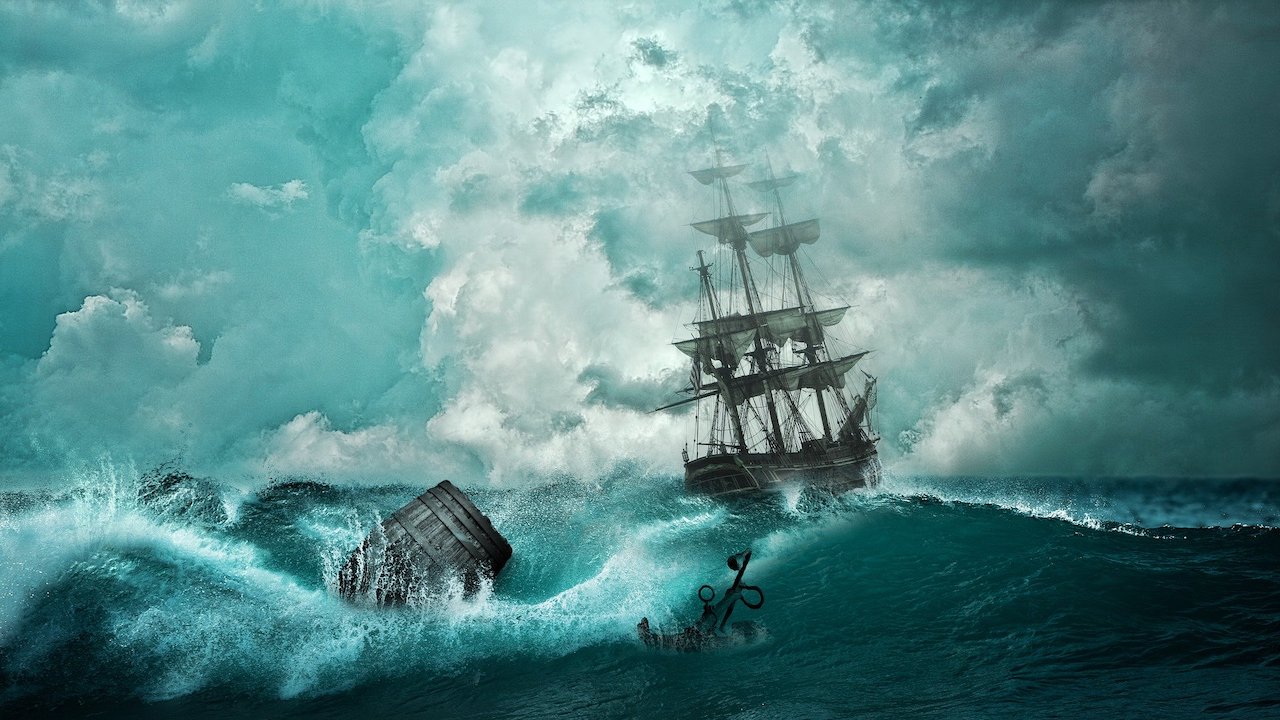 We don't really know what route Christopher Jones took; most of the literature points to the fact that we went straight across the Atlantic.

My suspicion is that he probably went quite a long way north, and the further north you go, the shorter the distance.

But also, there's a chance he would have gone the other side of these big storms, these big depressions, and had some favourable winds.

Another famous voyage from Plymouth 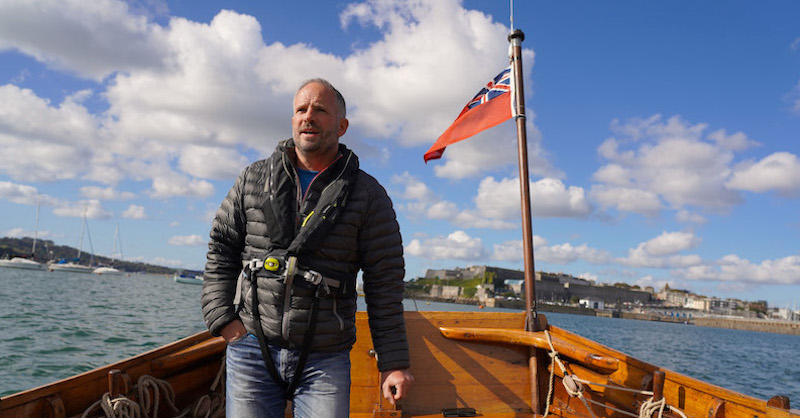 The boat we're filming on, Bounty's End, has an incredible story - it's a replica of Captain Bligh's original Bounty's Launch in which he was cast adrift after the mutiny on the Bounty.

Bligh was a Plymothian who grew up and went to school here, and many of his voyages - including his big voyage with Captain Cook - set sail from Plymouth.

Bounty's End has been with me for about four years now. I bought her from Channel 4 after we'd filmed Mutiny, the series, in which we recreated Bligh's voyage.

There were nine of us on board this boat for 60 days under the same conditions, the same rations, to see if we could survive the same ordeal that Bligh went through.

Nurturing the next generation of sailors 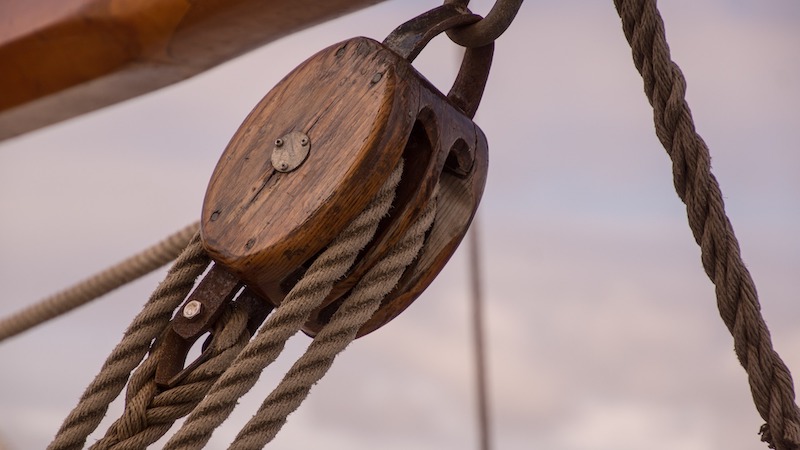 This year we planned to take 450 children from Plymouth schools out on a whole series of traditional boats.

That has now been postponed until the spring of next year when we're going to give these young people a chance to experience these lovely boats and perhaps a little taste of what it's like to be on the ocean.

Find out more about The Bounty Project here.

Drawing comparisons from Bligh and the Mayflower

In terms of length of time, both voyages (the Mayflower and Bligh's journey) are very similar: Bligh was at sea for 45 days, we were at sea for 60 days, and the Mayflower was 66 days.

That would have been different from us because we were obviously in the elements the whole time, with the sun, the wind and the waves just crashing over the boat.

But by all accounts, the Mayflower leaked like a sieve so it would have been horrendous, and of course there were quite a lot of people on board so they would have been cramped into a small boat like that, making conditions very, very tough.

The other thing is that it was going into our autumn/winter time, and around that time 400 years ago we were in a mini ice age, so conditions would have been horrendous in the North Atlantic.

Sailing the Mayflower back to England 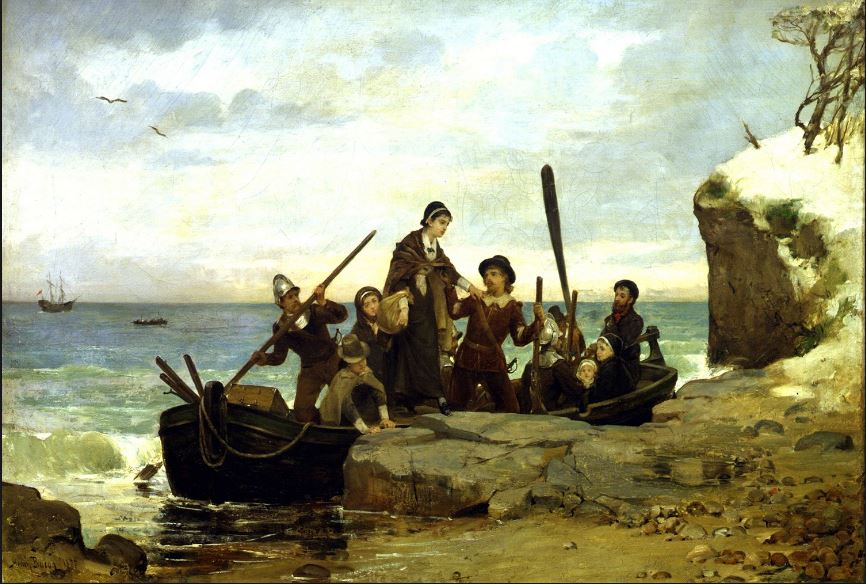 After they arrived, Christopher Jones and some of his crew decided that America really wasn't for them and that they wanted to get back to Europe.

But the return crossing was remarkable and he made it in half the time - and that was because we get these westerly wind, these great systems, great depressions across the Atlantic.

Jones would have picked up some of these big storms and really just roared across the Atlantic in half the time.

What became of Captain Jones? 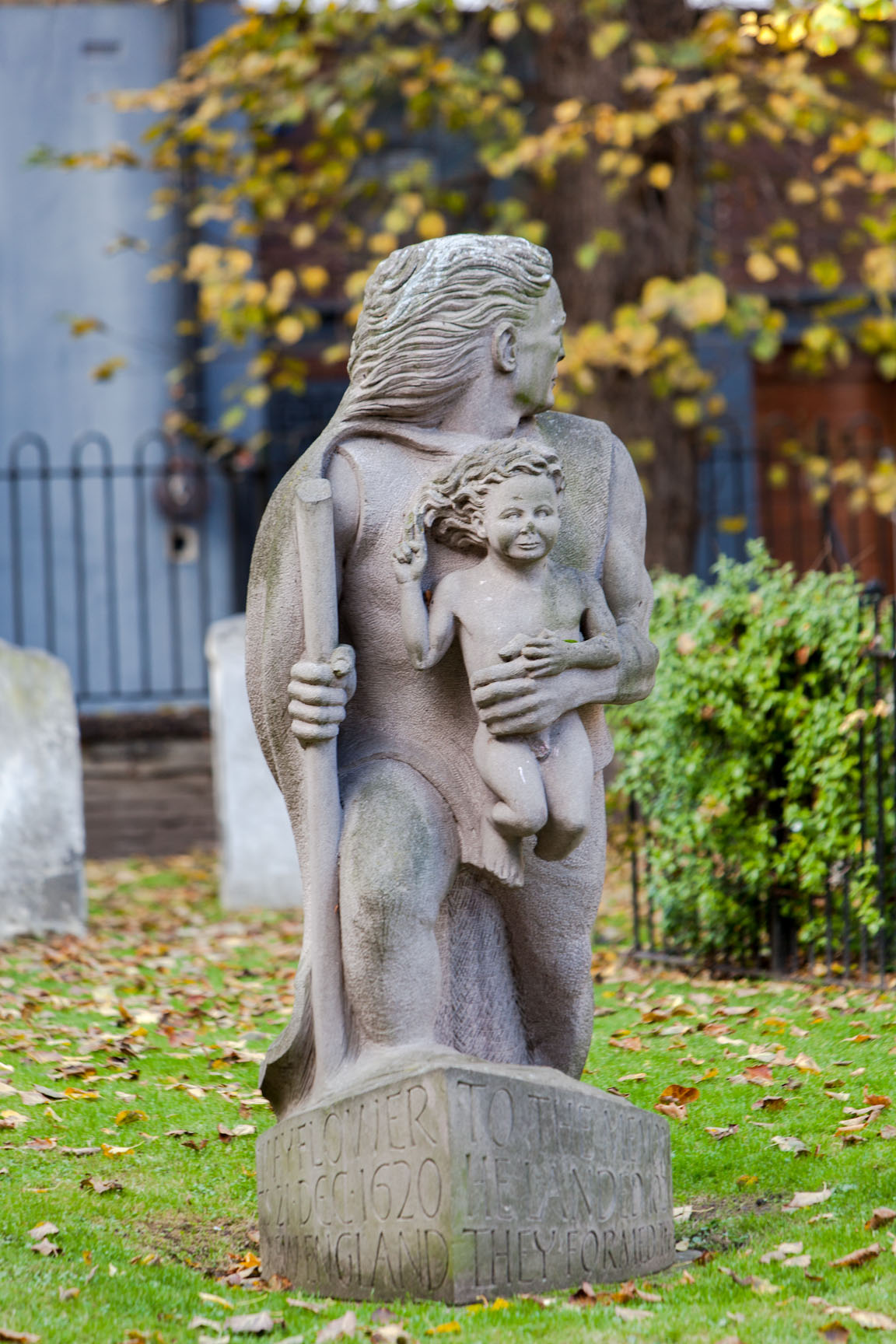 Christopher Jones died a year later after he returned from the voyage.

He is remembered with a memorial in his home town of Rotherhithe, from where the Mayflower originally set sail.