Dorking shoemaker William Mullins – whose house survives in West Street – was one of six residents from the Surrey town who sailed on the Mayflower in 1620.

His daughter, Priscilla - who also boarded the ship some 400 years ago - is sometimes known as ‘the mother of a nation’.

At that time, Dorking – known as ‘Darking’ – was a relatively modest market town for the surrounding villages and farms, holding regular markets and well provided with shops, mills and inns.

On display until February 2022, an impressive new exhibition at Dorking Museum titled 'Darking 1620', weaves the story of the six passengers from Dorking who undertook that perilous voyage to America with an examination of 17th century life in the town they left behind. 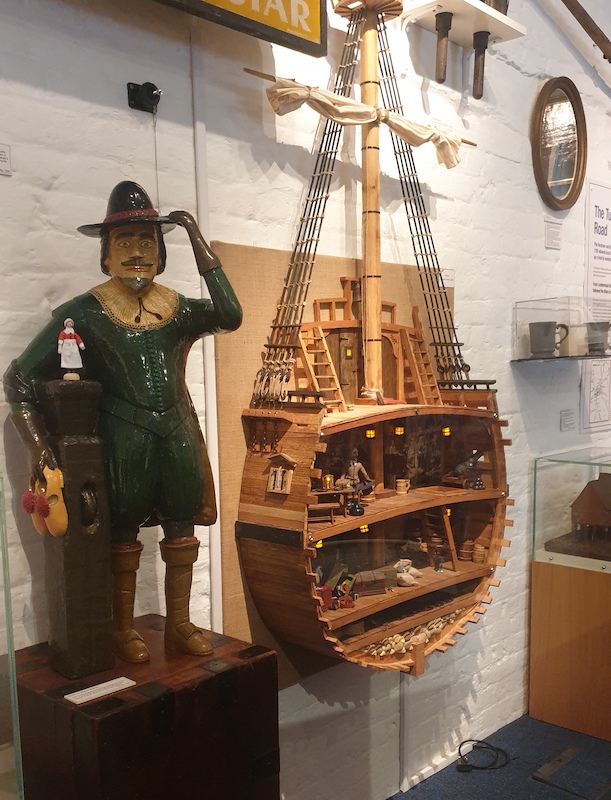 Postponed from 2020, Dorking Museum’s Autumn exhibition marks the 400th anniversary of the sailing of The Mayflower and focuses on life in Dorking when Mullins and his fellow Pilgrims lived in the town.

It looks at farming and the food that people ate, the kind of domestic buildings in which they lived, and the clothes that they wore, as well as seeing how those changed when they reached the colony.

Through those themes, we can learn something of the lives of the shoemaker and his fellow traveller, the weaver Peter Brown. 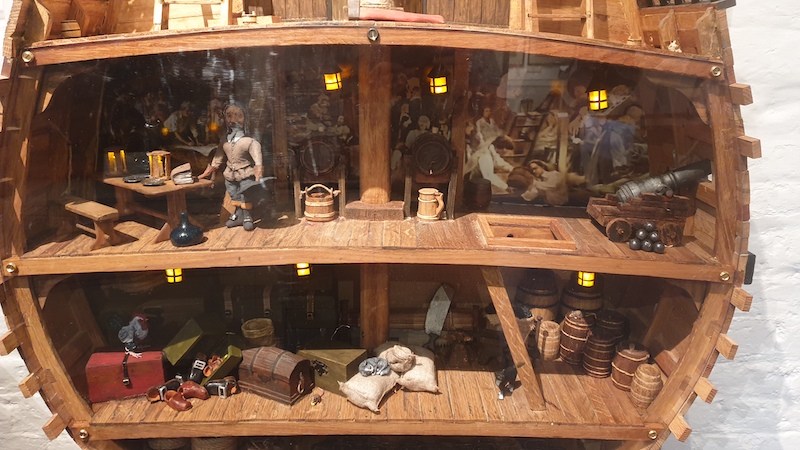 Although the exhibition was delayed by a year and the pandemic impacted on its planning and preparation, it also allowed extra time and opportunity for 'behind closed doors' development of its special features.

These include male and female costumes of the period and dressing-up clothes for children, displays of locally-found 17th century 'hidden' shoes and a display of shoemaking tools.

The centrepiece of the exhibition is a magnificent scale cross-section model of the Mayflower and its fittings and contents, which will remain on permanent display when the exhibition closes in spring next year. 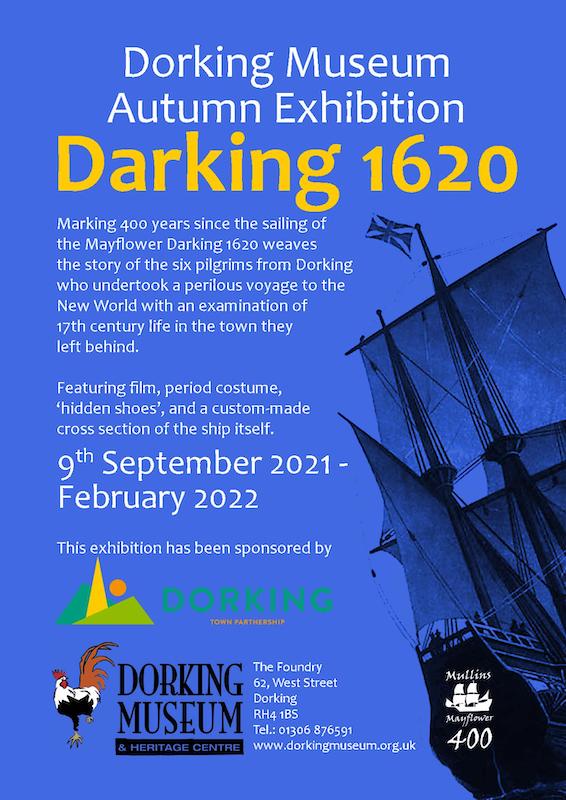 A short Mayflower 400 film is also on view and an accompanying book, ‘The Weaver, the Shoemaker and the Mother of a Nation’ by Kathy Atherton and Susannah Horne, is on sale for £8.

Find out more on the Dorking Museum website here.