A mysterious and beautiful creature of mythological proportions roamed the streets of Plymouth city centre and the Hoe over the August 2021 Bank Holiday weekend.

Initially due to take place over the 14-15 August weekend, the event was postponed as a mark of respect to the community and families involved in the tragic incident in Keyham.

The event brought the city together in a moment of unity and hope. It was a truly unmissable spectacle, as the world premiere of this ground-breaking outdoor theatrical performance took place in Britain’s Ocean City.

Over the weekend, onlookers watched as the giant puppet dragon hatched in the city, built herself a nest and then took to the skies in a bid for her freedom. Along the way, she explored and encountered new people and places, as well as meeting some special groups of locals for amazing performances.

Here’s everything you need to know about The Hatchling…

The incredible puppet roamed the streets and at certain points was joined by community groups from Plymouth for special moments.

On Saturday 28 August, she hatched in Plymouth city centre and explored the streets between midday and 7.30pm, when she fell asleep again.

On Sunday 29 August, The Hatchling moved from the city centre to Plymouth Hoe, where she remained from early evening until taking flight.

The weekend culminated in her spectacular flight over Plymouth Sound. 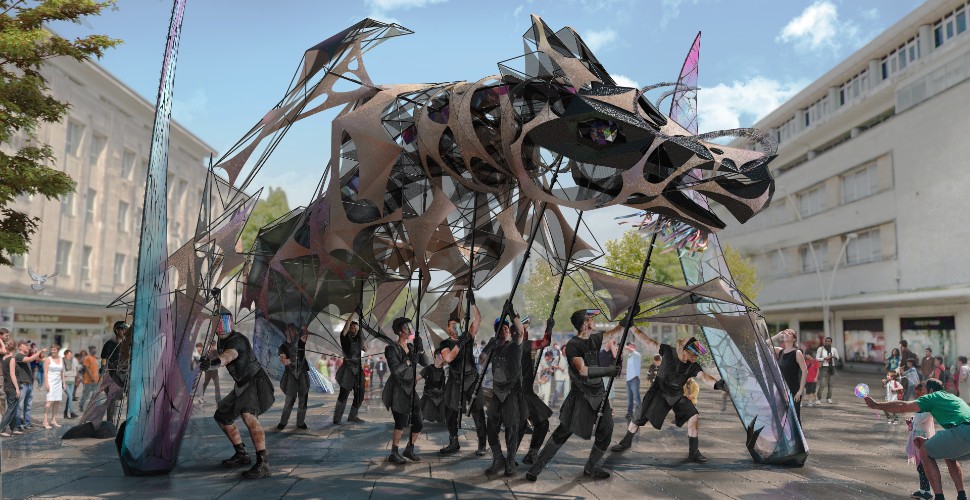 Who created The Hatchling?

The Hatchling was conceived by Angie Bual, Artistic Director of Trigger, Bristol-based producers of extraordinary theatrical projects. It was brought to life in collaboration with a team of leading creatives including Mervyn Millar, part of the original creative team of the acclaimed stage production War Horse, and Carl Robertshaw, a designer who has created sets for the London 2012 Olympic Ceremonies.

The project was part of Plymouth’s Mayflower 400 commemorations.

Want to know more? Check out the full list of FAQs.

We’d love to see your photos of the performance too, so please remember to tag @VisitPlymouth and @HatchlingUK or use #TheHatchling on Facebook, Twitter and Instagram!