As part of the Port of Dartmouth Royal Regatta’s programme of events, there were 71 registered participants (plus a few random ‘guests' making up our numbers).

Dartmouth Mayflower 400 are very grateful to the committee for allowing them to share the Saturday afternoon of their 176th Regatta.

The event - a simplified version of what was originally planned to be part of the Mayflower 400 commemoration last year - was carried forwards by the new Dartmouth Mayflower 400 Directors, Laura Campbell and Lindsay Ellwood.

The Parade was led by one of the 24 Classic Craft entrants, the Pilgrim of Brixham, who Dartmouth Mayflower have funded several days out for young people on over the next three years.

It was followed by the remaining Classic Craft to bring a touch of elegance to the Parade. They included Inisaig, 55ft wooden TSMY and White Mouse, Philip 50 TSMY, both built at Noss, the home of the event's sponsors, Premier Marinas. 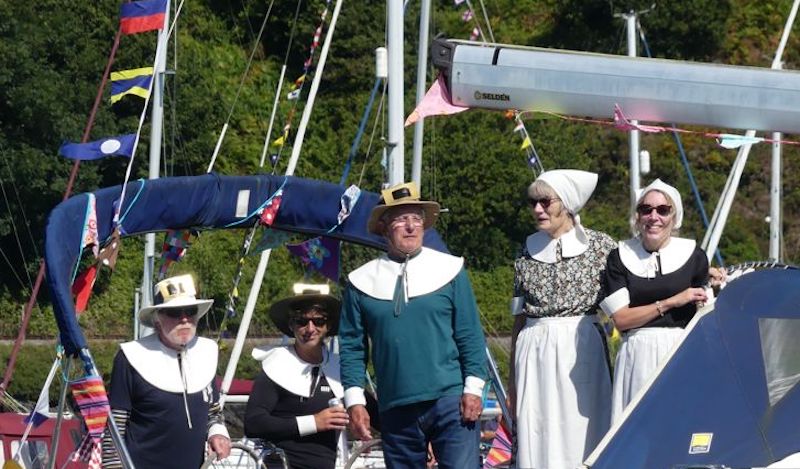 A great salute was accompanied by the accordion on board the Elizabeth R, a 1930s launch Matawa, Kipper and Ruby and Patsy were among many others with impressive salutes and costumes.

Amelia led the way for best salute with a full Naval salute in costume, with Patsy claiming the Classics' Grockle Cup.

Steam boats Pioneer and Clio, along with Halcyon, had some great sound effects and we joined by many local river users in their motor launches, yachts, Cornish crabbers, shrimpers.

There were more great costumes from Cacique, Quintet, Ellanore, and the Torbay Sea Scouts on the Terry Too had a sharp YMCA performance on board. Special commendation to the crew aboard the Naughty Girl who were dressed in all matter of inflatable costumes, including a unicorn, a pterodactyl, a penguin, a walrus, a duck, a crocodile and a yellow submarine.

It was Dart Sailability who just beat them to the 'Best Dressed' trophy with a Thanksgiving range of costumes and including an inflatable turkey!

The Mayflower River Parade was greatly supported by vessels and crew from the RNLI, and the Harbourmaster and his team at DHNA. 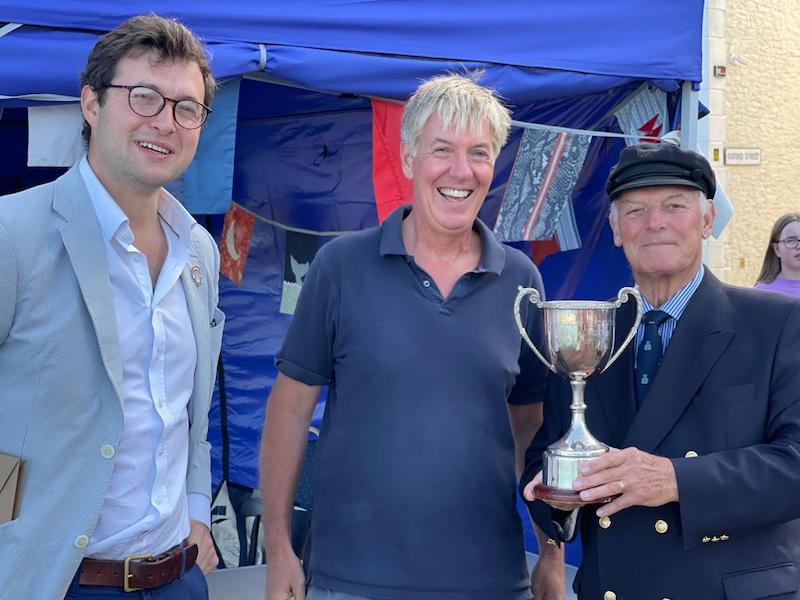 Trophies awarded by VIP guests who formed the voting panel

Taking the Salute at the VIP tent was: 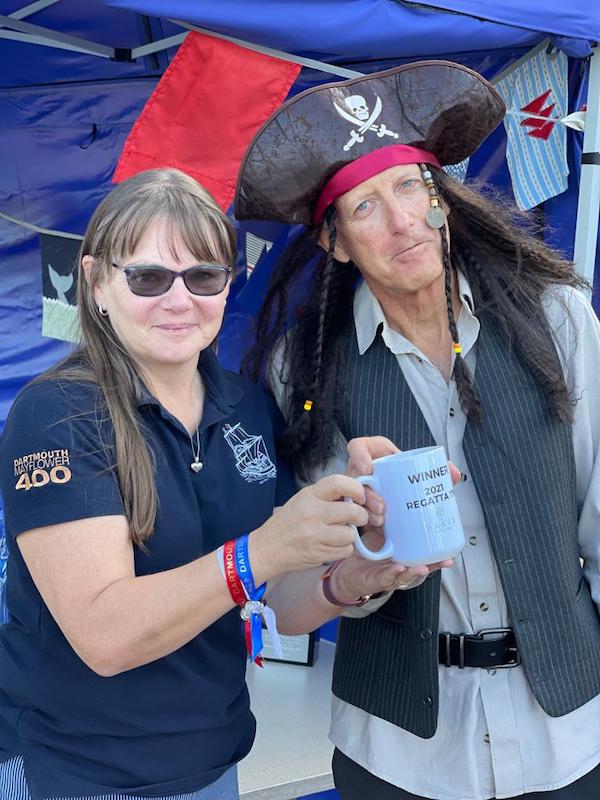 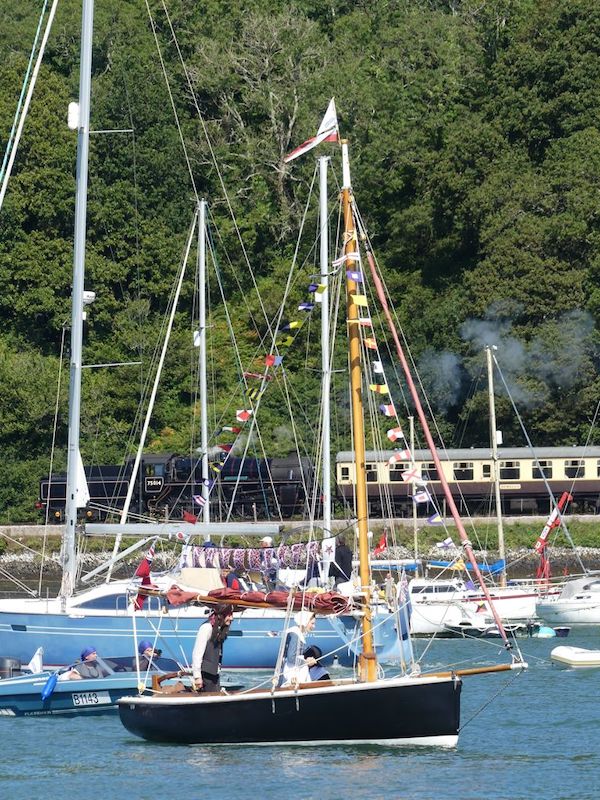