A visitor trail exploring Harwich’s links to the Mayflower ship, which transported early settlers to America, opened in September 2020 to coincide with the 400th anniversary of the ship’s sailing.

The Mayflower Trail consists of information boards and directional signs around the historic Essex town, detailing its links to the founding of modern America.

September marked 400 years since the Pilgrims departed for America, stepping off English soil for the last time at Plymouth for their voyage across the Atlantic aboard the Mayflower.

Carried aboard The Mayflower, the ship and several of its crew were from Harwich – including its Master, Christopher Jones, whose house still stands in Kings Head Street today.

In Harwich, work was completed to fit out Christopher Jones' House – leased by Tendring District Council (TDC) – as a tourist attraction, and work has almost finished at the new Visitor Centre at Esplanade Hall.

The Mayflower Trail was funded with £45,000 sponsorship from the region’s rail operator, Greater Anglia. 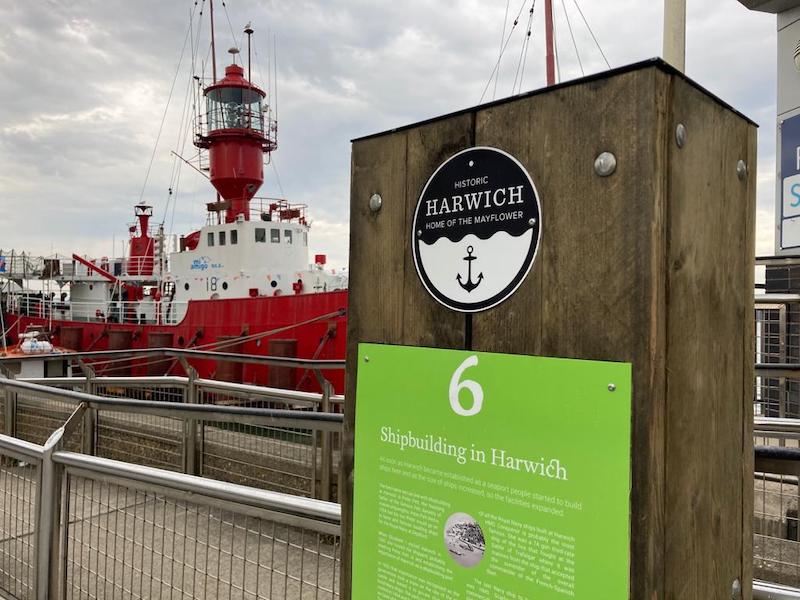 Cllr Alex Porter, TDC Cabinet Member for Leisure and Tourism, said: "Harwich’s links to The Mayflower are truly fascinating, and you can really learn a lot from the Trail.

"While the opening of attractions has had to be delayed to the global pandemic, you can start getting yourself steeped in history now by walking the Mayflower Trail and soaking up the atmosphere from Historic Harwich.

"We are very grateful to Greater Anglia for its support of this project, which will be in place for visitors and residents alike to enjoy for years to come." 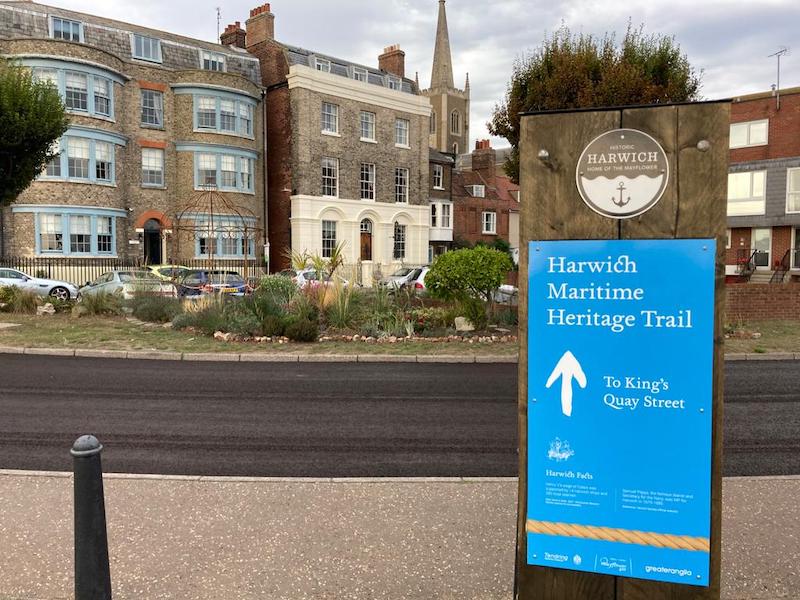 Jonathan Denby, Greater Anglia’s Head of Corporate Affairs, added: "The Mayflower story is all about journeys and, as the region’s train operator, that is something which resonates strongly with us.

"Harwich is easy to reach by train and travelling there by rail will help to reduce congestion and pollution in the town, making the events more enjoyable for both visitors and residents."

The Mayflower Trail is around 1km long and has eight waypoints, starting from St Helen’s Green.