Giving Thanks was a campaign to create digital memories that brought the people of Southampton together in a shared celebration of the city and its communities.

Launched on 26 November to coincide with Thanksgiving 2020, it was delivered as part of the city-wide Mayflower 400 programme and aimed to not just mark the anniversary, but to bring people together through generating an understanding of difference and encouraging an attitude of gratitude.

The public was asked to share, through social media and using #MyGivingThanks, photos, images, videos, stories, poems of the things for which they are grateful; that could be their pets, their parents, or their local park.

There were also online activity packs available to help communities, families and businesses get involved.

The scheme was open until Valentine's Day 2021 and was supported by the Barker-Mill Foundation.

Cllr Satvir Kaur, Cabinet Member for Homes, Communities and Culture, says: "During this difficult time, it's more important than ever to celebrate and share the important things that make a difference to our lives every day, however small.

"We hope Southampton people from all ages and backgrounds get behind this campaign and show both the positive can-do spirit and the camaraderie and kindness of our great city."

Tim Jobling, Barker-Mill Foundation trustee, adds: "Giving Thanks couldn’t have been launched at a better time - it’s been a tough year for all and this campaign gives the people of Southampton the opportunity to really showcase those things they are thankful for and highlight the fantastic community spirit of the city.

"The Barker-Mill Foundation is absolutely delighted to be supporting the campaign and the wider Mayflower 400 project which has bought and will continue to bring so much joy to the city."

Throughout the campaign a selection of ‘thanks’ were published on the Mayflower 400 website and through its social media channels. 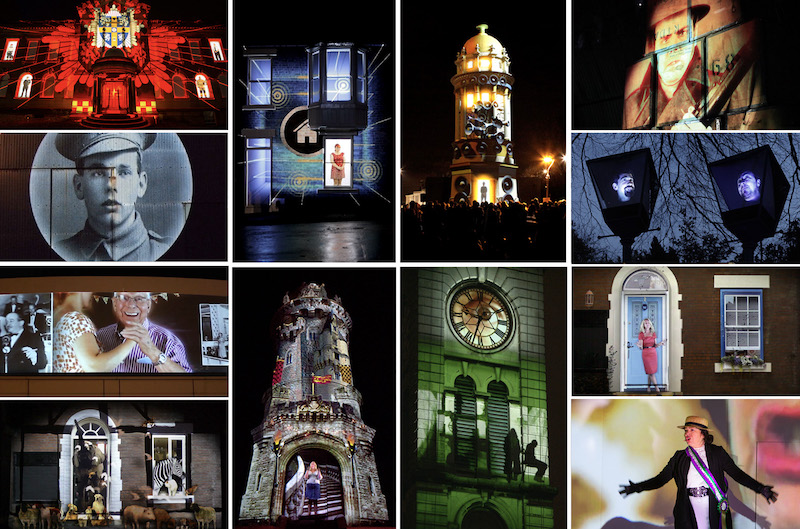 With funding from Arts Council England, artists Shared Space and Light pulled the community-generated social media content together and, in partnership with Northam Community Centre, worked with communities in Northam and Kingsland to make a new digital artwork that was shared online in March 2021.

This told the story of the city and its people using motion graphics and 3D animation. The project was also supported by Southampton-based literature development agency, ArtfulScribe, who posted poems that responded to a theme of gratitude on social media throughout the 10 weeks.

Part of the programme was curated by GO! Southampton and was timed to give thanks during the Christmas festive period. The campaign was initially designed to encourage activities like street parties, picnics, coffee mornings, but the Covid-19 pandemic has forced a move into the digital environment.

The project also owes a debt to Native American Wampanoag partners. The idea of giving thanks is central to the Wampanoag culture, through ritual, ceremony and the sharing of food.

Miles Bernadett-Peters, representative of the Mashpee Wampanoag people, says: "To follow the meaning of Thanksgiving is to be thankful, to be respectful, to be caring to other people, to be giving. Not just to you and your own, not just to you and your family, but to strangers, to homeless people, to people who have nothing, people who are just trying to survive. That’s what the indigenous people did for the people who came across the seas on the ships."

Giving Thanks runs from 26 November 2020 to 14 February 2021. More information is available here and at #MyGivingThanks.