Southampton is just one of 18 locations to receive one of the new ‘Pilgrim 400’ apple trees, a new variety of apple discovered in Nottinghamshire, home of many of the Puritan Separatists who sailed on the Mayflower ship.

The apple - grown especially by horticulturalist and BBC Gardening Correspondent John Stirland, who was on hand to oversee proceedings - commemorates the 400th anniversary of the now famous journey. It is gifted to the city by Bassetlaw District Council.

A planting ceremony took place this month at Cuckoo Lane Park, behind the Mayflower Monument, led by The Rt Hon the Lord Mayor, Cllr Peter Baillie.

Children from St John’s School were invited, in recognition of their School of Sanctuary status, which is awarded for work in developing tolerance and understanding; these are key themes for Southampton’s Mayflower 400 programme.

Cllr Baillie said: "In planting this tree, we remember those Pilgrims from Nottinghamshire who left from Southampton 400 years ago in search of a new life. 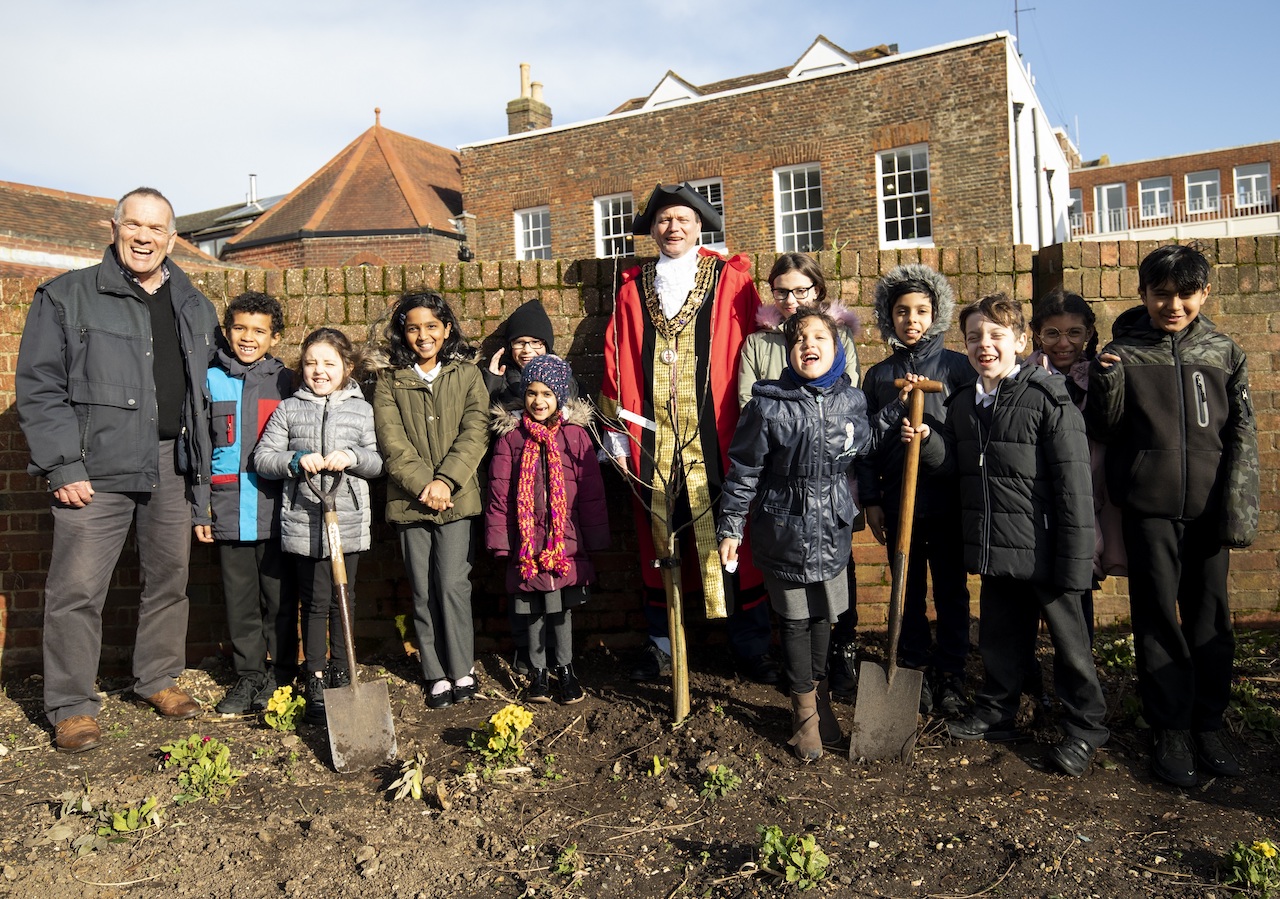 The planting ceremony in Southampton

"In a spot only yards from where they set sail for the New World, this tree will not only mark their journey, but it will act as a reminder to us all of the faith, courage and perseverance of the many thousands of people who followed their footsteps through Southampton on journeys of hope."

Caterina Loriggio, Mayflower 400 Anniversary Director, added: "We are grateful to our partners in Bassetlaw and to John Stirling for this symbolic gift.

"The Mayflower 400 programme is delivered not only by partner organisations across Southampton, but also by partners across the UK and the US. By working together, we hope to strengthen and amplify our offers to both local communities and to international visitors."

The planting marks the start of Southampton’s Mayflower 400 programme, which includes The Musical Odyssey, a musical performance by Southampton’s schools led by the Music Hub, at the Mayflower Theatre; In Search of a New World, an open exhibition at Southampton City Art Gallery; the Displaced Series at Showcase Gallery, and much more.