By the time the Pilgrims arrived in Plymouth, their journey was already well underway.

The Speedwell, carrying the members of the Separatist movement from Leiden in Holland who had organised the voyage, had originally joined the Mayflower in Southampton with the intention of sailing on to America.

But when the Speedwell began to leak, the Pilgrims were forced to make an unscheduled stop in Dartmouth. They set off again and were 300 miles clear of Land's End when the smaller ship once more began leaking badly and couldn't risk continuing.

They turned about for Plymouth where they transferred to the Mayflower, setting sail on 16th September 1620 (by today's calendar - the Pilgrims would have sailed on September 6th by the Julian calendar they would have used, which is 10 days behind).

By this time they arrived in Plymouth, the cramped and damp passengers had already spent up to six weeks at sea, with a fair wind and good fortune they would have hoped to be closing on their destination by then.

The Speedwell was finally declared unfit for the journey. Some of the Pilgrims dropped out; the remainder crowded onto the Mayflower, which required re-provisioning, despite funds running low.

She left on 16 September with up to 30 crew and 102 passengers on board. Just under half of them were Separatists, but all the passengers came from a variety of backgrounds and places all over England and from Leiden in the Netherlands - with lots of different motivations for travelling.

It is believed the Pilgrims arrived in a Plymouth that was maritime town trading with ports and places all over England and the into the Mediterranean. Some of the bustling port of 1620 still survives today with historic buildings such as Island House, the Elizabethan House and the old customs house still standing.

Island House, situated on Southside Street, dates from between 1572 and 1600 and is reputed to be one of the houses the Pilgrims were entertained in prior their departure for the New World. 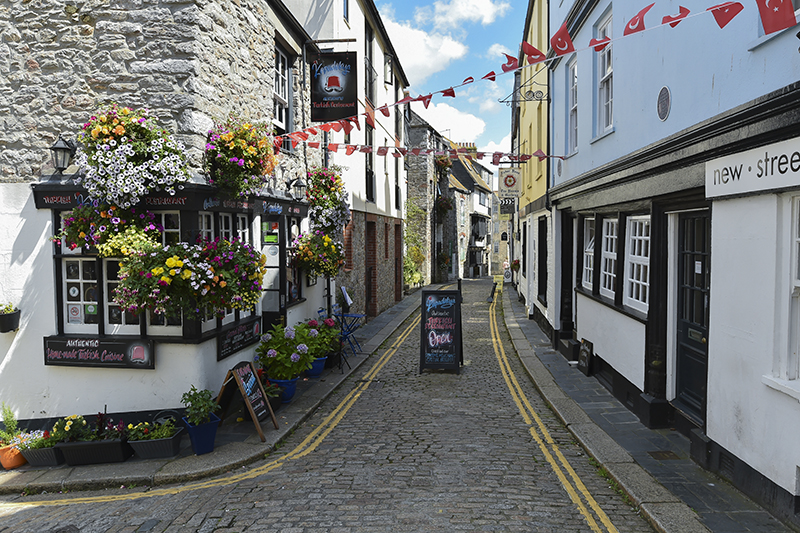 The Elizabethan House is found on New Street (pictured above) and represented a relatively new area of the town’s development in 1620, as the street dates from 1584, the year English ships sailed to Roanoke and created England’s first colony in America.

The Protestant community were also sympathetic to the Pilgrims cause. Plymouth had a long Protestant tradition and the port had been previously used as a base for fighting Protestant England's war against Catholic Europe.

When the Speedwell and Mayflower anchored in Plymouth, many families in the town had seen their men sail off to fishing grounds in New England and Newfoundland. They were probably aware too that the end of August was too late to set sail across the Atlantic and their men were due to return home.

The ship-builders in Plymouth said the Speedwell was unfit to cross the Atlantic, the Mayflower would therefore have to travel alone. There was not enough room for everyone on board one ship but, by then, some Pilgrims had already lost heart or were simply too weak to continue the journey by sea.

But the Pilgrims pressed on, with an unimaginable difficult journey ahead of them - one that would consequences for history that they could not have contemplated.

The Mayflower 400 programme in Plymouth

In 2020, Plymouth will be one of the centres for the Mayflower 400 commemorations with an ambitious events programme that will light up, captive and wow audiences visiting the city from all over the globe.

It will honour Plymouth's reputation as a centre for voyage, discovery and military importance in its glorious waterfront setting and mark 400 years since the Mayflower sailed from Plymouth.

The exciting signature events in Plymouth include:

Illuminate 2019 - the launch of the Mayflower 400 commemorations
November 28 – December 1, 2019
A dazzling festival of light with projections at Royal William Yard and the Barbican marking the start of the anniversary year. Free for all the family.

Settlement
July 6 to August 2, 2020
Creative event in Central Park by 27 Native American artists. Free for all the family.

‘Roots Up!’ by Street Factory
July 25, 2020
Take part in a free, mass street dance reaching from The Barbican to The Hoe