The event was originally scheduled for September 2020 as part of the Mayflower 400 commemorations.

Plymouth Morris had planned to celebrate their 50th anniversary year, which coincided nicely with the 400th anniversary of the sailing of the Mayflower from Plymouth in 1620.

However, due to Covid-19, the event - like many others - had to be postponed. Paul Reece, former Squire of The Morris Ring, and now dancing with Plymouth Morris is organising the event.

He says: "Starting at 10am, there will be two or three walking tours, comprised of several Morris Dance Teams from across the UK.

"These will take in Plymouth's famous maritime heritage and historic hostelries, interspersed with dancing at various Plymouth waterfront locations, including Plymouth Hoe and the city’s historic Barbican." 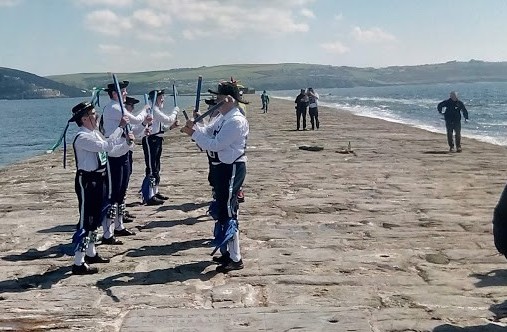 The day will culminate in a mass display of Morris Dancing on The Piazza at 4pm.

Paul adds: "After missing out on all our dancing last year, it will be great to get together with so many dancers from around the country and show them what an amazing city Plymouth is."

Morris Dancing has been documented in Plymouth since the 15th Century, the earliest record being in 1482.

In 1583, Sir Humphrey Gilbert left Plymouth for Newfoundland in an attempt to found a colony. A member of his company wrote of the preparations: "....we were provided of musike in good variety, not omitting the least toyes, as Morris dancers, Hobby Horse and Maylike conceits ...."

The ‘Mayflower Morris Muster’ is funded by Mayflower 400 Community Sparks.