Little is known about the children who sailed on the Mayflower some 400 years ago.

It is thought that there were around 30 on board the ship when the group departed Plymouth.

Some were children of the passengers, while others were servants or wards.

Tragically, many died during the first winter the ship landed in Cape Cod. However, others went on to live long and prosperous lives.

Births on the Mayflower

When the Mayflower sailed, three of the women on board were in varying stages of pregnancy.

Many of the households who boarded the ship brought with them servants and children of various ages, from teenagers to two- and three-year-olds.

Some families - like the Bradfords - had chosen to leave a child behind for safety's sake.

When Dorothy and William Bradford sailed, their child, John, was left behind in Amsterdam - though historians are not certain who cared for him. It could have been his grandparents. 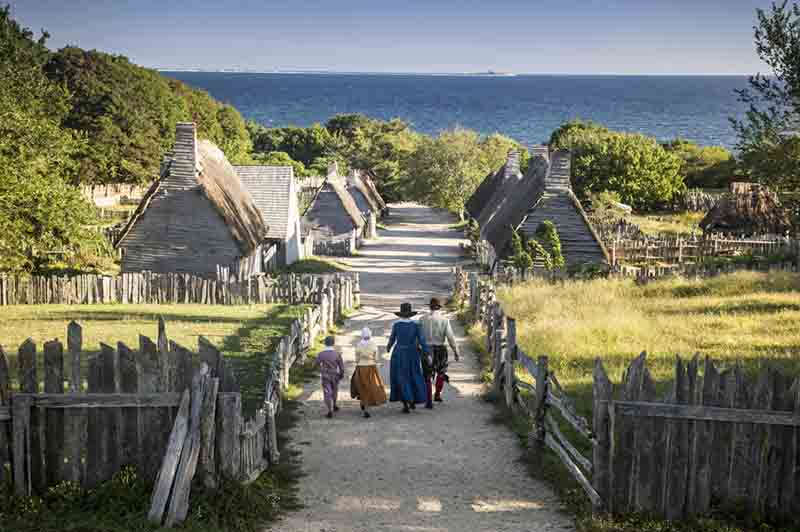 During the winter that greeted the new colony in America, around half of the 102 passengers died during the harsh conditions.

As a result, many of the surviving children sadly became orphans.

When the deaths became dramatic and swift, girls like Priscilla Mullins and Mary Chilton were left along in the world and subsequently taken in by other families.

Elizabeth Tilley saw her entire family die around her, and she went on to be involved in one of the earliest marriages in Plymouth.

In fact, when she married John Howland, it is suspected that she may have been as young as 14 years old.

This would have been anathema to a middle-class English person within that period, but the circumstances here were so dramatic.

The average age of marriage for a middle-class woman in England during that period would have been anywhere from 21 to 23 years old.

Many people nowadays think, 'they lived such short lives back then... they must have married at the age of 11.

It was actually a time where statistics lead us astray, that many people were living full lives.

But because we statistically look at the length of life, the high infant mortality rate - when many children were dying at the age of between 10 and 12 months during times of teething and high fever - that brings down our age of life into the thirties.

It's just the high child mortality rate that gives people the impression that people were dying at an earlier age.

Also, it would have been different if you were a country person, where the air is better and the living circumstances are better, you're likely to live longer.

London would have been a 'house of death'. It would have been very crowded, living conditions were bad, it was a place for young people because the death rate was so high, and the population would have kept getting reproduced by those migrating to the city.

How the More children ended up on the Mayflower 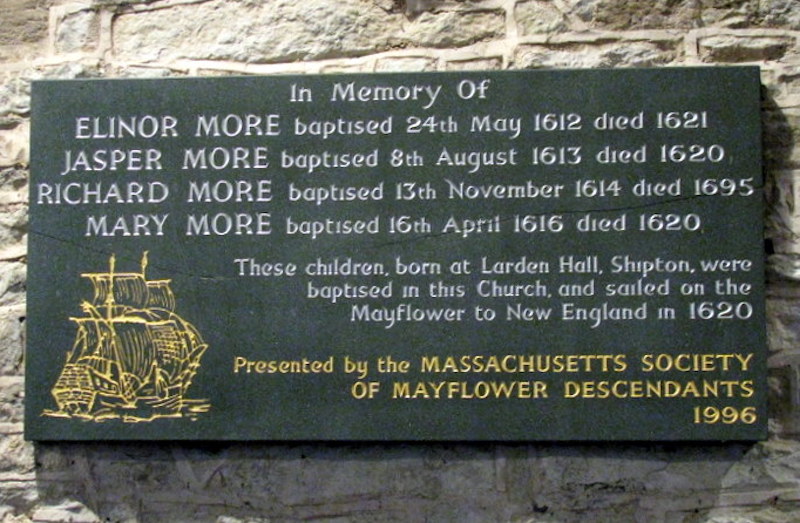 Four siblings travelled on the Mayflower as wards to other families.

They were the More children, and the reason they set foot on the ship has only recently been revealed.

The More children were taken in by other families, and we know of one family in which the children were believed by their legal father to have been illegitimate - that his wife had had an affair with the foreman of his farm.

So, he divorced his wife and sent the four children to America.

He bought them stock within the company and essentially told them he never wanted to hear anything of them again.

The Mores were a high-status family where cousins had been made to marry to consolidate property, and where there was age difference and not a bit of affection.

It is not known whether anyone here in Plymouth knew the More children's real story, so were they characterised to the people in Plymouth who took them in - the Carvers, the Winslows and the Brewsters?

Did these families know the real story, or were the More children characterised as orphans so they would not be marred by the label of illegitimacy?

What happened to the More children? 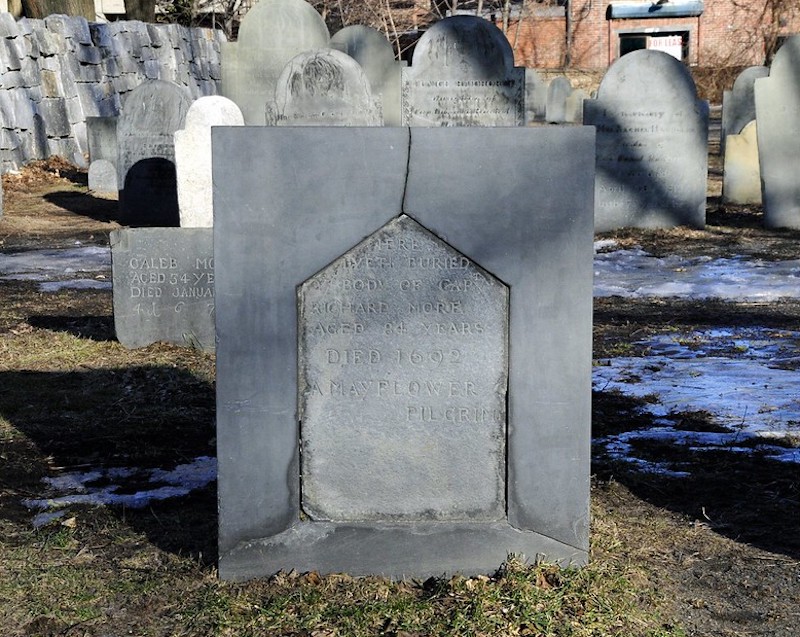 Three of the four More children died during the first harsh winter, when it is likely there would have been upwards of six inches of snow on the ground.

Richard More, who travelled as a very young boy, went on to live until almost the end of the 17th century.

He was still alive at the time of the Salem Witchcraft Trials, after leaving the colony, travelling north to Salem and becoming a sea captain, sailing back and forth between Massachusetts and English Bristol.

We don't know if anyone knows the real story, as its earliest appearance came more than 300 years later.

In 1950, a descendant of William Brewster fled the United States to the United Kingdom because she was about to be called before the House Un-American Activities Committee for communist activity.

She fled the country and began to look back at her ancestor, William Brewster, as somebody who, like herself, suffered political persecution for belief in practice.

And during the course of writing her short biography, she discovered this connection and story of the More children.

So, is it unclear as to whether the children were protected, so that if they could have lives they would be untainted, or whether people actually knew their story.

What happened to the children of the Mayflower? 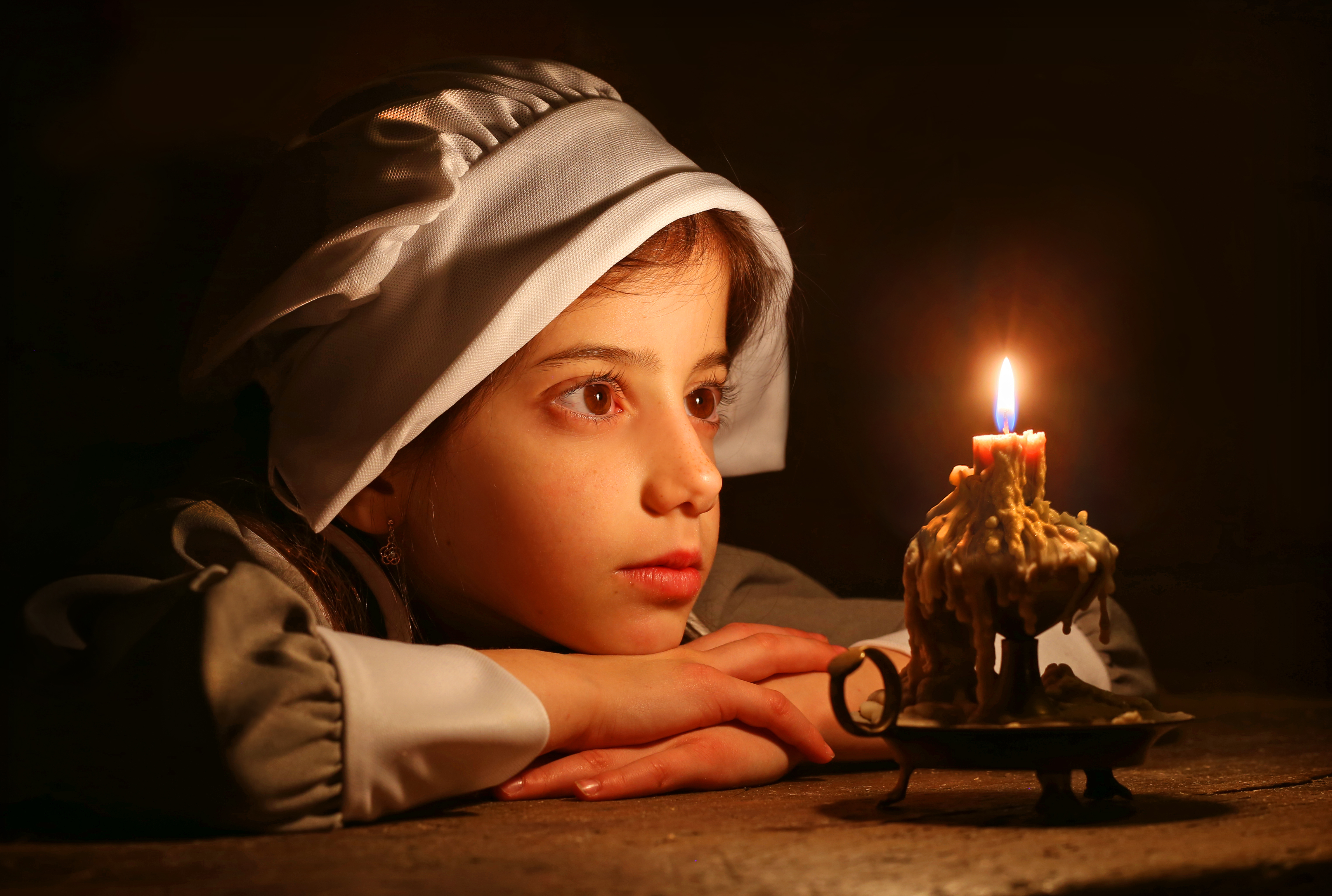 Oceanus Hopkins died at the aged of two after being born during the Mayflower voyage.

Peregrine White, the first-born child of the new colony, survived and led a life in the military, fighting against Native Americans in the bloody King Philip's War. He died in Marshfield, Massachusetts at the age of 83.

Priscilla Mullins survived the first winter after the death of her parents and siblings.

As a teenager, she married John Allen and went on to have 10 or 11 children.