Meet the amazing people behind The Elephant in the Room, which is one of the signature digital events in the Mayflower 400 Plymouth programme.

This short film by Plymouth-based performance company Beyond Face isn’t a story about a ship, or a journey to another land.

It is a story about today and six characters who are still experiencing the impact of our colonial history, in cities that have only just begun to speak about their complex past.

Throughout the film, these characters are met with denial, reluctance, avoidance, ignorance and ultimately silence, as they figure out how to be seen and heard in a system that was never built for them.

Beyond Face held its premiere in April and has kindly shared with us these images of the talented team who starred in and created it. 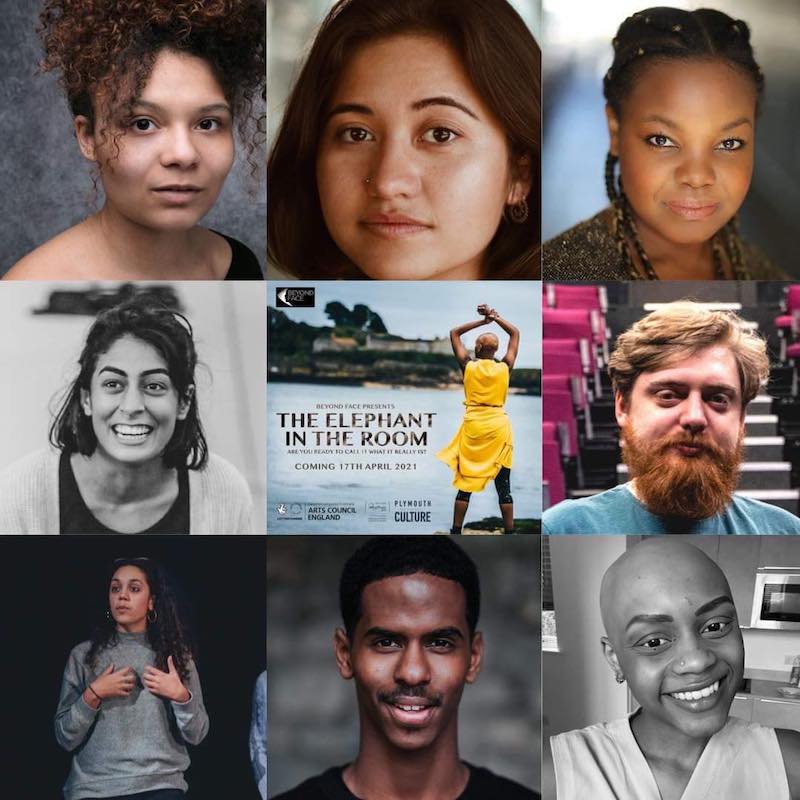 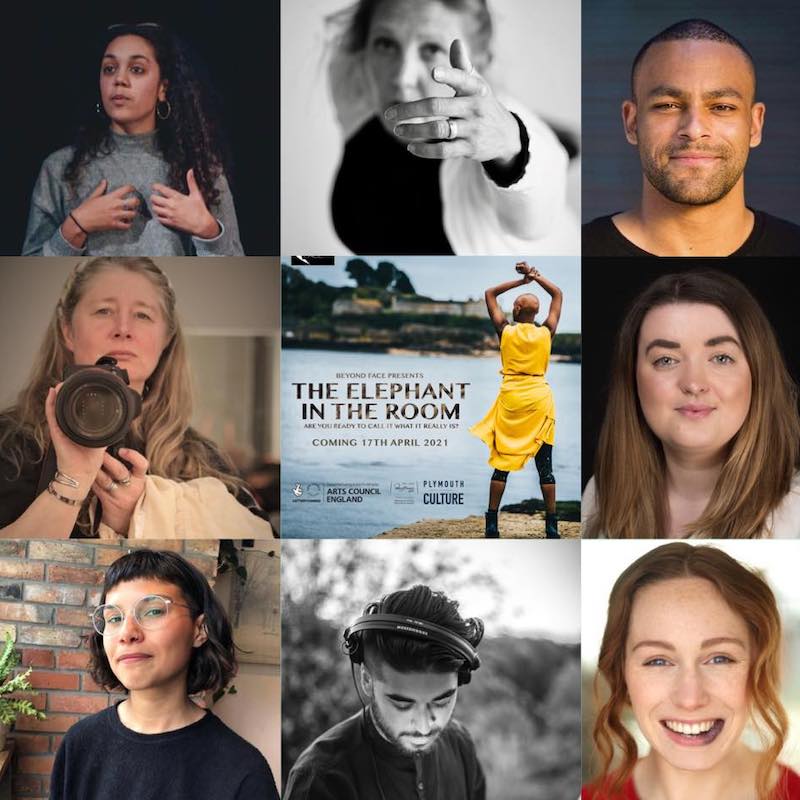 The project was funded by Arts Council England, Mayflower 400 UK and Plymouth Culture.

To watch the film, book your ticket here before 24 April.