Four hundred years ago, women played a critical role within the colonial experience.

Many of these women were married to men of power and were hosting meetings in their homes.

They knew all the secrets of the government, and the men in their lives trusted that they would be discreet.

During the time of the Mayflower, there were times of political intrigue in Plymouth when informants were sent by factions within the merchants in London to serve as moles and to explode the colony.

So, these women were hosting meetings at which their husbands knew there were moles.

The entire thing was play-acting so that misinformation was getting back to the merchants, and the colony could move ahead safely.

The importance of trust in the 17th century

Women played a key role in keeping secrets and in this period, for reformed Christians, they were ground-breaking in the way they experienced marriage.

Traditionally, every woman within that period would have understood that centuries-old concept that the head of the house was the husband.

He had the final word in all things and as a woman, her place would have been secondary within that household.

But reformed Christians married for companionship as well as shared labour.

So, a wise man was marrying a wise woman, and he may have taken her advice, but she needed to know that within this period, his say was final.

We may have been seeing marriages where men were respecting their wives’ opinions and insights, even though they retained the power and held all the decision-making strength.

There was one woman within Plymouth Colony who was simply extraordinary.

Who was Elizabeth Warren? Elizabeth Warren crossed the Atlantic in the summer of 1623 with her five daughters - Mary, Ann, Sarah, Elizabeth and Abigail who were aged between four and 13.

She was joining her husband, Richard Warren, who had travelled to America on his own.

Richard was one of the few Merchant Venture financial backers who signed on to make the Mayflower voyage as a member of the Leiden contingent.

In William Bradford's recollection of that time, he noted: "Mr Richard Warren, but his wife and children were lefte (sic) behind, and came afterwards.”

However, rather than being one of those families who were separated when Speedwell was left behind and they needed to cut numbers, it is believed that Elizabeth Warren was purposely left behind in London.

Why did Elizabeth Warren and her children not sail on the Mayflower? In 1619, there was a law that said that wives could not do business for their husbands unless they were physically or mentally ill.

What was happening during that period is that so many men were relying on their wives to do their negotiating, with women being skilful at purchasing from their childhood, when they marketed with their mothers.

They were bringing prices down and driving hard bargains, and so the men of London said, ‘That’s it, no woman may do business’.

But if a husband was ill or absent, a woman could run a business with no charge of masculinity or power-grabbing.

When Richard Warren travelled to America on his own, Elizabeth was free to run the business and if everything went wrong, Richard could return to London and walk right into that functioning business.

What happened to Elizabeth Warren? 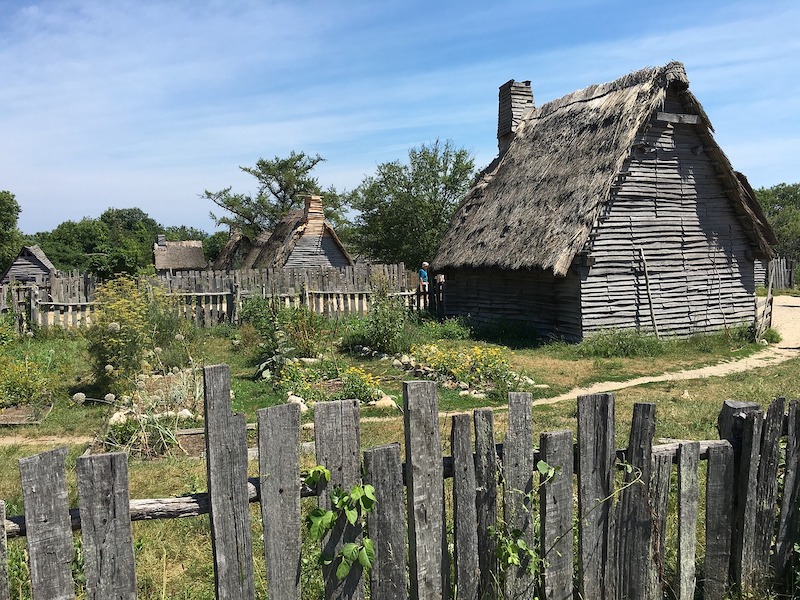 History shows that Elizabeth Warren was a good businesswoman.

She and her husband were reunited and together for only four years when Richard sadly died in 1628.

Elizabeth never remarried and was a widow for 43 years.

At the end of her life, she had one of the largest land holdings in the colony - 13 miles of coastline from what is now the town of Plymouth to the town of Sandwich on Cape Cod.

She also had vast holdings in the western territory that are now the border region of Massachusetts and Rhode Island.

Elizabeth represents an extraordinary moment in the colony’s history. She was brought before every freeman (those who had the ability to vote and hold office) and the Governor said to all the men present, ‘When you look at this woman, you see her husband in her’.

For more than 40 years Elizabeth exercised the male role, knowing that if she remarried, she would have lost all legal identity and all financial power.

But what happened was she consolidated property for her children, who went on to become some of the most respected and affluent people in America by the 18th century.