Travel through the countryside of this corner of “unknown England” and enjoy a personally guided visit to most of the main sites associated with the homes of the 1620 Pilgrims in one easy 5-hour trip.

Where? The Pilgrims’ homelands of Gainsborough and North Nottinghamshire

Experience the churches of Scrooby, Austerfield and Babworth used by Williams Brewster and Bradford and enjoy a guided tour of Gainsborough Old Hall, virtually unchanged since medieval times and former home of William and Rose Hickman.

First, visit Gainsborough Steps adjacent to the River Trent from where it is thought the Separatists first started their journey to Holland.

Then visit Gainsborough Old Hall, a glorious original half-timbered medieval hall and former home of the colourful family of William and Rose Hickman who allowed the Separatists a place of worship. Guided tour followed by a sumptuous afternoon tea.

Home of William Bradford, founder and governor of the Plymouth colony. See and touch the baptismal font where he was baptised in the ancient church of St Helena. The church was founded in AD702 and still has wonderful 12th century carvings. View the small manor house (from the outside) where Bradford lived.

A village seen by many as the true Pilgrims’ home as the birthplace of William Brewster, leader of the Mayflower pilgrims. View the medieval church of St Wilfrid and see some 16th century benches, (one known as “Brewster’s Pew.”) See the site of his home (note visits not possible)

The picturesque church of All Saints and known as the “Church in the Wood” 400 years later. The parish living was held by Richard Clyfton, minister and spiritual leader to the early Separatists in the time of their repression. A footpath to the north of the church is still marked as the “Pilgrims’ Way.” 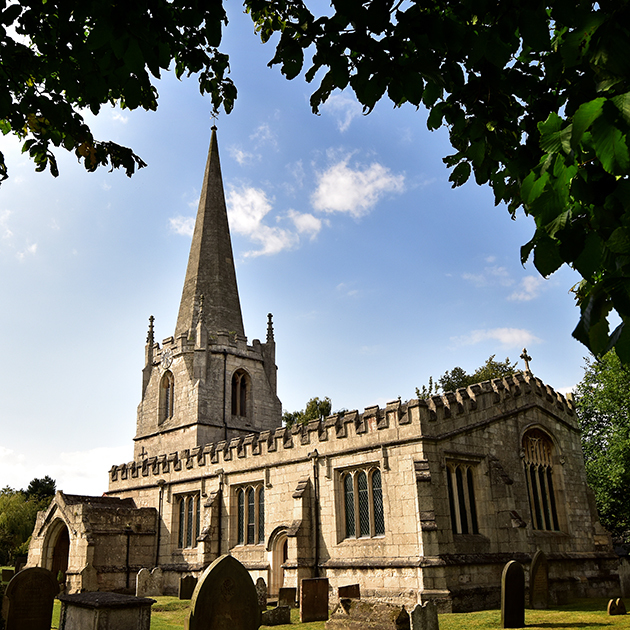 Launched in 2014, Brackenbury’s Britain specialises in cultural and walking tours, led by Richard Brackenbury, lifetime Nottinghamshire resident with an extensive knowledge of this region of England. He is a law graduate of Cambridge University (and although 400 years later than William Brewster, from a neighbouring college!)

As chair of Nottinghamshire Historic Churches Trust, Richard has a real enthusiasm for the area’s ancient churches as well as its wider history and culture which he delights in sharing with his guests in a light-hearted and entertaining way.

Retford is on the main east coast line station and is just 2 miles from Babworth and 12 miles from Gainsborough.

Year round.  Min. of 14 days advance booking but always call!