Visitors to The Box in Plymouth have been experiencing Native American culture and history through ‘Wampum: Stories from the Shells of Native America’.

Now, this ground-breaking exhibition is leaving Plymouth and taking up residence at the Guildhall in the heart of the City of London from Friday 23 July.

It centres on a wampum belt, created by 100 members of the Wampanoag people of the Mashpee and Aquinnah nations as one of the cornerstones of the 400th anniversary of the Mayflower's sailing.

Our short film below takes an in-depth look at the exhibition which has also visited Southampton during the Mayflower 400 commemoration year.

Watch our short film and discover more about 'Wampum: Stories from the Shells of Native America'

A tapestry of art and tribal history, wampum belts are the closest thing to written history for Wampanoag people.

Made from the purple and white shells of the whelk and quahog, wampum beads embody the Wampanoag connection to the sea and to life itself. Each shell bead is imbued with memory and meaning by the maker.

Wampum belts are of cultural, sacred and symbolic significance to the Wampanoag nation. Through these belts, the Wampanoag share stories of their communities and culture.

The newly-crafted wampum belt consists of 5,000 handcrafted beads and has been touring the UK alongside seven historic wampum belts on loan from the British Museum and Saffron Walden Museum. 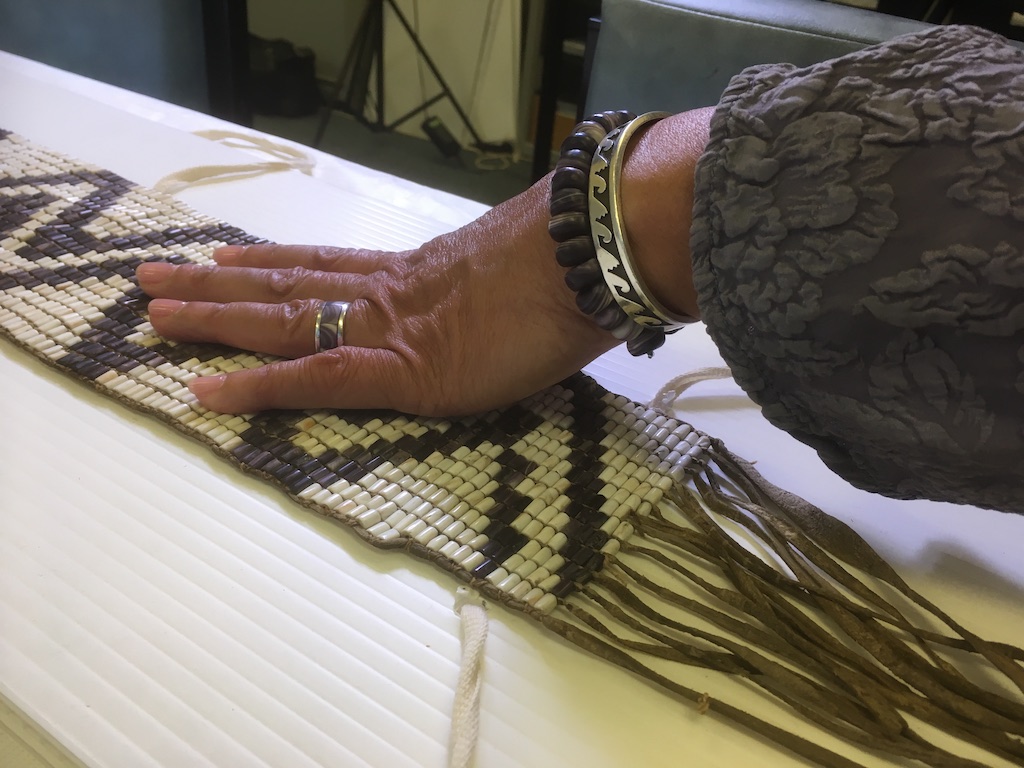 "It is a privilege to work alongside contemporary artists and educators from the Wampanoag Nation. We have a lot to learn from them, and this exhibition gives us that opportunity."

On completion of the tour, the new wampum belt will be returned to the Wampanoag Nation.