This August, theatre makers Trigger will stage The Hatchling, an extraordinary outdoor performance bringing a universal myth to life.

A giant puppet in the form of a dragon will appear in Plymouth and roam through the city before taking flight in a unique feat of artistry and engineering.

Created in collaboration with a world-class team of immersive theatre makers, puppetry specialists and champion kite flyers, the event aims to bring people together to celebrate freedom following a year of isolation.

The World Premiere of The Hatchling, which is free to attend, will invite the public to take to the streets and accompany the dragon on her epic two-day journey. The performance has been created with 25 partners including The Queens Harbour Master, Plymouth University and Plymouth Argyle Football Club.

Upon hatching, the dragon will explore her surroundings, stopping traffic as her curiosity takes her through the city and she meets the public.

At sunset on Sunday 15 August, she will undertake a miraculous metamorphosis into a kite, unfolding her wings spanning over 20m. Flying from a cliff top, she will soar into the sky and across the sea in a once-in-a-lifetime spectacle featuring lighting design by Mat Daw and a choral score by Ruth Chan. 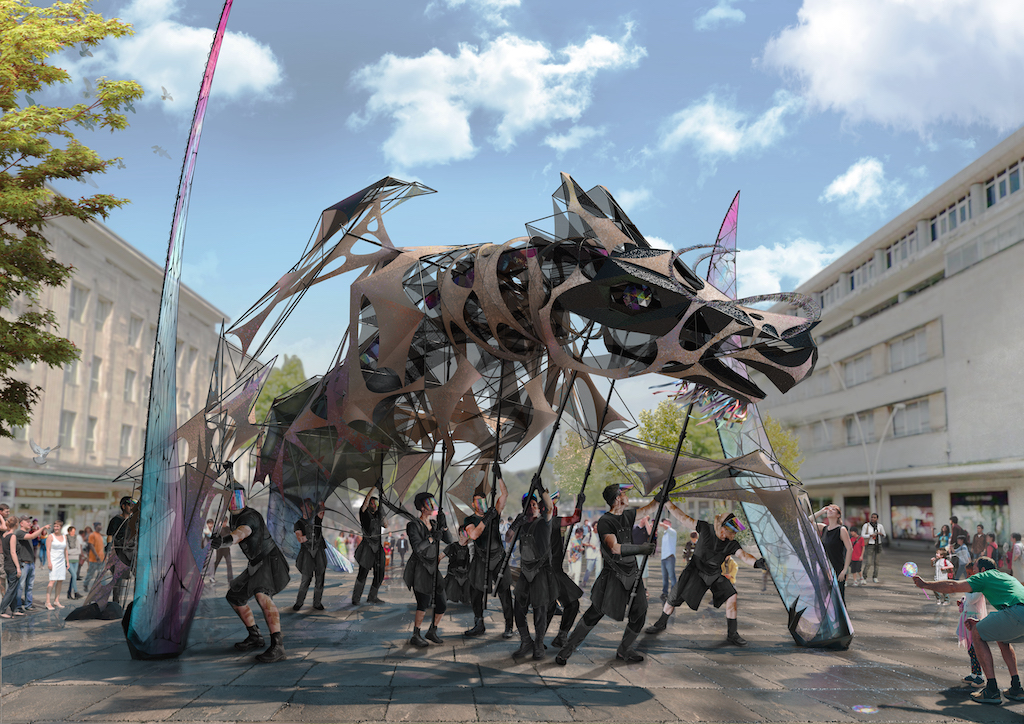 The Hatchling, a dragon taller than a double-decker bus, will hatch and roam through the city of Plymouth this summer. Picture by Carl Robertshaw

One of the highlight events of Mayflower 400, The Hatchling has been conceived by Angie Bual, Artistic Director of Trigger, who was inspired by the dragon as a global symbol. Whilst found in stories in every ancient culture around the world, the dragon is revered and respected in eastern mythology but often considered menacing in western folklore.

The event will bring together people from all walks of life to participate in a shared experience, opening up conversations around migration and freedom of movement.

The project is a collaboration between a team of leading UK creatives including Mervyn Millar, part of the original creative team of the acclaimed stage production War Horse, and Carl Robertshaw, a designer who has created sets for the London 2012 Olympic Ceremonies, collaborated with artists including Ellie Goulding and Kylie, and is a five-time sport kite world champion.

Standing at over 6.5m tall, The Hatchling is the largest-ever puppet to be solely human operated. It is constructed from super lightweight carbon fibre weighing less than a piece of hand luggage, allowing it to be operated by a team of 36 puppeteers working in rotation in groups of 15.

Designed in collaboration with a paleontologist, she will be the largest ever flying creature, surpassing the size of the prehistoric pterosaur on which she is based. 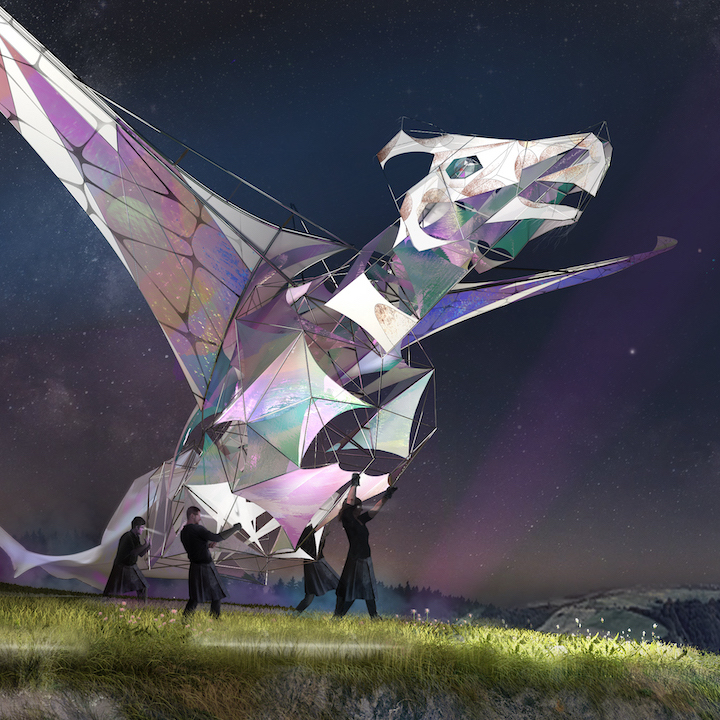 Artist’s impression of The Hatchling. Picture by Carl Robertshaw

Angie Bual, Artistic Director of Trigger, says: "We’re thrilled to be bringing The Hatchling, which has been six years in the making, to life this August.

"This show is a love letter to the city, and has been created with the support of partners across Plymouth from industry, academia, sport, culture and more. Plymouth will become a world stage for an event that celebrates the talent and energy of the people who live there.

"The Hatchling asks us to celebrate our commonalities over our differences - no matter your heritage or age, everyone has a connection to the dragon.

"When she flies, it will be a moment for all of us to reflect on freedom of movement, and what that means for each of us. The power public art has to unify us has never been more important." 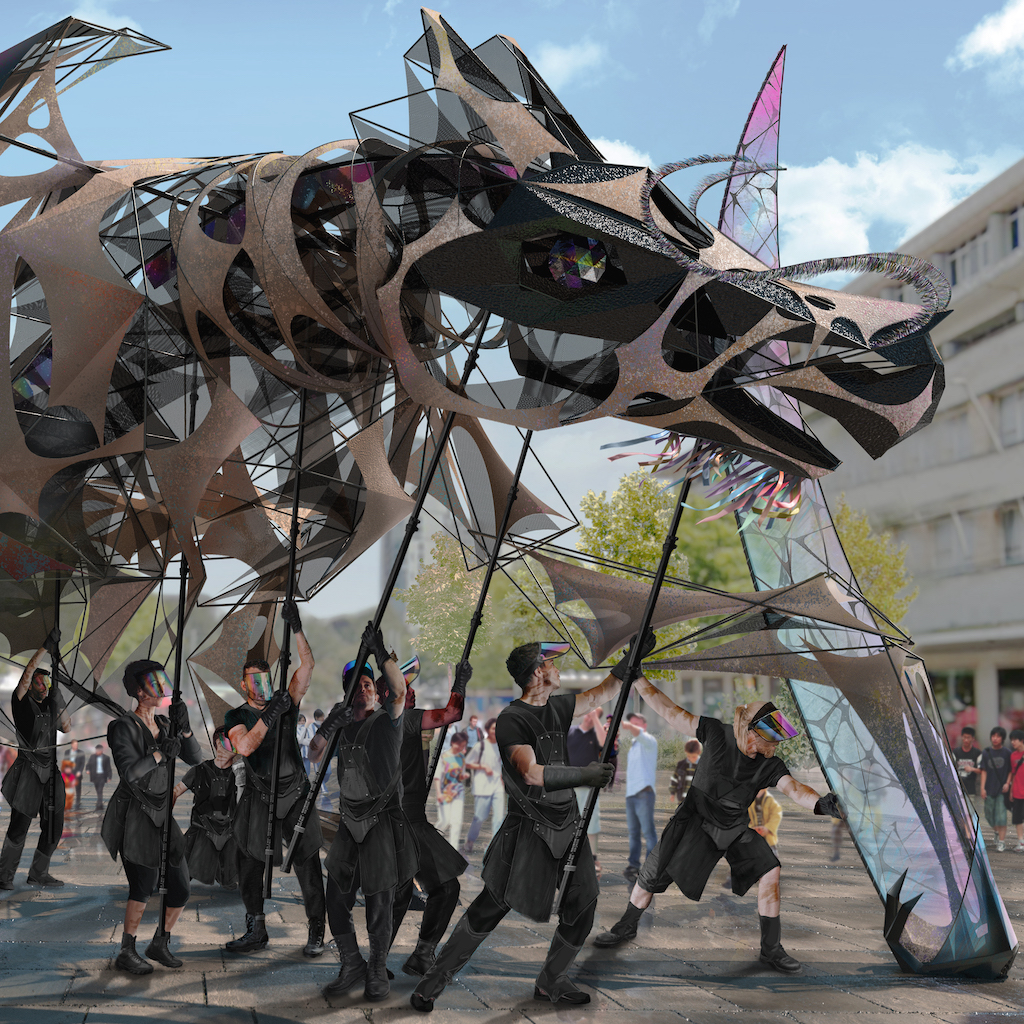 Cllr Tudor Evans, Leader of Plymouth City Council, says: "Plymouth has been the starting point for some of the world’s most historic journeys including those of The Mayflower, Darwin and Shackleton, and for thousands of emigrants setting off all over the world.

"The Hatchling will be another unique journey starting from the city this summer. It will be a world-class cultural event set against the beautiful backdrop of Plymouth Sound."

The Hatchling has been made possible thanks to public funding from the National Lottery through Arts Council England and support from Plymouth City Council and Mayflower 400.

It will be delivered in partnership with a range of event partners, alongside five academic research projects conducted by the Brigstow Institute at the University of Bristol. 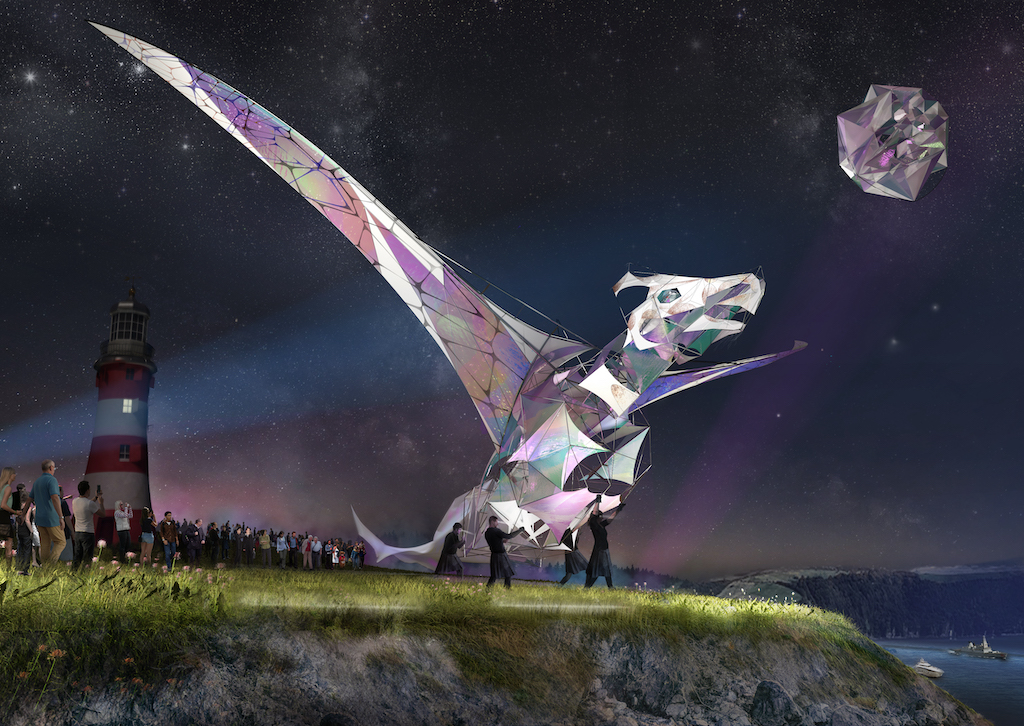 Artist’s impression of The Hatchling, produced by Trigger. Picture by Carl Robertshaw