For more than 12,000 years, the Wampanoag Nation has inhabited present-day Massachusetts and Eastern Rhode Island - where the Mayflower passengers arrived on the shores some four centuries ago.

Yet the impact of the Pilgrims’ arrival on the indigenous people who already lived in North America has been widely marginalised in the telling of the Mayflower story. Until now.

Paula Peters is a member of the Mashpee Wampanoag tribe and founder of Native American creative agency SmokeSygnals.

She is just one of the many influential figures who has ensured Native America's central role the Mayflower 400 anniversary – a true four-nation commemoration between the Wampanoag Nation, the UK, the USA, and the Netherlands.

For the last decade, Mayflower 400 has worked with the Wampanoag people to help keep the stories of their ancestors alive through a series of commemorative projects, exhibitions and events.

In this short film - part of a set of four speeches from each of the Mayflower 400 nations - Paula speaks from her heart about the work that has gone into raising awareness of the shared history of the nations and confronting the difficult truths of the Mayflower story.

She says: "Among the Wampanoag and indigenous people of this country, Mayflower conjures up different emotions.

"The ship did not land in a new world, but in fact a very old world. It was not, as William Bradford described, a vast and unpeopled country that was fruitful and fit for habitation, being devoid of all civil inhabitants where there are only savage and broodish men. 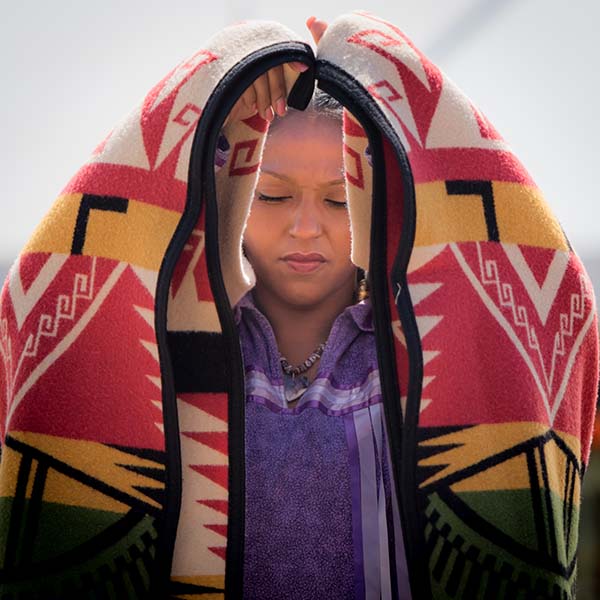 "For 400 years, the Mayflower narrative has favoured the glory of the Pilgrims and marginalised the Wampanoag truth.

"Today, I am grateful for this opportunity to take my people's story out of the margins and onto this international platform to be fairly consumed.

"To stand with Mayflower 400 as a partner in representing this story and allow all of you to decide how to feel about it, to tell you that I do not hold you accountable for the actions of your ancestors.

"I hold you responsible for the future."

Discover more about the Wampanoag and the crucial role they have played - and continue to play - in the Mayflower 400 commemorations here.