A Southampton-based theatre company is marking the Mayflower 400 anniversary in its own unique way.

The city plays a key role in the Mayflower story, for it was here that the passengers and crew stopped off to get supplies for their long voyage across the Atlantic.

The Sarah Siddons Fan Club had a number of shows lined up throughout 2020 to mark Mayflower 400 and the 400 years of the founding of Peartree Church, plus a special performance at the Clarendon Palace Ruins, near Salisbury.

Although their summer show, A Funny Thing Happened on the Way to America, sadly didn't happen, due to the coronavirus pandemic, the group has bounced back with not one, not two, but three new and exciting ideas.

Thanks to support from Southampton City Council and the Heritage Lottery, the Club has created a special film - recorded during lockdown - which tells the stories of some of the people who were in the city at the time.

Watch the trailer below.

The group has also put together a guide so you can 'Walk in the Footsteps of the Mayflower Pilgrims'.

This short, circular tour begins and ends at God's House Tower, taking in all the key places that have links with that special journey.

There are two different versions - one for printing and another specially designed for viewing on a mobile device - and they are both available to download free of charge from the website here. 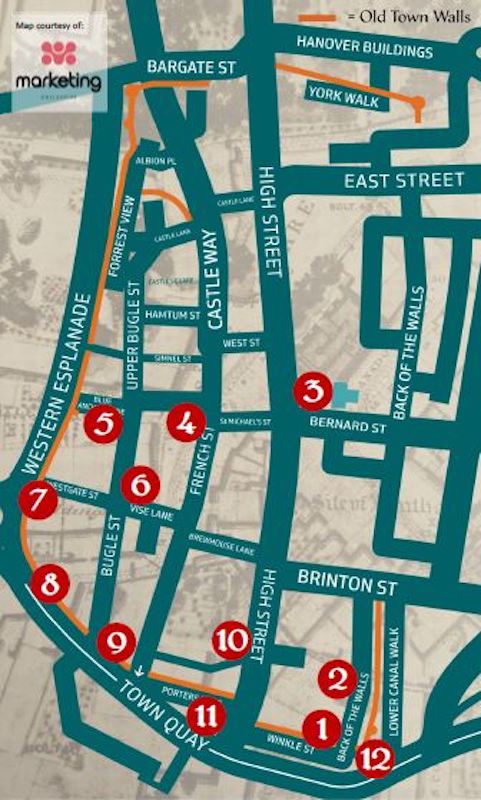 The walking map of Southampton

The third resource is a timeline to highlight some of the other major migrations that have impacted Southampton and form part of the city's history and heritage over the last 2,000 years.

Beginning in AD43 when the Romans arrived in Britain, creating a base in the Bitterne peninsula, the group has pulled out 25 key dates that have shaped Southampton helping to create the multicultural city where more than 150 languages are used today.

As well as the timeline there are plenty of resources and places you can go for further reading.