As part of the Mayflower 400 commemorations, four composers from nonclassical - the London-based music promoter, record label and events producer - will present a multimedia piece that takes journeys, migration and cultural identities as its themes.

The project, which has been commissioned by the City of London Corporation for its 'Our City Together' programme, will stretch across 66 days – the duration of the Mayflower's journey to North America.

Each of the four composers from nonclassical will collaborate with another artist - Lola de la Mata with Britta Thie; Blasio Kavuma with Jess Nash; Dan Samsa with Alison D’Souza; and Yfat Soul Zisso with Sasha Balmazi-Owen.

The works will be premiered here on 16 September at 6pm, marking the day the Mayflower set sail.

Wendy Hyde, Chair of the City of London Corporation's Culture, Heritage and Libraries Committee, said: "Nonclassical's composers and their fellow artists have been set a unique challenge, and it will be fascinating to experience how they have come together for this work, as part of the 'Our City Together' cultural programme.

"Several months in the planning and with the aim of revealing its course over more than two months, this project will make full creative use of animation, video, visual art and sound, and take people on their own particular journey."

Gabriel Prokofiev, composer and founder of nonclassical, added: "Nonclassical's composers have taken very personal connections to this voyage and, rather than try to connect directly with the experiences of the Mayflower Pilgrims or those whose lives were changed by their arrival in America, they found connected themes on their doorsteps in London, Birmingham, and in their own families.

"By doing so, they are highlighting the shared, universal, and human experience of travel and migration, and the 400th anniversary of the Mayflower becomes a broader symbol for how the world has seemingly got smaller over the last four centuries.

"Hopefully, we are gradually reaching an increasingly better level of understanding, respect, and humility towards each other." 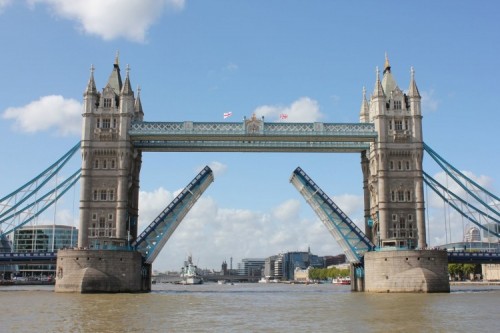 About The City of London Corporation

The City of London Corporation is the fourth largest funder of heritage and cultural activities in the UK and invests more than £100m every year.

In partnership with the Barbican, Guildhall School of Music & Drama, London Symphony Orchestra, and Museum of London, the City Corporation is leading the development of Culture Mile between Farringdon and Moorgate, a multi-million-pound initiative to create a new cultural and creative destination for London.

As part of this, the City Corporation is providing a £197m investment in the new Museum of London, which will open in West Smithfield in 2024, and £6.8m to support the development of the proposed Centre for Music.