The Mayflower II has embarked on its homecoming voyage to Plymouth, Massachusetts, as part of the 400th anniversary of the Mayflower sailing.

The ship herself represents far more than an extraordinary crossing of the Atlantic, symbolising the special relationship between the UK and the United States.

Originally built in Upham Shipyard in Brixham, Devon, it was a gift to the US for their support during the Second World War and sailed from Plymouth (UK) in 1957 to Plymouth, Massachusetts.

The replica was the brainchild of Warwick Charlton, who had served alongside many American allies during the conflict.

Warwick is the subject of our fascinating short film titled ‘My Mayflower: The Man Who Built The Mayflower II’.

It tells the real story behind the ship's sailing with fascinating archive footage and an in-depth interview with Warwick's son, Randal - author of The Wicked Pilgrim, a new book that chronicles Warwick's endeavours.

The replica is owned by the Plimoth Plantation - a living history museum exploring the history of the Pilgrims and the Wampanoag.

It features solid oak timbers and tarred hemp rigging to the wood and horn lanterns and hand-coloured maps. 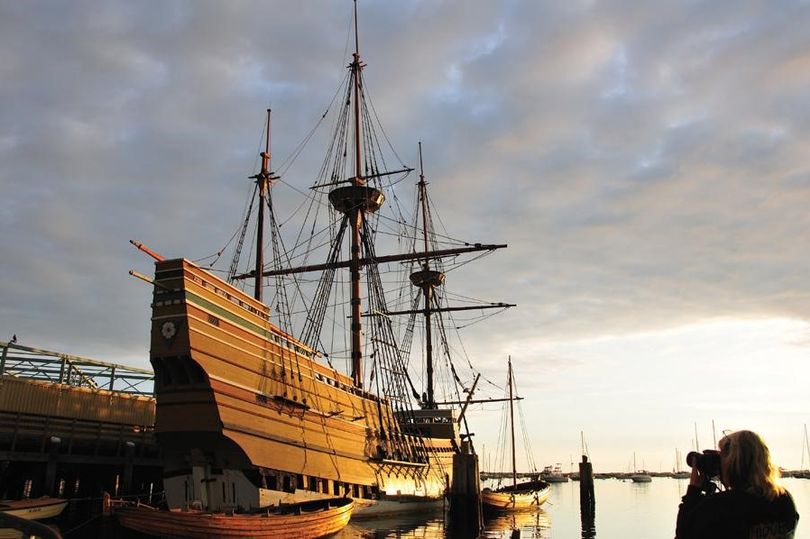 The ship departed the Mystic Seaport Museum in Connecticut on 20 July for two weeks of sail training and sea trials in New London, before making journey to her home port.

Once in New London, the Mayflower II will be docked at the City Pier for just over a fortnight, where Whit Perry, Plimoth’s Director of Maritime Preservation and Operations and the ship’s captain, will oversee a crew of 27.

At this time, the ship is expected to arrive in Plymouth on or about August 10, though this date is subject to change based on tide and weather conditions as well as other factors that may affect the safety of the ship and crew.

The boat on which we filmed our Virtual Voyage with legendary British yachtsman @conradhumphreys is named Bounty's… https://t.co/g7MJfeoydP