More than 100 giant painted octopus sculptures will be installed in Harwich and the wider Essex area this summer as part of the exciting Mayflower 400 programme.

From 4 July to 12 September, Octopus Ahoy! will see parks and open spaces taken over by 30 large 4ft figures and 70 smaller 2ft creations - all designed and painted by local professional artists and schoolchildren.

Harwich plays an important part in the Pilgrims' story - for it was the home town of the Mayflower's captain, Christopher Jones, whose former house still stands on King's Head Street, near the waterfront.

Jones's house is being converted into a museum and opened to the public for the 2020 commemorations, and a large part of it will be restored to its original features to give visitors a real taste of what it would have been like to live there.

The Octopus Ahoy! trail will run for 10 weeks, before the large sculptures are auctioned off at Le Talbooth in Dedham, with all proceeds going to Essex charities.

The project, in partnership with Tendring District Council and the Harwich Tourism Group, is being created and delivered on behalf of Mayflower 400 by KAT Marketing.

The agency was also the driving force behind the highly-acclaimed Stand Tall for Giraffes campaign in 2013, which marked Colchester Zoo’s 50th birthday and raised an amazing £115,400 for charity. 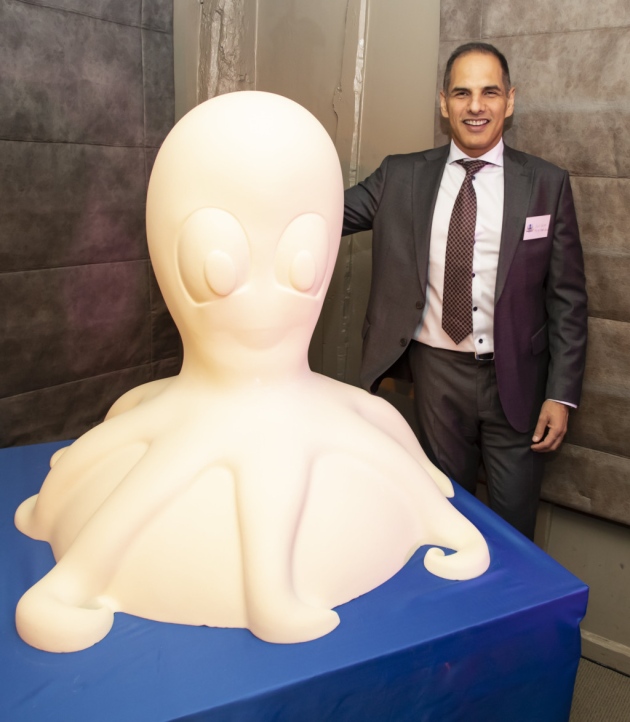 Katie Skingle, director of KAT Marketing, said: "We are very fortunate to have such a breadth and depth of artistic talent to call upon in Essex for amazing community art projects, like Octopus Ahoy!

"The American interest of the Mayflower 400 will add a different artistic dimension to the designs as well as looking at the local history and sense of place which always provide projects such as this with their own heart and soul."