The cells where the Pilgrims were held

New and exciting information has been uncovered in the lead up to the 2020 ‘Mayflower 400’ anniversary of the foundation of America that completely changes the story of the Pilgrims in Boston.

Original archive documents and new research, now on display in Boston Guildhall, has revealed a story of illicit worship, intrigue and influence in the town with a Boston draper, Leonard Beetson, central to unravelling the threads that make the story so compelling.

Luke Skerritt of Boston Guildhall Museum knew of a document in Lincolnshire Archives that related to the arrest of the Pilgrims in Boston in 1607 and arranged to view it. It was this document and the leads it provided which proved to be the first step in uncovering the story. Instead of a brief relationship with Boston it was actually the case that the Pilgrims were in the town for three months before their arrest and that those arrested were incredibly influential individuals such as WIlliam Brewster, Richard Clyfton and Thomas Helwys as well as the Boston draper Leonard Beetson.  This showed a completely different relationship between the Pilgrims and Boston, accessing other archival documents and new research the story began to unravel. 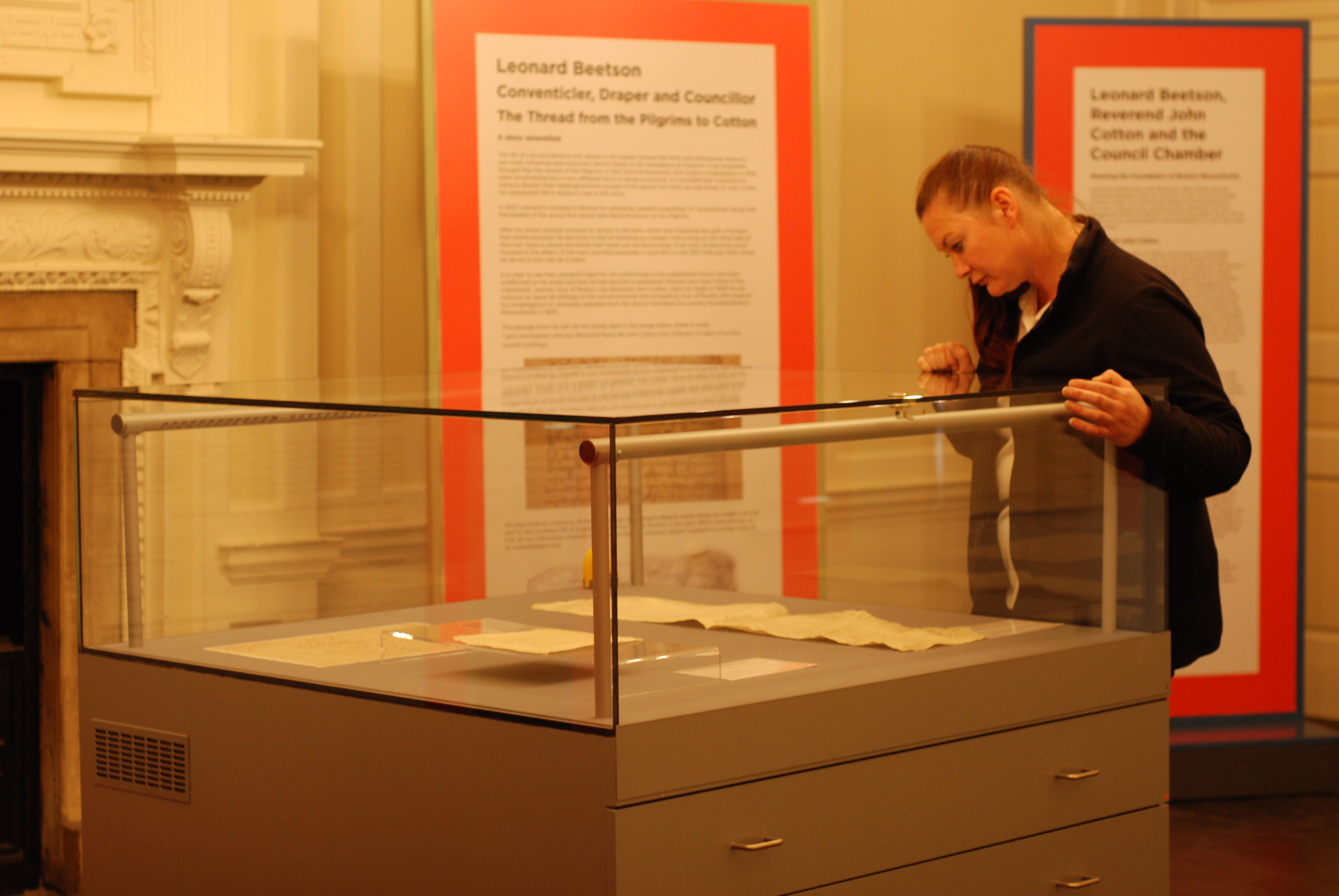 Beetson, the Boston Draper, weaves two of Boston’s most influential American connections together… he is the thread between the Pilgrims and the foundation of Boston Massachusetts by the congregation of charismatic Boston vicar John Cotton.  Arrested alongside the famous Pilgrims he chose to stay in Boston and became a respected business man and eventually a town councillor. He kept his habit of not conforming to religious convention though and became a close friend of the charismatic and radical, puritan vicar of Boston, John Cotton who influenced 1 in every 10 Bostonians to leave for America and found Boston Massachusetts in 1630.

Not only have these stories been revealed but further intrigue comes linking them with a hand written letter from Edward Winslow one of the most famous of the Pilgrims to a Clerk of the local Courts shining a new light on an unsuspected network between Boston and Scrooby, Nottinghamshire where many of the Pilgrims came from.

The new exhibition on display at Boston Guildhall showcases these stories and features as its highlight the documents that have helped reveal them which are on public display together for the very first time. 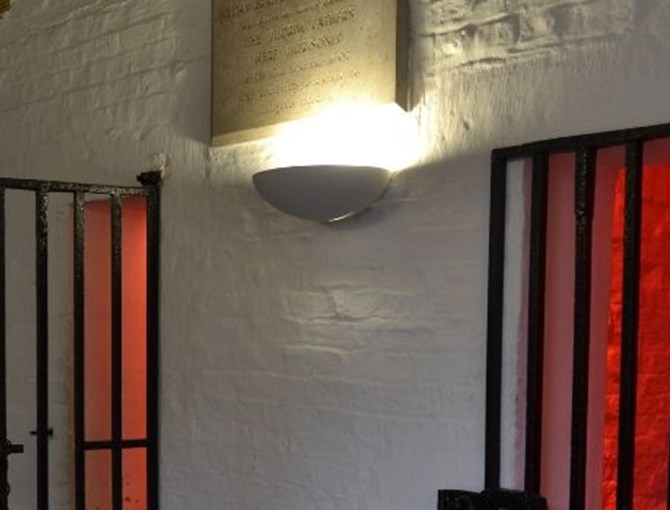 Inside the cells where the Mayflower Pilgrims were locked up 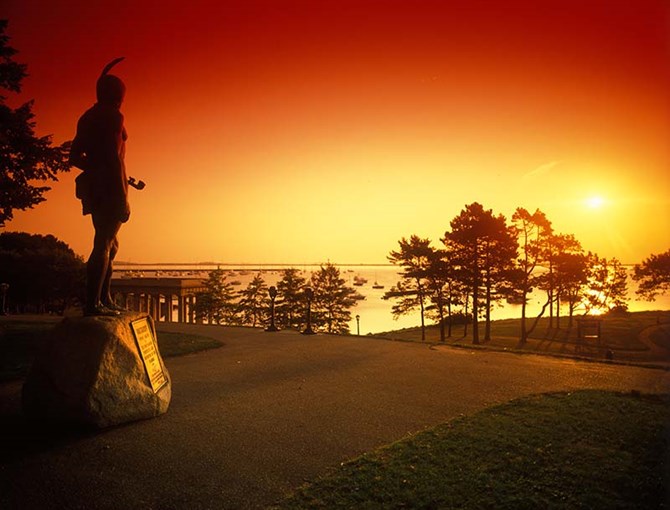 The story of Thanksgiving and the National Day of Mourning 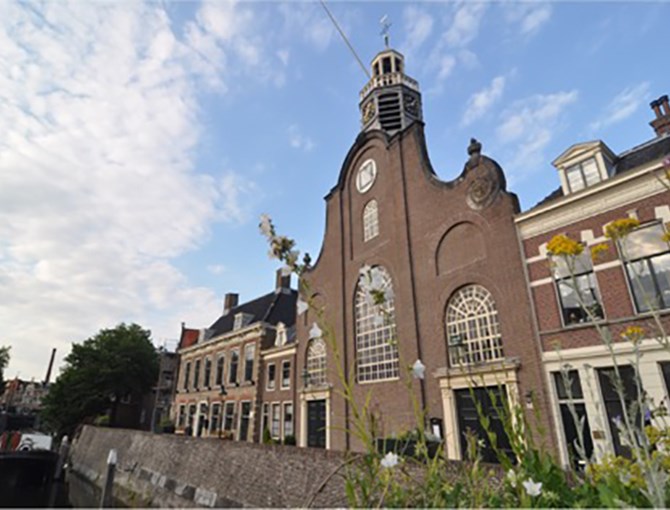 The day the historic journey to America began 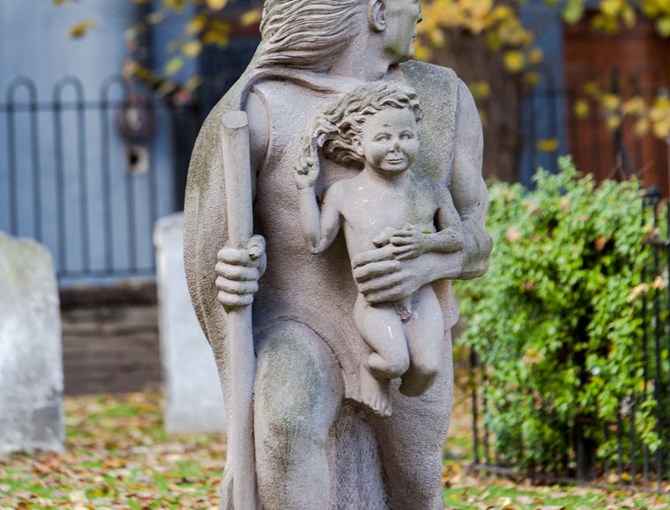 At the helm of history: The story of the Mayflower's master