Hundreds of volunteer ‘Mayflower Makers’ are being recruited, trained and sent into action across Plymouth as the city prepares to mark the 400th anniversary of the ship’s sailing in 2020.

Organisers hope to build a team of 400 volunteers to support the Mayflower 400 commemorations next year – with 180 already signed up and ready to go.

Their job will be to spread the word about the exciting 2020 events programme, help administer the events and welcome the thousands of visitors who are expected to arrive in Plymouth.

They have been named ‘Mayflower Makers’ and have already helping out at events such as the British Fireworks Championships in August. 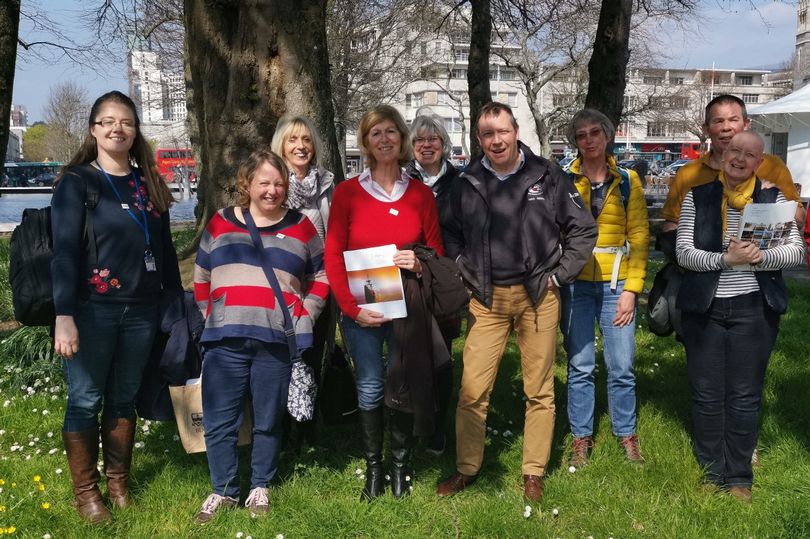 A group of Mayflower Makers

Co-ordinating the enormous task is Mayflower Makers Volunteer Manager Neil Minion. He explained that the project’s goal is not only to support the 2020 programme but to create a legacy of volunteering in Plymouth that would benefit the city for generations.

“Our aim is to use Mayflower as an example of how beneficial volunteering can be and to build a culture of citizen engagement as a Mayflower 400 legacy.”

There are currently around 180 Mayflower Makers in the City who have already undertaken various roles in promoting Mayflower 400 to others in the city and beyond.

One group spent a day with local barbershop singers The Kingsmen Choir at Paddington Station spreading the word and were surprised by the reception they received with so many people having a connection to Plymouth.

One of the visitors to the Mayflower 400 stand at the summer’s fireworks was a direct descendant of a Mayflower passenger.

The recruitment, engagement and deployment of this force is being co-ordinated by Neil through the city’s brand new “Our Plymouth” website.

“Having one platform to be able to recruit and deploy volunteers along with its own online community is ground-breaking” he said.

“Plymouth is the first city in the world to adopt this system so, once again, we’re leading the way.”

Anyone interested in getting involved should sign up through www.ourplymouth.co.uk for one of the Mayflower Makers introduction sessions.