An innovative new sculpture commemorating Dartmouth's role in the Mayflower story is set to be unveiled this week.

The Pilgrim Sculpture was commissioned in 2016 to mark 400 years since the Pilgrims sailed into Devon town's harbour en route to America. Dartmouth was their penultimate stop before Plymouth and crossing the Atlantic.

Sculptor Mark Gregory was asked to work with students from Dartmouth Academy on the project on a creation in the shape of a 'Pilgrim' - decided jointly by Nicola Perrott, the Director of Learning and Head of the Art at Dartmouth Academy and Lindsay Ellwood, Education Lead for Dartmouth Mayflower 400. 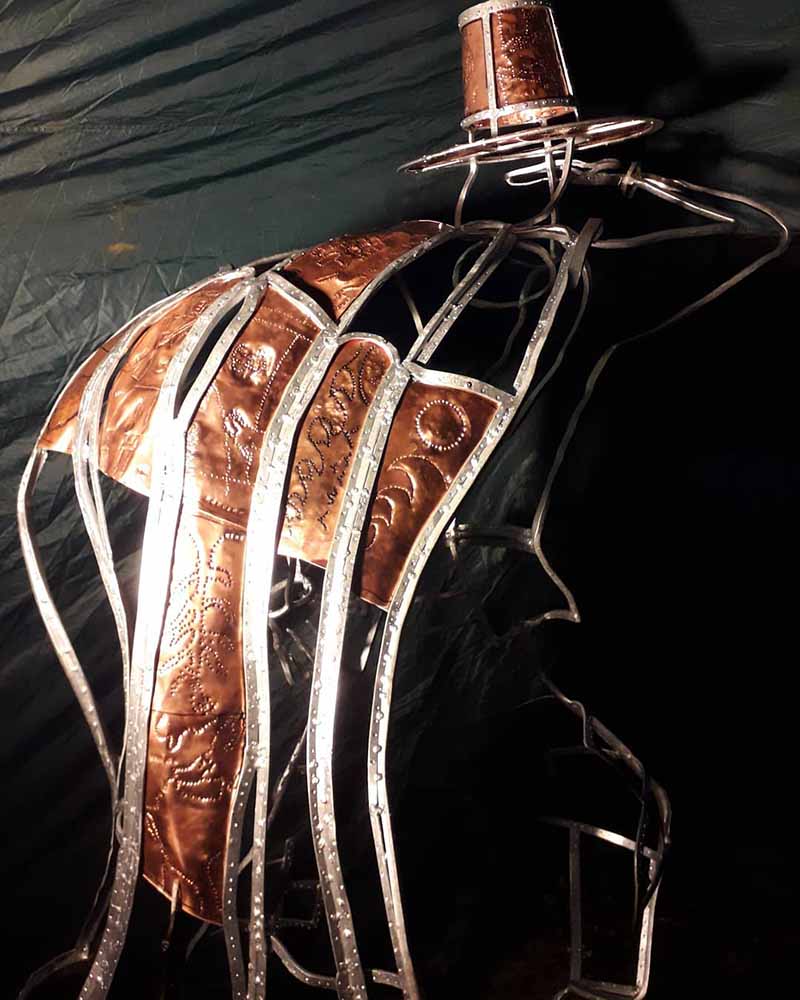 The framework was completed earlier this year with the Academy pupils having created the copper panels in workshops during September. It is made of galvanised steel and the pupils’ copper panels will be riveted to the framework.

Each panel corresponds to an area of the figure, such as a section of the cloak, and the pupils will create raised images relating to the Mayflower story using the repoussé method, which involves hammering on the reverse side of the copper. The Sculpture will stand just under two meters tall. 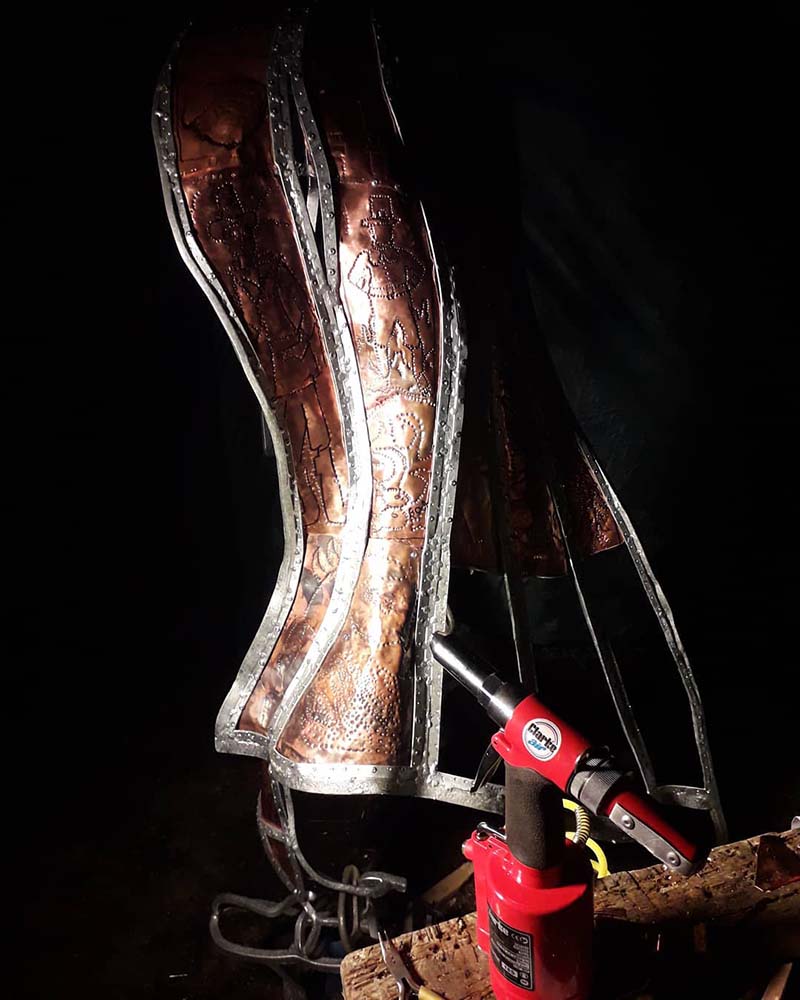 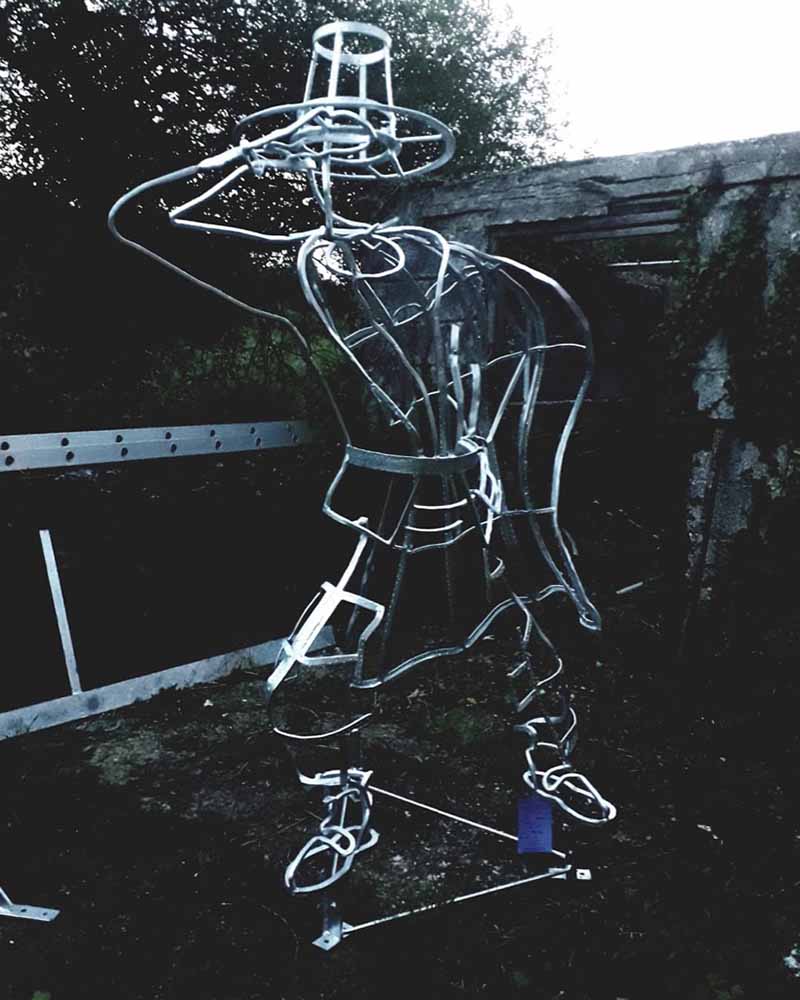 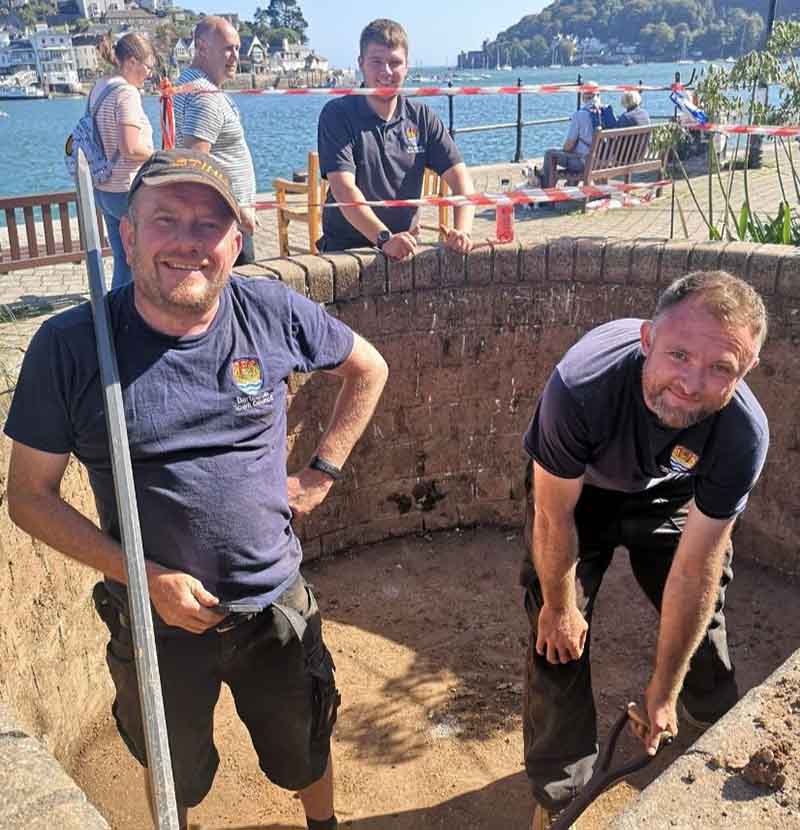 The Pilgrim Sculpture will be installed on Dartmouth’s South Embankment on Friday 11th October 2019 as a permanent sculpture for the town marking part of the Mayflower Trail, with the unveiling to be carried out by our Mayor, Graham Webb at 3pm. More details here.