Nearly a century after playing a leading role in the Mayflower 300 commemoration events of 1920, Lady Nancy Astor will be immortalised on Plymouth Hoe later this month with the unveiling of a statue in her honour.

A special Crowdfunder appeal reached its target in less than three months – and that tally is still growing by the day, with every extra penny from the page going towards the statue’s long-term maintenance costs. That means you can still make a contribution to support the legacy of this historic monument.

Lady Astor became the first woman to take her seat in the Houses of Parliament as the UK's first female MP - an extraordinary and courageous achievement that certainly changed the world forever in terms of equality, democracy, fairness and hope.

Born in Virginia in the US in 1879, she moved to England at the age of 26 and was elected by the people of Plymouth in November 1919, just one year after some women were finally given the vote. 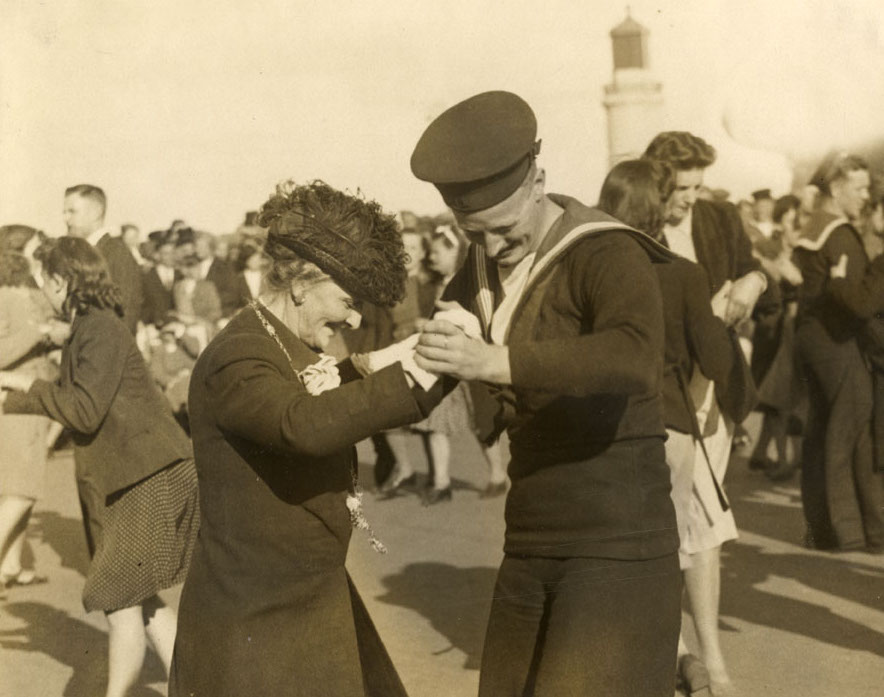 It was this historic achievement which made her the symbol of Mayflower 300 the following year, and she was considered something of a Mayflower ‘tourist attraction’ for American visitors to Plymouth.

The idea of commemorating the Pilgrims’ story was first voiced in 1917 by Dr James Rendel Harris, the Plymouth-born but then US-based Biblical scholar, who wanted to mark the tercentenary of the sailing of the Mayflower.

The Astors were the obvious Plymouth link to use to promote his concept - and Nancy in particular took up Mayflower 300 with enthusiasm.

She was heavily involved in Plymouth’s Mayflower events of 1920, and even hosted a huge Mayflower Garden Party in the grounds of Saltram House, which was attended by more than 800 guests. 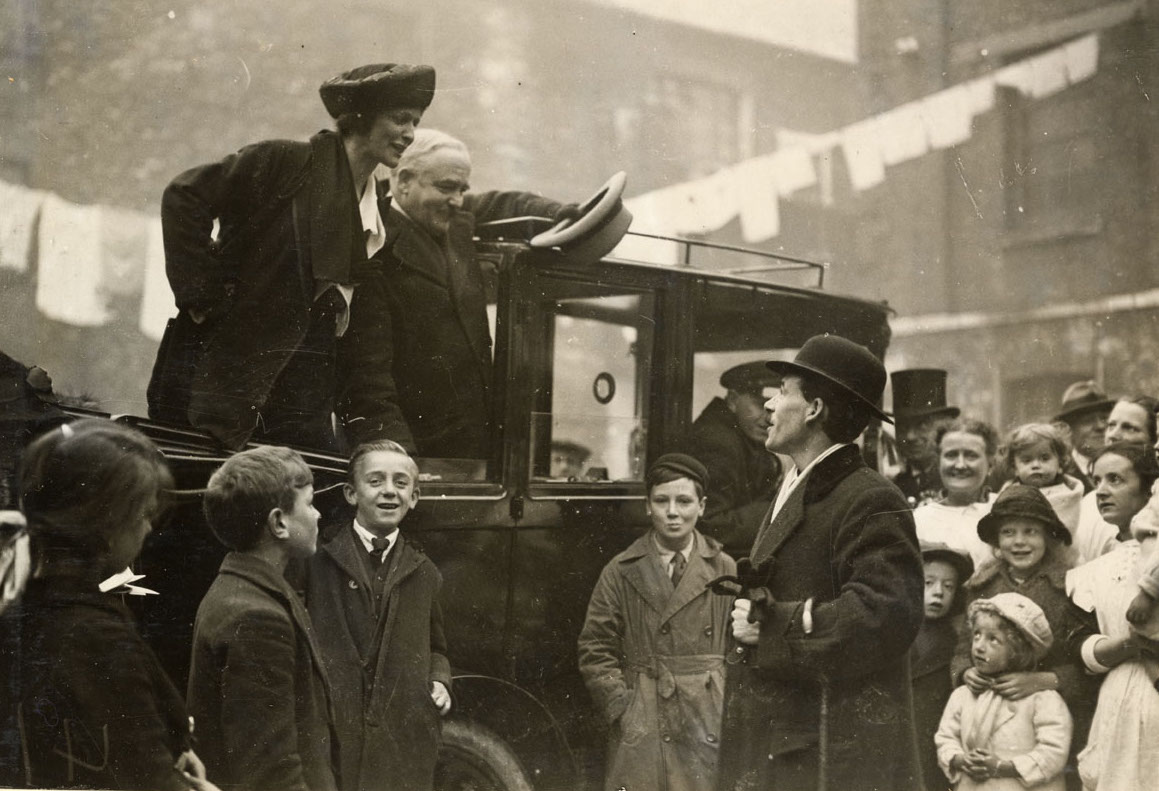 Lady Nancy Astor standing in the back of a car and talking to a man in the crowd at Clare Buildings, Coxside

At the Mayflower Lunch in the Guildhall on 4 September, 1920 - which formed part of the opening ceremonies - Plymouth's Mayor toasted Lady Astor as the Returned Mayflower, Virginia's 'Pilgrim' sent by Plymouth to the British Parliament.

Now her likeness will sit proudly on Plymouth Hoe, the place she called home for some 45 years. The bronze statue was created by sculptor Hayley Gibbs and will be unveiled at 1pm on November 28 – a day that coincides with the launch of Mayflower 400 and Thanksgiving Day in America. 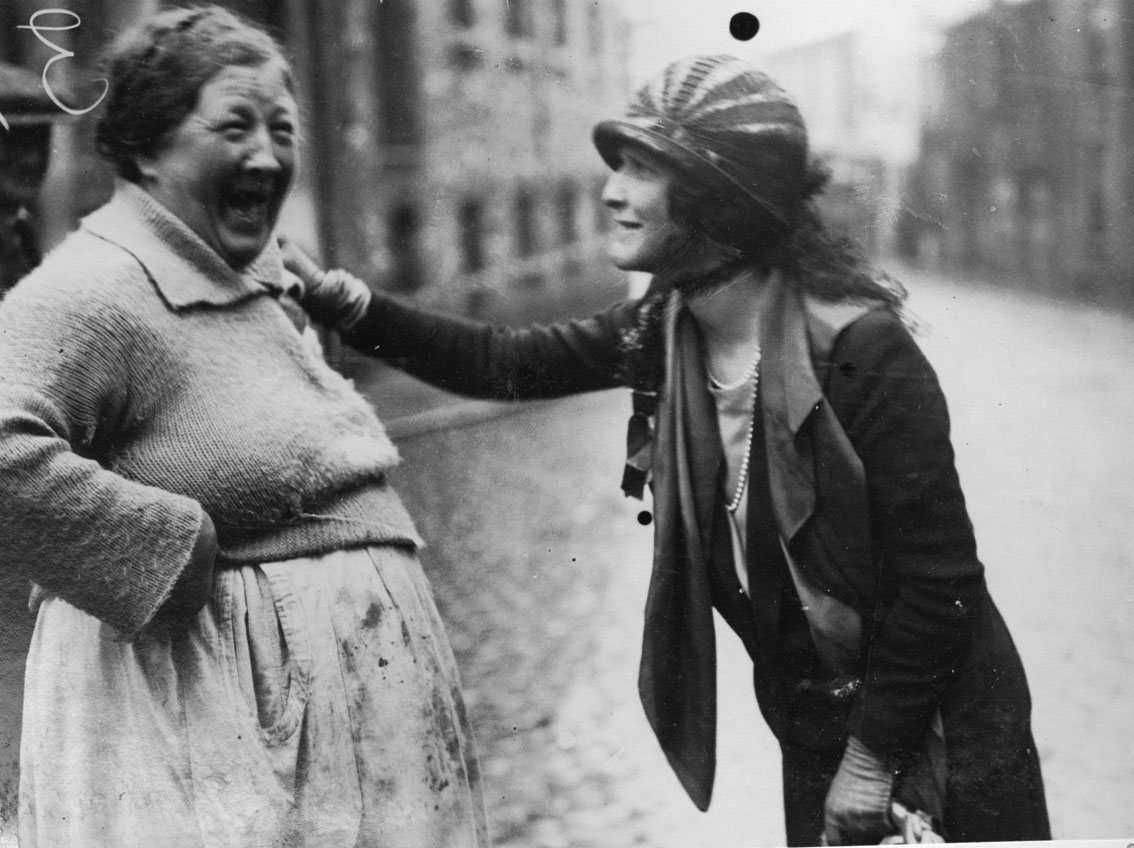 Lady Nancy Astor talking to a woman in the street

The idea for the appeal came from the team behind Plymouth Women in Business Networking – led by journalist Alexis Bowater – who set up a Crowdfunder to launch the project.

Thanks to donations from more than a thousand people, the group raised more than £125,000 in just three months. Now the focus is on securing extra funding to pay for the statue’s long-term maintenance costs.

If you would like to make a contribution, visit the Crowdfunder page at https://www.crowdfunder.co.uk/lady-astor-statue-100-campaign