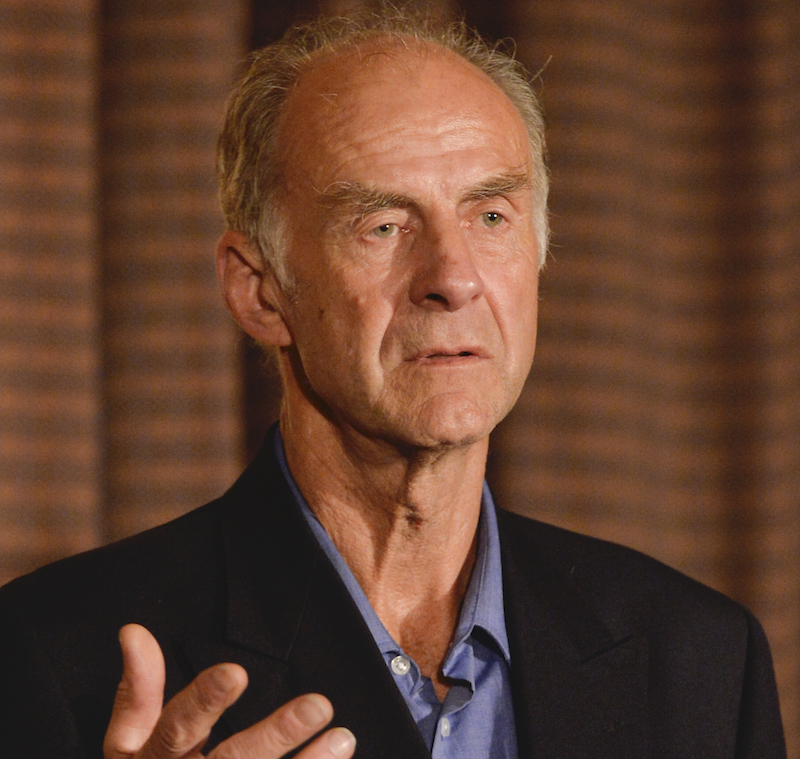 Sir Ranulph Fiennes - described by The Guinness Book of Records as 'the world's greatest living explorer’ - is headlining the next Mayflower 400 Speaker Series event.

Ranulph Fiennes - 3rd Baronet OBE, explorer, fund-raiser, author and public speaker - is one of seven guests who have been invited to present a themed talk as part of the Mayflower 400 Speaker Series that will be rolled out over a two-year period commemorating the Mayflower’s 400th year anniversary and the importance of the transatlantic relationship between the UK and the US.

Since the early sixties, Ranulph has undertaken a number of extraordinary adventures such as completing the Transglobe Expedition (the first pole-to-pole using only surface transportation), climbing to the summit of Mount Everest, and journeying down the White Nile by hovercraft.

Jonathan Blair, UK Managing Partner of Womble Bond Dickinson, said: "Sir Ranulph Fiennes is undoubtedly one of the greatest explorers of our time, and we are very much looking forward to hearing him speak about some of the unique experiences that he has faced.

"We're delighted to support the Mayflower 400 anniversary and the Speaker Series that highlights the key themes behind the historic voyage of this iconic ship and celebrates our collective heritage with the US, along with the ongoing relationship between the two countries with all of the benefits this brings."

Ranulph has confirmed that he will be doing a book tour at the end of this year for his autobiography, 'Living Dangerously'. His book shares a personal journey through his life, from his early years to the present day.

Both light-hearted and strikingly poignant, 'Living Dangerously' spans Sir Ranulph’s childhood and school misdemeanours, his army life and early expeditions, right through the three-year Transglobe Expedition to his current Global Reach Challenge, in which he aims to become the first person in the world to cross both polar ice caps and climb the highest mountain on each of the seven continents.

Ranulph said: “It takes a certain type of person to be able to keep moving forward on a journey or exploration, regardless of the issues that you are faced with such as raising funds and finding the means to make a project happen from the outset.

"These qualities link with those of the Pilgrims, and I imagine they faced similar challenges when having to raise the funds to buy the Speedwell and then replacing it with the Mayflower when the Speedwell started to take on too much water. I believe both myself and each of those Pilgrims who made that momentous journey all know a thing or two about Living Dangerously!"

This Mayflower 400 commemoration sits at the very heart of the special relationship between Britain and the US. The official programme in 2020 will comprise more than 400 events that will span four Nations – Britain, US, Netherlands and Wampanoag – and is anticipated to yield a significant £440m impact on the business turnover across the UK Mayflower Compact destinations.