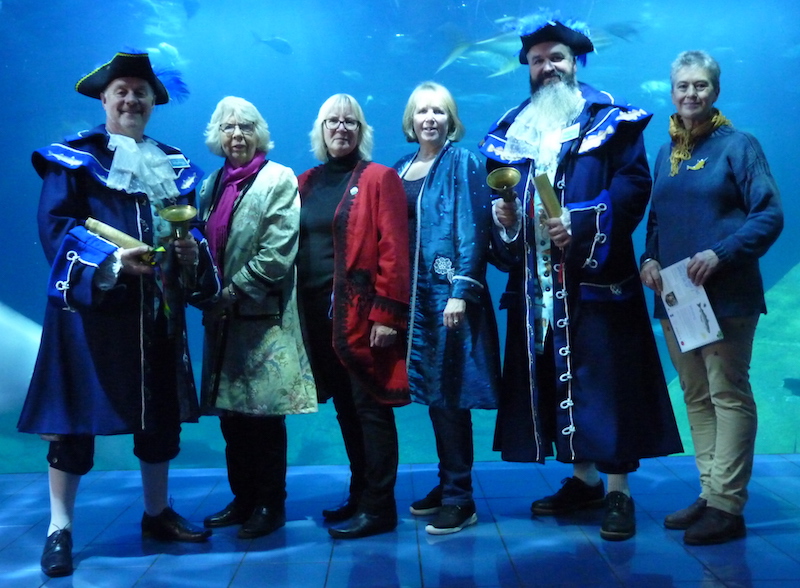 People in Plymouth will get to see their Mayflower 400 Town Crier, John Pitt, and his deputy, David Green, in their magnificent new regalia for the first time this Thursday, 28 November.

The town criers' first official Mayflower 400 appearance will be at the opening of Illuminate at Royal William Yard, although you may see them earlier in the day at the unveiling of the Lady Astor Statue on Plymouth Hoe and at the '100 Years of Plymouth Powerful Women' exhibition at Plymouth Guildhall.

The town criers were chosen at a very exciting competition held in the Guildhall earlier this year. John and David have subsequently become Members of The Ancient and Honourable Guild of Town Criers.

The whole initiative has been a community project based on a small fund from Mayflower 400 Community Sparks and organised by a volunteer team of Hoe residents, notably Penny Tarrant, Debbie Jones and Sue Dunn.

When designing the regalia to be worn by our town criers, the Mayflower 400 Town Crier team decided to include marine and maritime themes to reflect the long history of seafaring from Plymouth's natural harbour, the city's role as a sustainable fishing port and home to the National Marine Aquarium and the recent declaration of the UK's first National Marine Park in Plymouth Sound.

The regalia features nautical knots and sustainable fish, and has been designed, created and donated by Run with Scissors (aka Debbie Jones), using fish motifs from original artwork by artist, Debby Mason.