See our guide to the church

It is known as the spiritual home of the Pilgrims - a humble church nestled in a tiny English village with a heritage that runs to the very heart of the Mayflower story.

For All Saints Church, where two future leaders of the Plymouth Colony would meet long ago, is filled with history, stories - and countless carved images of mice!

The pretty church can be found in the village of Babworth in Nottinghamshire and it was here that William Bradford and William Brewster came to hear the influential Reverend Richard Clifton preach.

When he lost his livelihood at Babworth, Clifton held secret meetings at nearby Scrooby Manor, and the beginnings of the Separatist movement were born.

Carved into its pews, pulpits, nooks and crannies are images of mice - the trademark of Robert Thompson, born in 1876, who dedicated his life to the craft of carving and joinery in English Oak. He carved the oak fittings in beautiful Babworth Church.

To commemorate the forthcoming 400th anniversary of the Mayflower journey in 2020, a bespoke collection plate complete with a mouse by Robert Thompson’s present day company has been presented to the church. 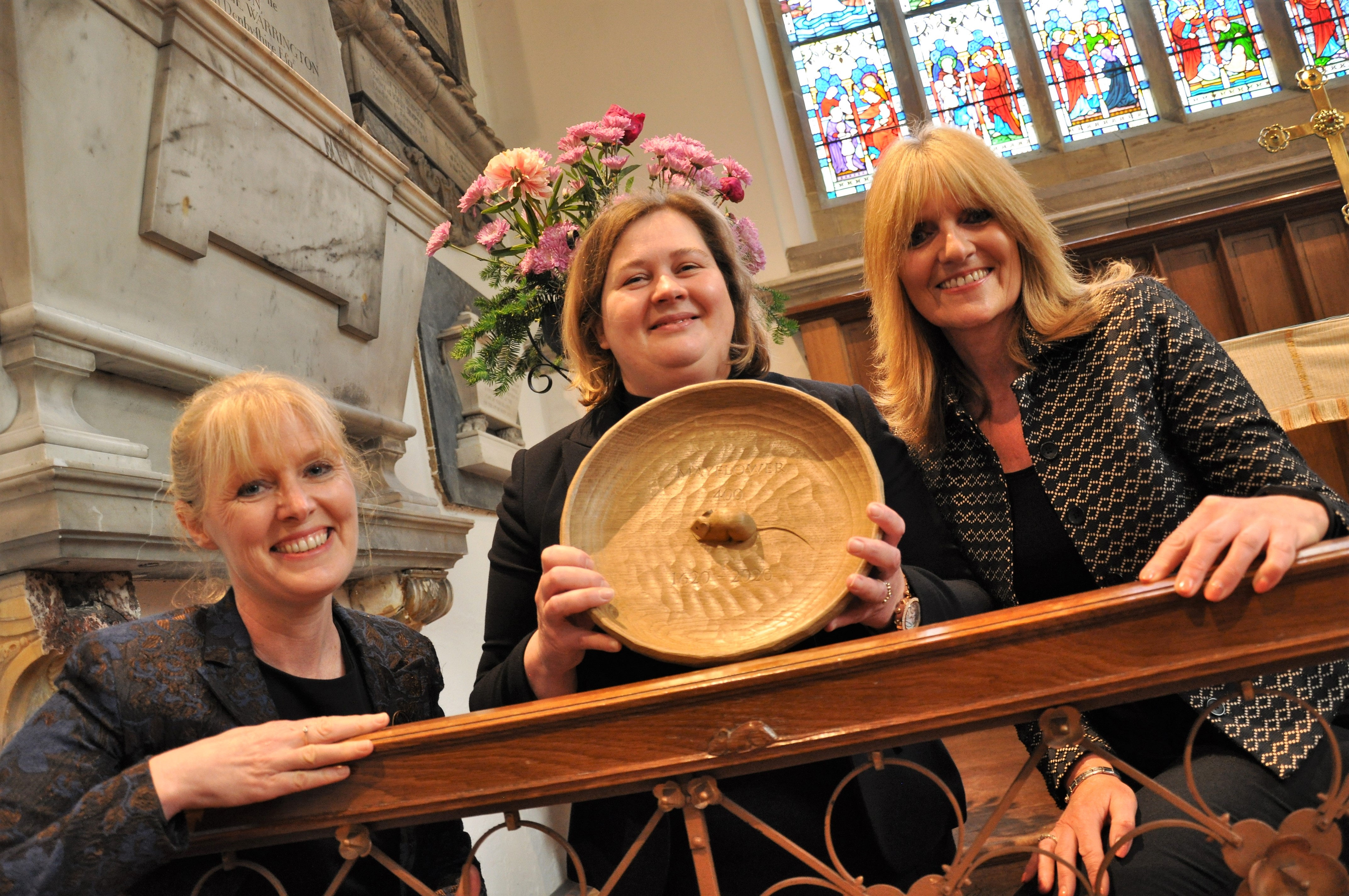 Bassetlaw District Council and Sally Outram, Director of Mayflower Pilgrims jointly commissioned the gift to present to Reverend Cora Yarrien, of the Benefice of Idle and Sand, which includes Babworth Church.

The famous mouse symbol, found on every item crafted by Robert Thompson’s has an uncertain history.

The story told by Thompson himself was that one of his craftsmen remarked that they; “we’re all as poor as church mice”, prompting him to carve a mouse on the church screen he was working on.

That particular mouse has never been found but it has continued as a trade mark of quality and dedication to craftsman ever since.

Cllr Jo White, Deputy Leader of Bassetlaw District Council, said; “We wanted to present this plate to Babworth as a symbol of our thanks to the Reverend and church wardens at All Saints Church who have gone out of their way to make visitors welcome.

“We have seen a marked increase in Mayflower descendants, tour operators and journalists coming to this area as interest in the 2020 anniversary builds, and we appreciate that Babworth is first and foremost a much loved place of worship with a very loyal congregation.

“This gift is as much to Babworth’s parishioners as it is to Reverend Yarrien.”

The church at Babworth is one of eight sites where new Pilgrims Trail interpretation boards are to be installed as part of the £750,000 Heritage Lottery supported Pilgrim Roots project led by Bassetlaw District Council. The trail complements a new Pilgrims Gallery at Bassetlaw Museum, scheduled to open in August 2019.

William Brewster, of Scrooby, became an elder and spiritual leader of the colony in Plymouth, while William Bradford, from Austerfield, served intermittently as Governor for 30 years.