The church that honours the pastor to the Pilgrims has launched a special exhibition dedicated to telling the story of the Mayflower and the English town where they worshipped in secret before escaping persecution.

The United Reformed Church in Gainsborough, Lincolnshire, was built in honour of John Robinson, the spiritual leader of the Pilgrims. It was built in his memory in 1892 following a request for a memorial from leading Congregationalists in England and American.

Now, a dedicated room at the historic church has opened with a fascinating exhibition - launched with performances from national dance project ‘The Imagination Museum’.

The event is of the Mayflower 400 project commemorating the pioneering sailing to the US, a key historical event for communities across the UK, US and the Netherlands. Many of the passengers on board the Mayflower were from the Gainsborough region. 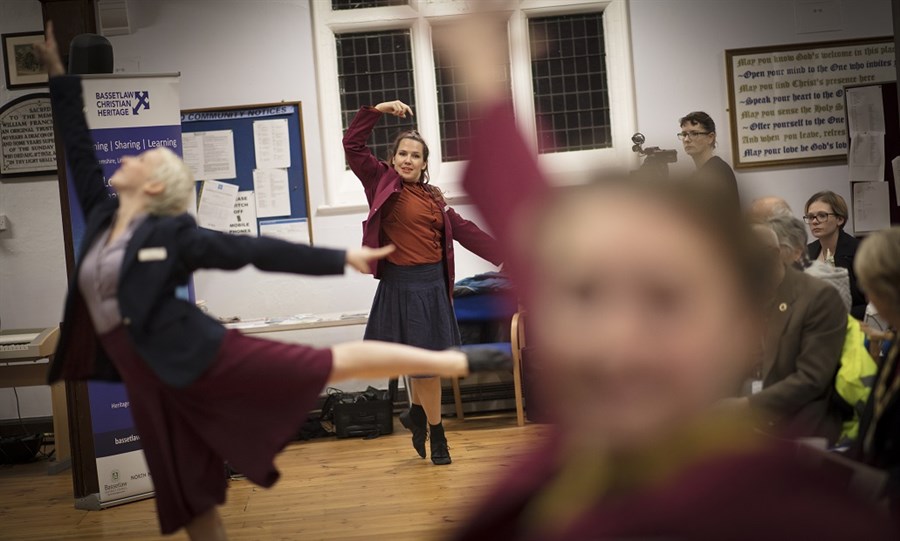 Dr Anna Scott, Mayflower 400 Officer at West Lindsey District Council, said: “The new Mayflower Room in the URC is a fantastic community-led addition to telling the local Separatists' story and how it is connected to Holland and America. The ‘Imagination Museum: Mayflower 400’ performances in Gainsborough have been well-received at our two key Pilgrims' heritage sites. We're looking forward to a special celebration performance in November as part of 2019's Pilgrims Festival.”

The performances see three eccentric tour guides lead you on a journey through history, using movement, text and music to explore what it was really like for many of the passengers from this area who travelled from England to America aboard the Mayflower in 1620.

Lincolnshire-born choreographer Katie Green says: “I am thrilled to be returning to Lincolnshire to respond to such a significant event in the area’s history. This is the very beginning of our Imagination Museum: Mayflower 400 project which starts this year in Lincolnshire and Nottinghamshire and will travel via Hampshire to Plymouth in October 2020, in line with the journey that people from this area took 400 years ago.”

Last month saw another successful set of Imagination Museum performances at Gainsborough Old Hall, where the dancers performed their Pilgrim story around the historic site, taking visitors along with them on their own Mayflower journey. The Old Hall was home to the Separatist congregation before they fled to Holland and journeyed to America.

Find out more about visiting Gainsborough