Explore our guide to Harwich

An inspiring sculpture depicting the Mayflower ship which carried the Pilgrims to America in 1620 has been revealed.

The piece of public art – which is seven metres high, seven metres long and three metres wide – has been commissioned to promote the historic seaside town of Harwich as one of the key destinations marking next year the 400th anniversary of the sailing in 2020.

Captain Christopher Jones, the ship’s master, was from Harwich, in Essex, as were several crew members and the ship itself was registered in the town. Harwich is marking its link to the historic voyage with a year of commemorative events.

Designed by artist husband and wife collaborators Hanman Murphy, the sculpture has been installed in Parkeston - greeting visitors arriving by sea from Harwich International Port. The aim is to encourage people to 'turn left' to visit the historic town. 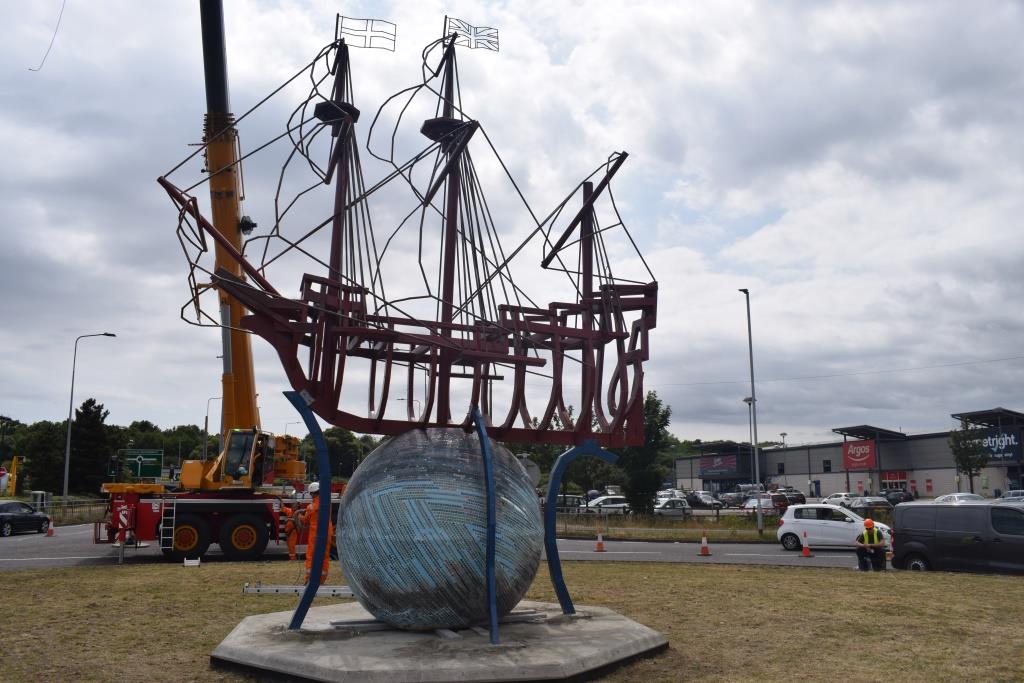 Inspiration for the materials came from Daniel Defoe’s early 18th Century work A tour thro’ the Whole Island of Great Britain where locals referred to the spring at nearby Beacon Hill as “turning wood into iron”. This quote will encircle the globe plinth.

Madelaine Murphy, one of the artists, said: “We wanted to create to create a structural skeleton that evokes the historic starting point of the Mayflower story, represented as structurally and proportionally accurate as possible. The globe reflects this interpretation of iron bearing waters, and the international legacy of the Mayflower.”

The sculpture was commissioned by Tendring District Council (TDC) and Alex Porter, Cabinet Member for Leisure and Tourism, said the installation showed how the area was stepping up preparations for Mayflower 400.

“We, along with many partners, are preparing Harwich to be an international tourist destination, focused on the Mayflower story but with lots of other history beside, for 2020 and beyond,” Cllr Porter said.

“This sculpture will act as a gateway into the area from the international port, as well as improving the public realm for local residents.”

Watch a video of the installation below

Groundworks for the sculpture were carried out by Essex County Council, and Cllr Porter thanked them for the work – along with Cadman who were responsible for transporting and craning in the giant artwork.

Matt Waddingham, Managing Director of Cadman Cranes, said it had been a fun project to be involved in.

“Most of our work is in construction, utilities and manufacturing, so it was a pleasant change to be involved with a piece of public artwork,” Mr Waddingham said.

“Cadman Cranes is proud to be able to support this project, and as a Harwich resident myself I am delighted to see some striking artwork that further enhances the character of our little corner of Essex.” 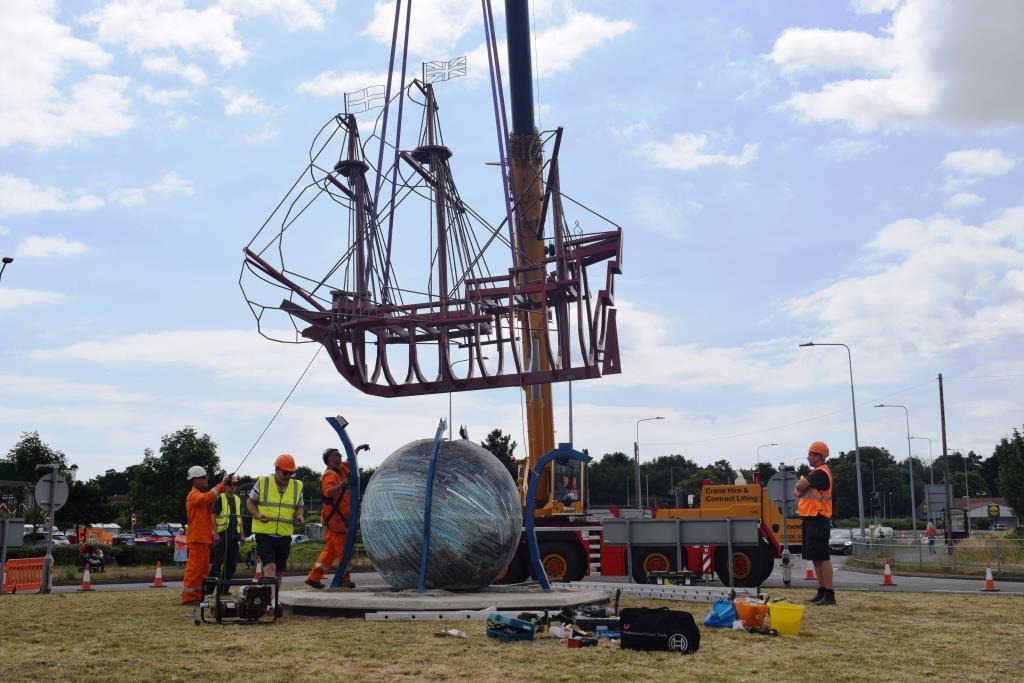 The sculpture being lowered into place

Finishing touches will be completed in the coming weeks.