An aerial view of Immingham

A groundbreaking interactive Pilgrims exhibition and heritage trail is being created in one the Mayflower 400 destinations that plays a key role in the ship’s story.

A £27,000 grant to bring the exciting attractions to life has been secured for the coastal town of Immingham in North East Lincolnshire.

When the Separatists who organised the Mayflower’s historic voyage fled persecution in England it was Immingham they sheltered in and then escaped from to travel to Leiden in Holland, before their pioneering journey across the Atlantic.

The funding will enable Immingham to create a new permanent exhibition in its museum, along with the creation of a heritage trail and a dedicated website to support the town’s heritage offer to visitors centred on the Pilgrims who sailed on the Mayflower ship in 1620.

The exhibition will tell the story of the Pilgrims and the role the town played in their escape in 1608.

The funding will also contribute to: The inscription on the Pilgrim Monument in Immingham, erected in 1924 and made from rock imported from Plymouth, Massachusetts

After leaving Immingham and arriving in Holland, the Separatists spent more than a decade there before leaving on the Speedwell, meeting the Mayflower in Southampton. Stops came at Dartmouth and Plymouth, when they disembarked the leaking Speedwell to all board the Mayflower. This passengers, who became known as the Pilgrims, left Plymouth in September 1620 before arriving in America later that year.=

Before their escape from Immingham, they had been held in nearby Boston and tried at the town’s Guildhall when they were held captive by the authorities for their beliefs in the cells below.

North East Lincolnshire Council secured the £27,000 grant from the European Agricultural Fund for Rural Development (EAFRD) through a LEADER project designed to support cultural and heritage activity in rural areas, along with a 20 per cent match fund from Associated British Ports.

Next year marks the 400-year anniversary of the Mayflower’s journey to the new world presenting Immingham with a unique opportunity to maximise its visitor offer from late 2019 when the national and international commemorations begin. 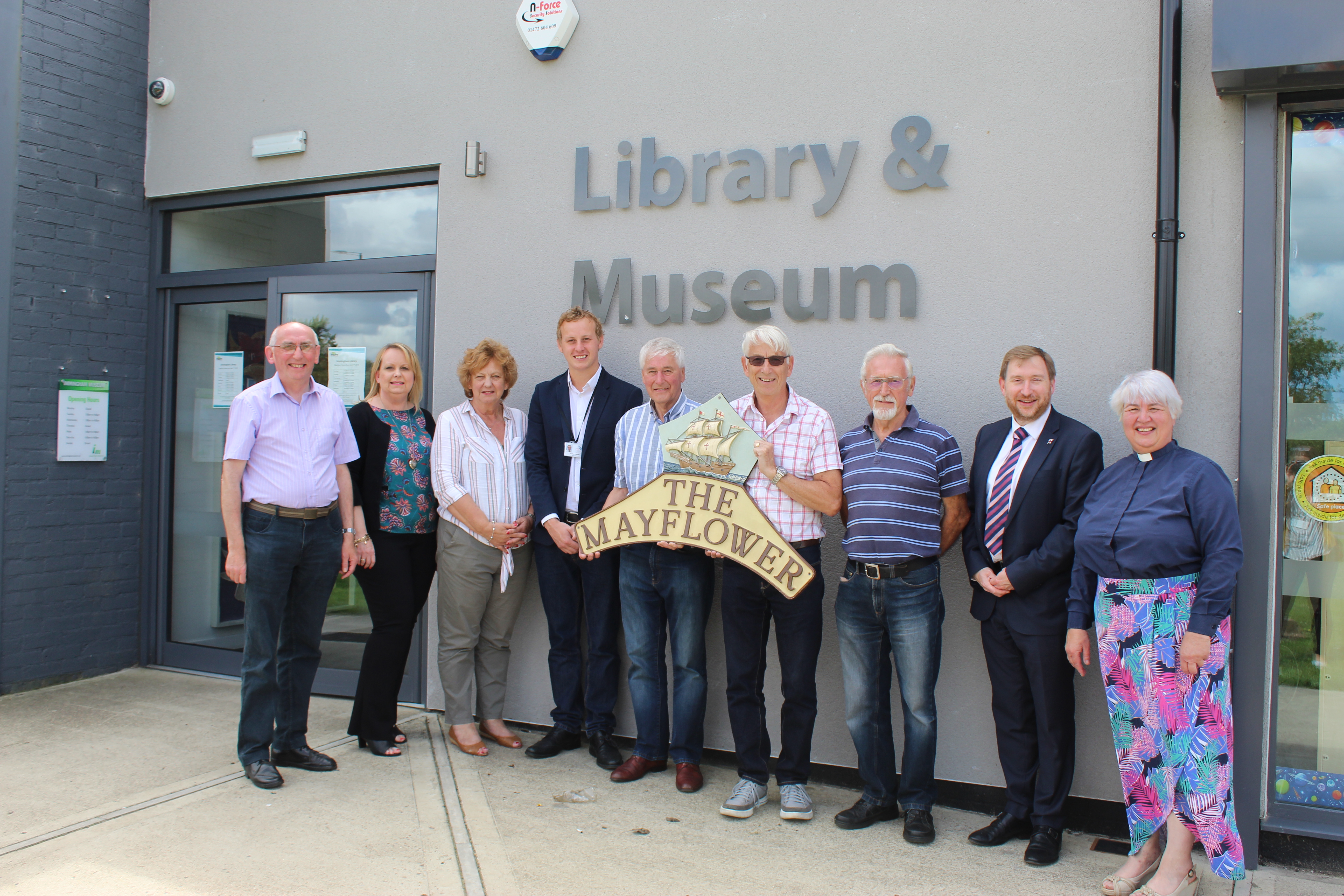 Councillor Callum Procter, portfolio holder for tourism, heritage and culture, said: “The national Mayflower 400 commemoration is a unique opportunity for Immingham to draw visitors to the town by showcasing its involvement in this momentous story, and taking its rightful place alongside the other eleven locations involved in this shared history.

“We have the prospect of attracting visitors from as far afield as America as they come to England to discover their Mayflower and pilgrim roots.

“The visitor experience will be greatly improved by the installation of the new exhibition and the new heritage trail, attracting many new visitors to our area.

“This project will create a lasting legacy beyond the 2020 commemoration year and is expected to have a positive impact on the local economy as visitors are likely to stay over or visit for the day and spend in the local area.”

Dafydd Williams, head of corporate affairs for Associated British Ports, said: “We are delighted to be giving our support to this project.

“It seems entirely appropriate that we should be helping the local community to commemorate the town’s significant role in such an important moment in history.”

Malcolm Cullum, chair of trustees at Immingham Museum, added: “We are delighted to hear this news. Immingham is very much part of the Pilgrim Father’s story and the town is very proud of its heritage.

“To enable us to create a new and exciting exhibition to tell the story for both locals and visitors alike will be such a boost for the museum and we extend our thanks to everyone who has worked so hard to make this happen.”

A formal launch event to open the museum’s new exhibition and a commemorative walk to launch the heritage trail is planned for late autumn.

Further information will be provided when the project officially starts later in the year.