A hugely significant wampum belt - the traditional belt of the Native American Wampanoag tribe - will be made in response to the 400th anniversary of the sailing of the Mayflower.

It will be part of a touring exhibition of the historic belts together with Native American artists that will travel venues across the UK linked to the Mayflower story in 2020.

This is the first commission from the UK to acknowledge our cultural connection to the Wampanoag people who met the passengers of the Mayflower and ensured the survival of the new English settlers 400 years ago.

The belts are a central part of the Wampanoag culture and existed long before European explorers appeared in America.

Wampum: Stories from the Shells of Native America is an ambitious response to the 2020 anniversary of the sailing of the Mayflower and the creative opportunities it offers on both sides of the Atlantic. 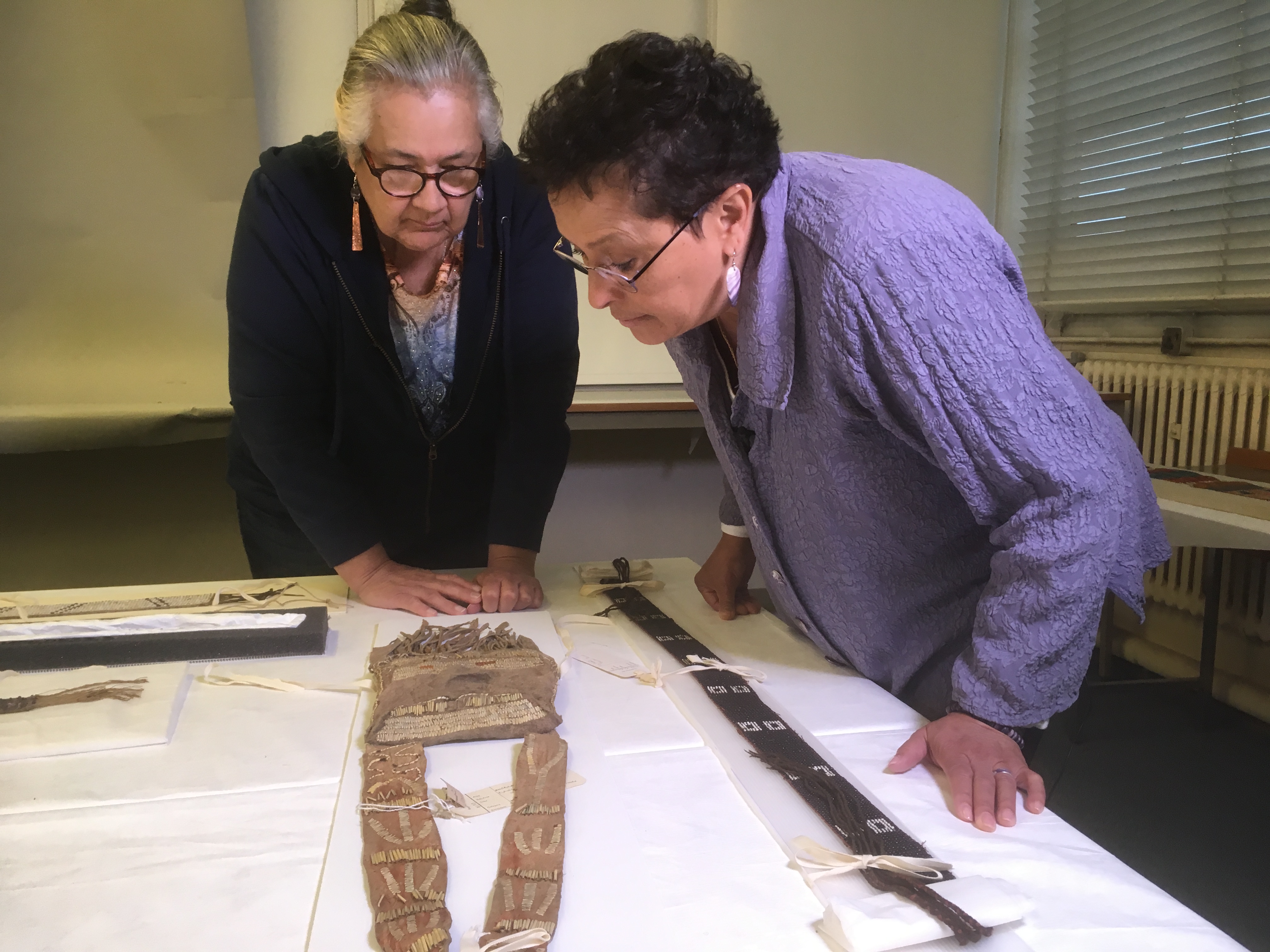 This is a partnership project uniting Wampanoag artists and educators in the US with The Box, Plymouth's new multi-million pound heritage attraction. Together they will create:

Thanks to funding from the Arts Council, bead-maker Jason Widdis, weaver Linda Coombs and scholar Paula Peters have begun the work of creating a new wampum belt for 2020 and beyond.

Paula Peters, of the Wampanoag Advisory Committee said: "Support for the making of a new belt is helping the Wampanoag community restore this historic tradition and begin anew. The project is engaging both wampum and weaving artisans to produce a belt that connects our history to our contemporary times and invites future generations to contribute."

Wampum is made from the quahog shell and crafted into purple or white beads carefully woven together. The new commission will require 5,000 beads if the new wampum belt is to be nearly 5ft long. This is a massive undertaking for the makers, and for the 5000 Wampanoag people of Massachusetts awaiting its creation.

The new piece is being designed to reflect rich ancestral traditions and the continuing craft of wampum-making in and around Cape Cod. 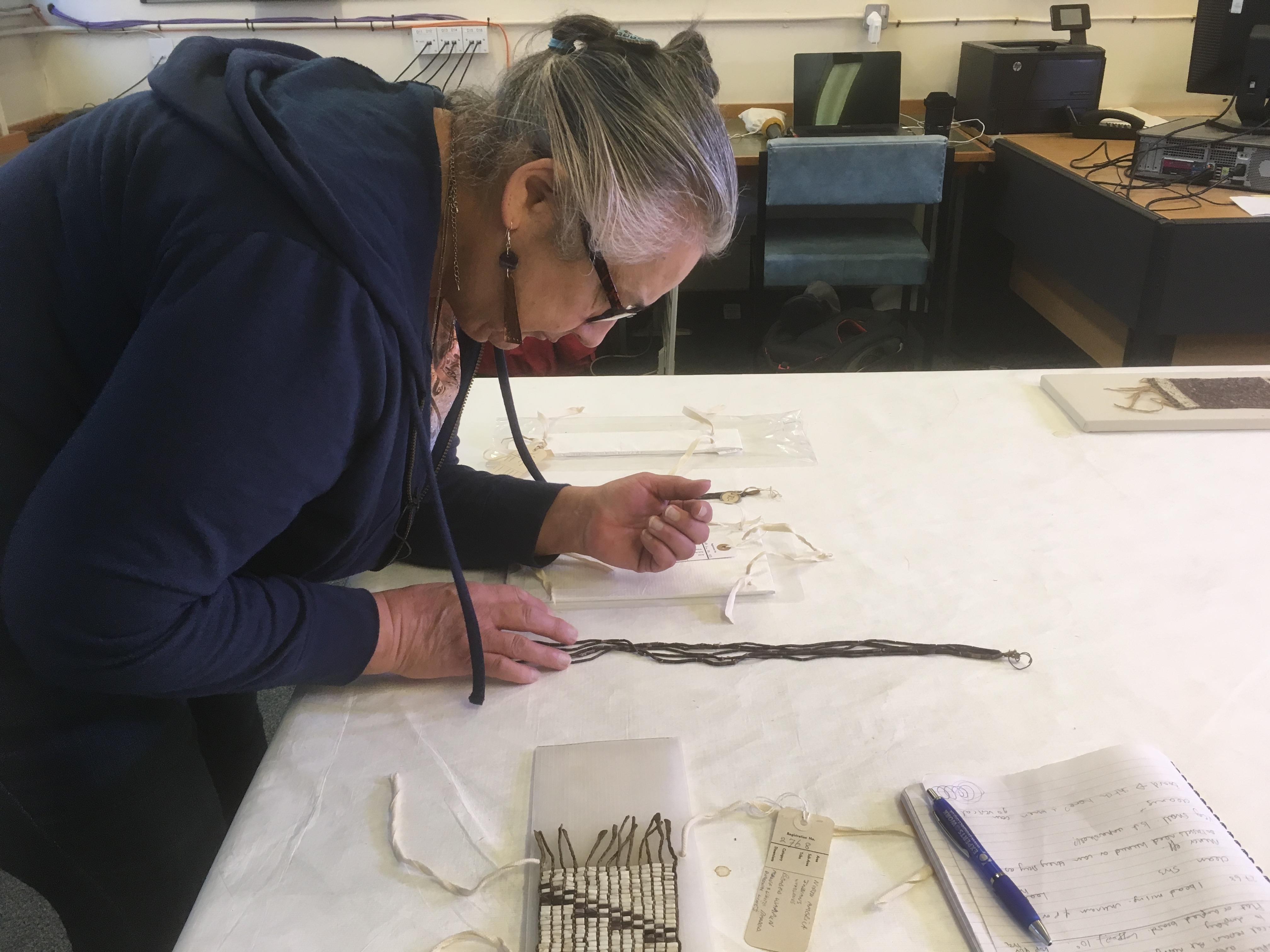 As part of their research, the makers visited the British Museum in April. Historic collections of wampum here reveal traditional making-patterns and designs dating back to the 1600-1800s.

The visit to the British Museum stores was the first for Linda and the second for Paula who saw the pieces in 2017 – a visit which inspired the project itself. On both occasions, there were prayers given in the Wampanoag language (Wopanaak).

Linda Coombs, of Wampanoag Advisory Committee said: "The artifacts including wampum belts and other weavings, are incredibly sacred to the tribal people of our ancestral homeland and to pray over them in their indigenous language was an important ritual."

Working with conservators, Paula and Linda were able to share their knowledge of wampum and the traditional craftsmanship involved in its creation, whilst learning about the origins and history of the collection here in England. This shared expertise is informing the design of the new wampum belt, which will see the new piece being displayed alongside the old in 2020.

Paula added: "The trip was very beneficial and inspirational as the work progresses on the wampum belt in our community. It is certain to be historically and culturally very significant."

The new belt is inspired by the quest for an old one - belonging to the Wampanoag sachem, or chief, Metacom. Following the war of 1675/6, his regalia which included symbolic and important wampum, was given to the English victors, and it’s thought, was sent to England. The search for it continues.

The Box, Plymouth is pleased to be working alongside Smoke Sygnals and the Wampanoag Advisory Committee to create Wampum: Stories from the Shells of Native America. The exhibition will tour to The Collection, Lincoln, Guildhall Art Galleries, London and Sea City, Southampton arriving in Plymouth in September 2020.