Thousands of pennants will decorate a historic town in a unique stitchery project where people from around the world have contributed crafty creations linked to the Mayflower story.

It’s hoped more than 6,000 hand-made pennants will be hung around Dartmouth when it marks the 400th sailing of the Mayflower next year, in a blaze of colourful bunting that will transform the town.

Thousands of the pennants have already been cut, stitched and decorated by a team of expert crafters while many have arrived from far and wide, sent to the picturesque coastal town where the Pilgrims made their penultimate stop before crossing the Atlantic in 1620.

Word of mouth has spread to people and places linked to the Mayflower story and they have responded by sending hand-made pennants from the USA, New Zealand, Japan, Ireland, Europe, Africa and Australia. 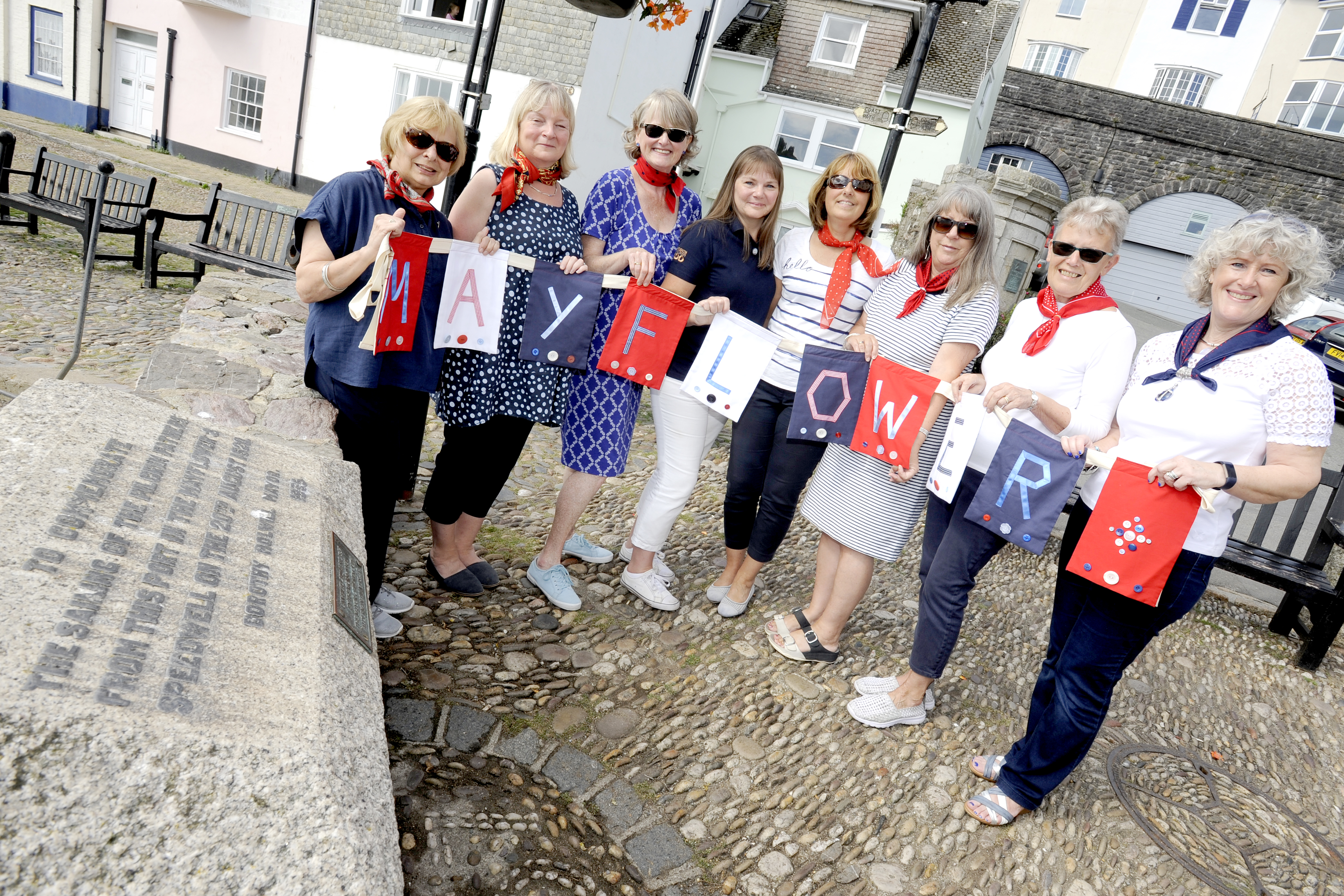 Some have come from descendants of the ship’s passengers, particularly from the US state of Massachusetts - where the Pilgrim Fathers eventually settled. They all follow three basic rules - to keep the colours of predominately red, white and blue, link the design to the Mayflower and keep the pennant to an A4 sized template.

The pennants will be hung around Dartmouth in August in the build-up to the anniversary of the sailing during the Mayflower 400 commemorations in September 2020. The ship famously made its last stop after Dartmouth in Plymouth on September 16, 1620.

The idea was the brainchild of Rose Williams and Valerie Bird, who lead an enthusiast team of around 200 with a core of 10 volunteers at the heart of the operation. The whole team includes makers, hangers and a pinning team who are battling with around 2,250 metres of hanging tape and 50,000 metres of thread. 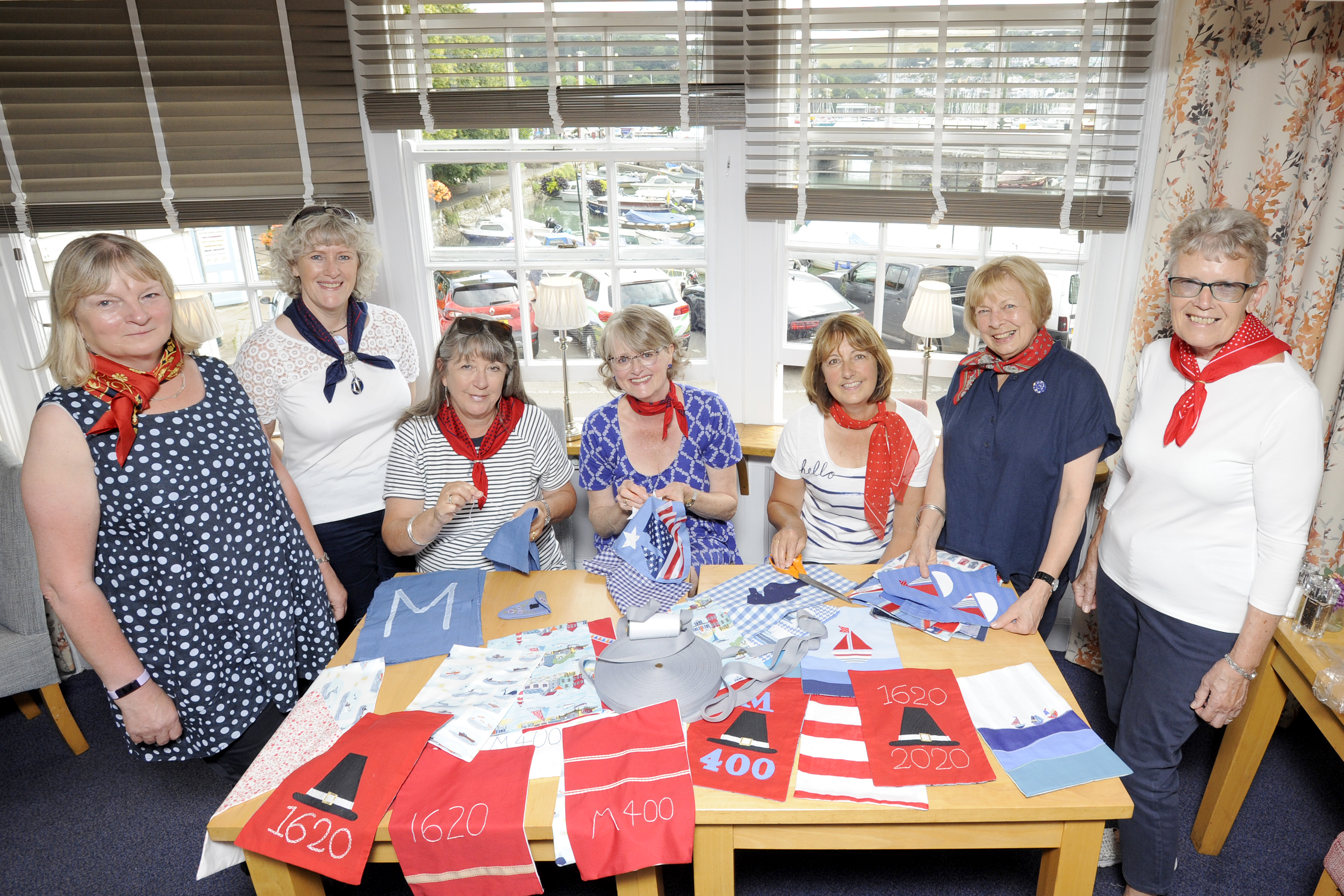 Rose said: “Since we posted what we are doing on Facebook it has spread around the world, and crafters with a connection to the Mayflower have been spending their time making pennants and sending them to us from far flung corners of the globe!

“So far, we have reached our original target of 4,000 and we hope to make it to 6,000 eventually, which will make for the most spectacular display when they go up.

“Our youngest maker is a ten-year-old girl from Melbourne in Australia called Annabel who heard about the project while on holiday here and joined in with one of our workshops. The support we’ve had, particularly from local businesses, has been wonderful.” 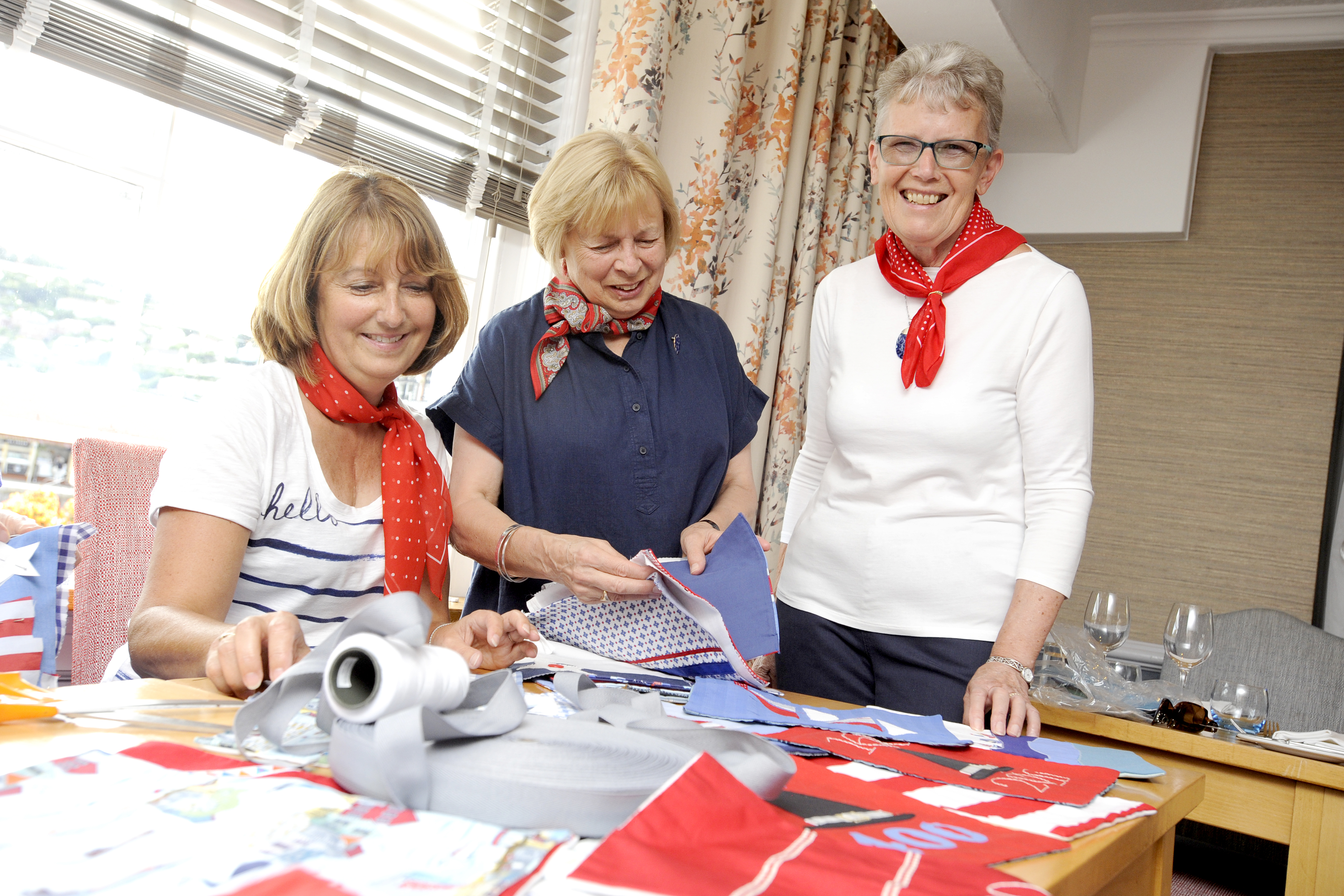 The teams of makers have been holding workshops in the Dartmouth area, with businesses and organisations including the Royal Castle Hotel, Alf Resco and The Flavel Arts Centre kindly donating their facilities to Rose and Val’s team.

If you would like to make a pennant, donate fabric or contribute to essential funds, please get in touch with Rose via the email marketing@dartmouthmayflower400.uk