This film in our 'Re-informed' digital series enables viewers to discover what life was like before the Mayflower passengers arrived in America and how the Native American people lived their lives before they were changed forever by colonisation.

It explores the culture of the Wampanoag people, whose land the Mayflower passengers settled on, and looks at their day-to-day lives including how they built a typical Wampanoag home - known as a Wetu.

'The Making of the Wetu' film speaks to Darius Coombs, Director of Wampanoag and Eastern Woodlands Research and Interpretive Training at Plimoth Patuxet.

Darius is one of the designers of a specially commissioned wetu. Members of the Wampanoag Nation are planning to visit Nottinghamshire this September as part of the Mayflower 400 commemorations.

The newly constructed wetu will go on display in the grounds of Bassetlaw Museum - close to the original homes of Mayflower passengers such as the Bradford and Brewster families.

Organisers are also hoping to hold a conference on acceptance and the Wampanoag perspective during September.

Darius says: "The Wampanoag is a nation of people that spread in large parts of Massachusetts, and amongst that nation we probably had about 70 communities with different names. This area around Plymouth was called Patuxet, which means 'place with little waterfalls'.

"So, you would move into your winter community, which could hold anywhere from 400 people to 4,000 or 5,000 people - and that's when you would live in those big bark-covered houses. These houses could be anything up to 100 or 200ft in length and hold maybe 10-20 families being somehow related on the inside.

"The groups would hunt and go for the four big animals; they would hunt with the bow and arrow, use deadfall traps for the black bear. The women would probably spend a lot of time inside the houses, cooking, and weaving baskets and mats and bags, making clothing.

"The elders of the community could do whatever they wanted to do, as they'd been there, done that; they'd got the wisdom, the knowledge. Their main responsibility would be to tell those stories to the kids. Our traditions has always been oral, so it's always been spoken and passed down.

"Each community would have a chief, a leader who would have the council and make the best decisions for that community. 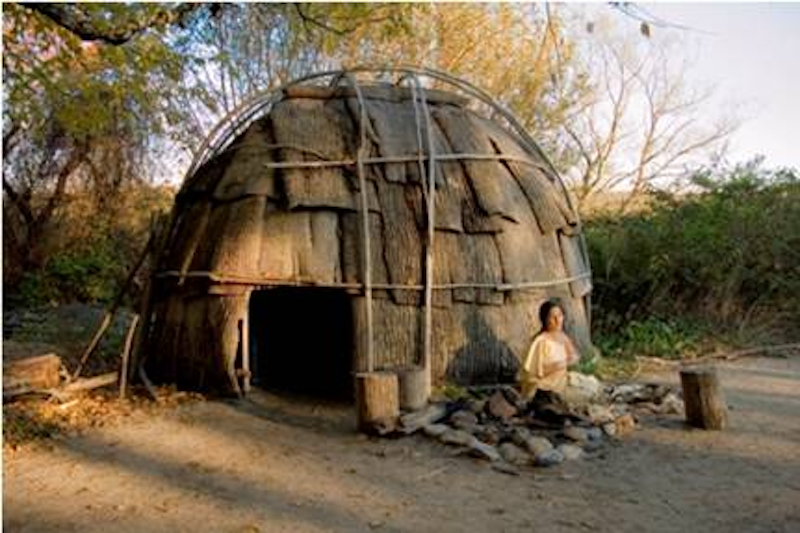 "We have medicine people still today. You hear a lot about medicine men, but most of our medicine people are considered to be women back then - and they would have had more power than the chief. If they don't see the chief doing the right thing, they can take that person our of power and put somebody else in.

"Normally, that didn't happen and leadership was passed down from father to son, though we do know there were women leaders back then. If the son wasn't capable enough to run the government, you pass it to your daughter.

"The difference between our culture and other cultures is that we have a lot of respect for our women. You have to respect anything that gives life. The women control anything that goes on in the house.

"Divorce was really rare back then. If you got married, when you had your ceremony, that was a heavy thing and still is today.

"If a woman wanted to get a divorce from her husband, the only thing she had to do was take the man's belongings and put them in front of the door.

"So, if the man came from hunting and saw all his things out there, he would have to leave."